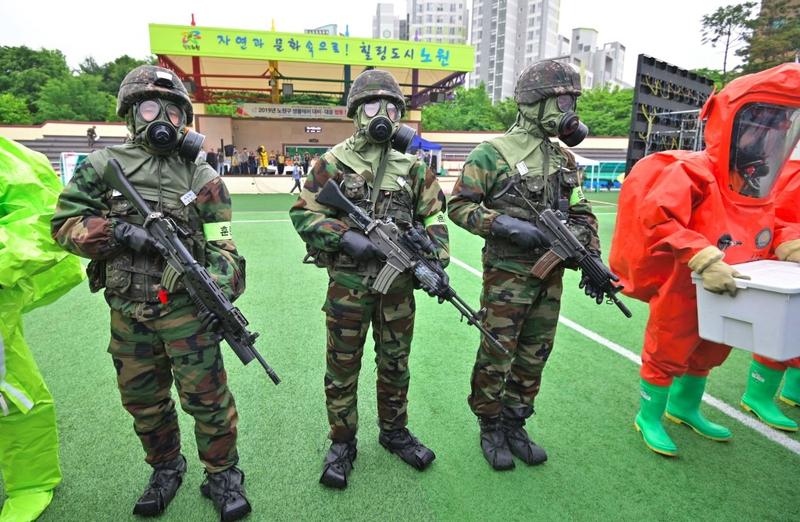 SEOUL - It has been 70 years since the Korean War broke out on the peninsula, which is still divided despite continuous inter-Korean dialogue efforts since the Kim Dae-jung administration (1998-2003).

As a result, over the past few decades, the obligatory military service for South Korean men has been a highly sensitive issue, as they were deprived of opportunities in education and work for a certain period of time.

Further, ordinary men are frustrated by many allegations of dodging conscription or exploiting illegitimate (or expedient) methods to evade full-time duty and enjoy shorter, alternative duties. These irregularities sometimes have been committed mostly by sons of some political heavyweights and TV celebrities.

Though the volunteer military enlistment has come under the spotlight during the Moon Jae-in administration, it seems that there is an apparent lack of social consensus.

In addition, a significant issue surrounding the enlistment has been the period of military service, which has continued to shorten since the Park Chung-hee military regime in the 1960s-70s.

It fell to 26 months during the first year of the Kim Young-sam administration (1993), after being untouched for a decade.

The term was cut again to 24 months under the Roh Moo-hyun administration in 2003 and to 21 months under Lee Myung-bak in 2011.

The key issue is the low fertility rate and drastic reduction in the youth population including those in their early 20s.

Advocates of the volunteer military system warn that the nation would have no choice but to increase the service term, should it stick to the current obligatory draft, citing the so-called “demographic cliff.” Among them are some conservative politicians as well as those from the liberal Democratic Party.

In contrast, opponents claim that volunteer enlistment could bring about social disparity in the national defense service. They say that the majority of those volunteering would be those from the low-income households – for the purpose of stable income.

ALSO READ: US, S. Korea to hold new round of talks on military cost-sharing

Irrespective of the pros and cons over the compulsory and volunteer enlistment, experts share the view that the administration and the Ministry of National Defense should map out mid- and long-term countermeasures against a sharp decline in the number of youth.

A decade ago in January 2010, the number of South Korean males aged below 19 reached 6.13 million, according to the Ministry of Interior and Safety.

The data indicates that the nation saw the manpower for future enlistment decline by 23.6 percent – or 1.45 million people – in 10 years.

Concerning the suggestion by the ruling Democratic Party’s think tank to gradually introduce volunteer enlistment in November 2019, most online commenters appeared to be skeptical.

A commenter said that “the nation will be saddled with the tough burden of state pension for professional soldiers in addition to the payouts for the growing number of civil servants.”

Many of them online raised the speculation that the ruling party is struggling to attract middle-aged voters, who have male children, or from the young teenage voters and those in their early 20s. Under the scenario, some from the age group could delay military duty for several years until college graduation, or extend it further by entering graduate schools.

A commenter criticized the Moon administration for curtailing the service term in the Army from the current 21 months to 18 months.

Draftees to the Navy and Air Force will also enjoy a reduction from 23 months and 24 months, respectively, starting from June.