Editor’s note: Since its establishment in 1997, China Daily Hong Kong Edition has been a witness, facilitator and contributor to the city’s dazzling economic progress, growing international influence, and stronger integration with the Chinese mainland. Let’s stroll down memory lane with CDHK by revisiting select front pages — snapshots of historical moments — to mark with CDHK the days of joy, happiness and sadness. 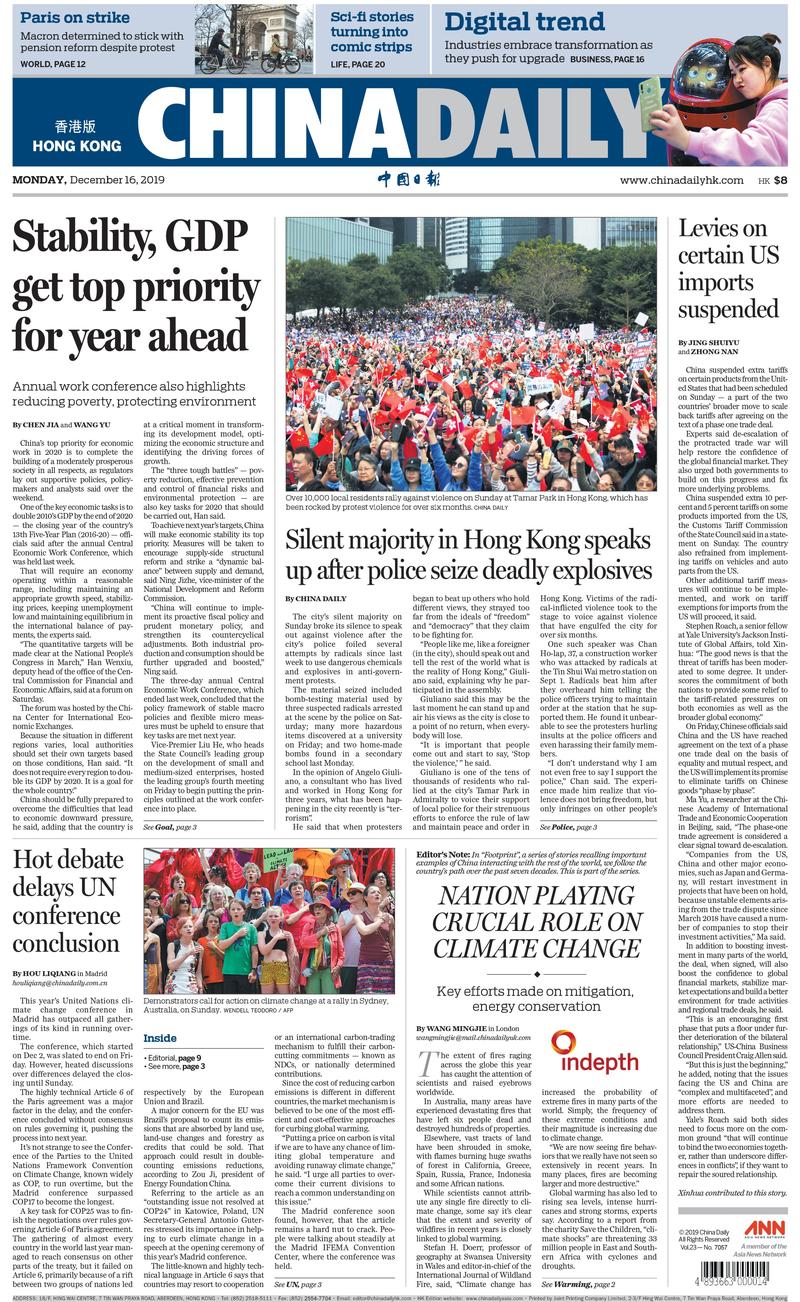 Over 10,000 Hong Kong residents turned out in droves at the city’s Tamar Park in Admiralty to voice their support for the police on Dec 15, 2019, after violence had engulfed the city for over six months.

It was part of the efforts of the city’s silent majority, who broke their silence to rally behind the police, who had endured continu-ous criticism for using force to maintain order during the incessant street rallies, which had frequently turned violent and featured acts of vandalism and clashes with the police.

The rain failed to dampen their spirits. The crowds flanked the stage’s perimeter, waving national flags. Some victims of the violence inflicted by the radicals took to the stage to speak out against violence and thanked the police for their strenuous efforts to maintain the city’s order and peace. 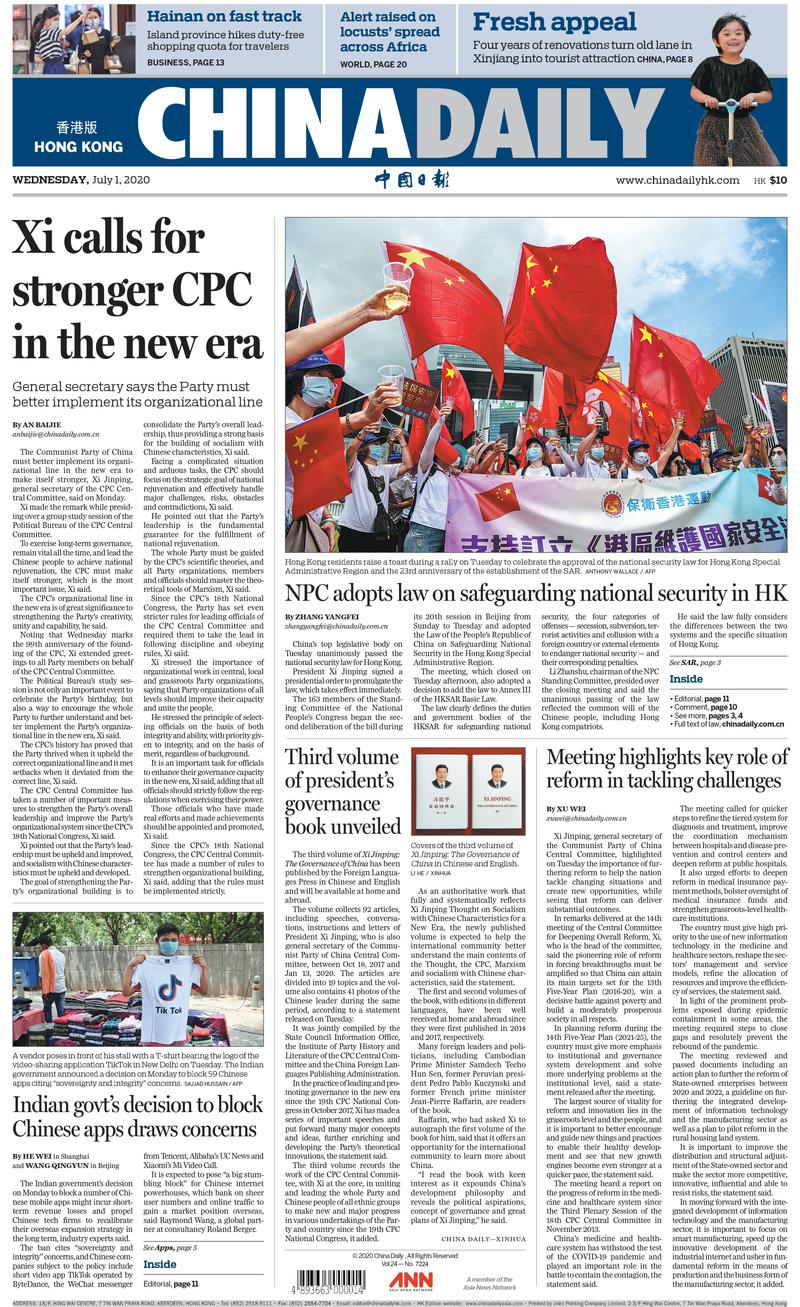 China’s top legislative body, the National People’s Congress, on June 30 unanimously passed the decision to adopt the Law of the People’s Republic of China on Safeguarding National Security in the Hong Kong Special Administrative Region. The move closed a long-standing loophole in the measures for implementing national security in the city, providing a legal basis for the city to fulfil its responsibility of safeguarding national security.

The law prohibits four types of national-security endangering acts – secession, subversion, terrorist activities, and collusion with a foreign country or external elements to endanger national security – and stipulates the corresponding penalties for committing such acts.

The law was introduced when the city was embroiled in months-long acts of street violence and vandalism, which led to chaos and instability. With the law in force, the city quickly regained its stability and returned to peace and order.