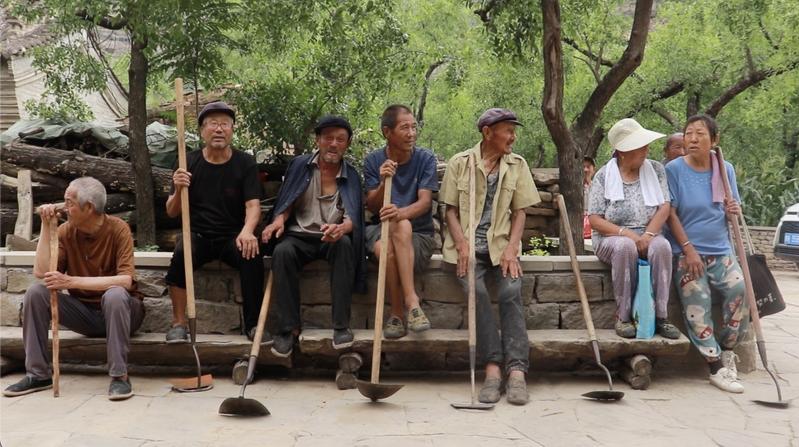 This summer, during a social practice trip to Northwest China's Shaanxi province, 14 students from Peking University's School of Journalism and Communication took portrait photos of the residents of an isolated village.

They took the photos in a makeshift studio they had constructed in the village committee's building. The villagers, holding baskets of dates, freshly-picked watermelons or farming tools, smiled as they presented their simple yet fruitful lives in front of the cameras.

Some sat next to their spouses or grandchildren to pose for a warm, adoring family photo.

Tucked away in the northeast of Shaanxi, Nihegou village lies on the banks of the Yellow River and boasts a long history and a rich culture. Known for its red dates, it is home to some 200 people and the average age is 64.

Zhang Yunling, a graduate student from the school, said most of the villagers are seniors, as the young people work in nearby counties and cities.

"They were very hospitable to us and very happy to see us," she said.

Taking portrait photos of the seniors in the village was something the students had thought about doing since the 14-strong team was formed, and they hoped they could do something meaningful for the villagers. 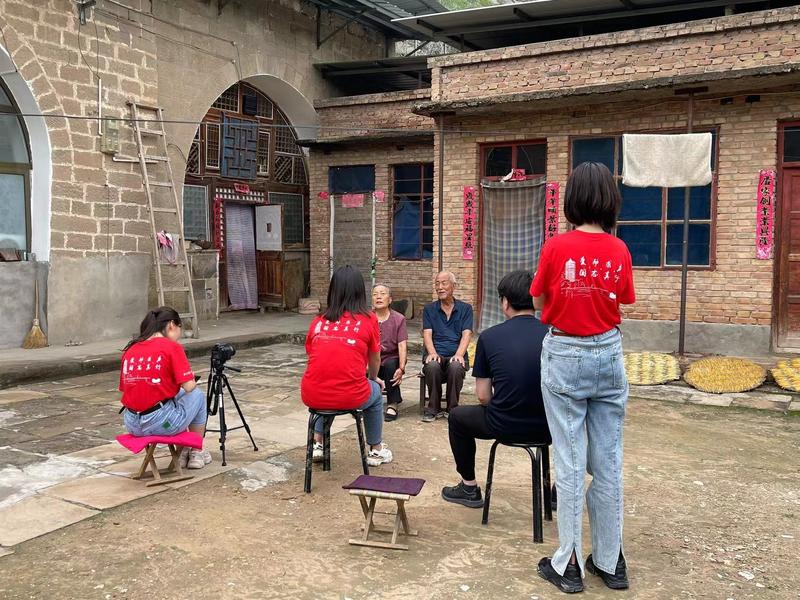 The students from Peking University shoot a documentary about the village. (PHOTO PROVIDED TO CHINA DAILY)

The village does not have a photographic studio, and the villagers hardly had any previous opportunities to sit for photos, Zhang said.

"Throughout the days of the shoot, I was moved by their smiling faces as I could read their pure kindness and passion for life," Zhang said. "Never before had I felt the vitality of such photography."

The students managed to take a handful of photos of every villager. Some shots captured their daily lives, while more formal pictures were portraits for use after they die, she said.

Although the students could not understand the villagers' dialect very well, the locals were happy to talk with them, and many offered dates and other local specialties, she said.

Zhang said she lived in the countryside in Yunnan province with her grandparents when she was small, but it would be difficult for her to return there frequently as she will probably find a job in a big city.

Only a handful of students in Yunnan can be enrolled at PKU every year, she said, adding that she felt that getting a master's from the university would be something of a waste if she simply returned to her hometown afterward.

Liang Qin, an undergraduate at the school, said that she has photographed many people since the beginning of the year, but no one touched her as much as the villagers did.

Villager Wang Qinze and her granddaughter are seen in a photo taken by the students. (PHOTO PROVIDED TO CHINA DAILY)

The experience in the village changed her understanding of photography. "With them sitting in the makeshift studio, I found that photography has more to do with the people and less to do with technique, applying makeup or dressing up in nice clothes," she said.

"The seniors had little experience of having their picture taken and they would stare at me in confusion. I tried to speak some of the local dialect to soothe and comfort them, telling them 'Smile!' or 'Pretty good!'

"For the first time in my life, I was moved by the photos I took. Looking through those photos, I found the villagers in them were particularly photogenic." Taking the photos made her think of her parents and grandparents in her hometown in Hunan province, she said.

"Seeing how lonely the villagers can be without their children nearby, I do not want my parents to be left behind in my hometown when they get older, so I will try to find work in places near my hometown when I graduate," she said, adding that young people have a responsibility to contact their elderly relatives as often as possible.

Zhao Kun, who graduated from PKU in 2020 and is now an official in Nihegou, said the photos are particularly moving because each villager has lived a fruitful life, and their faces and wrinkles represent the resilience of ordinary Chinese people who never bow down to hardships.

Having worked in the village for eight months, he does not feel that it is a waste of talent for graduates from famous universities to work in remote places.

"While I have learned 'book knowledge' and theories and heard lectures by famous professors, working in the village has enabled me to learn 'social knowledge' and solve the problems real people face," he said. 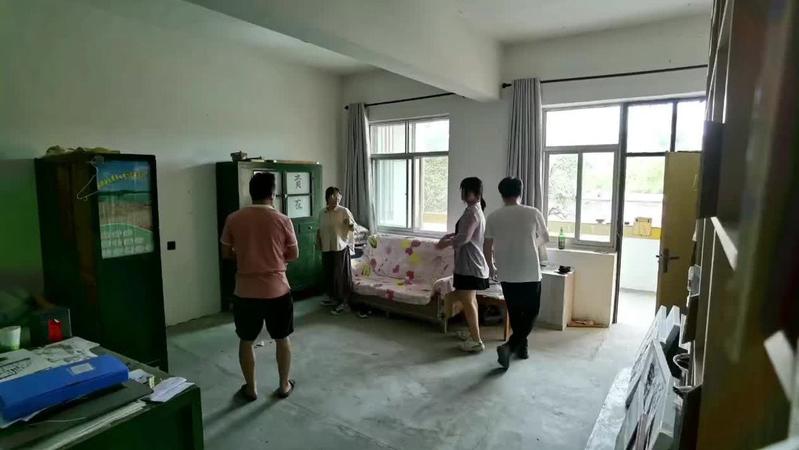 The villagers have so much valuable life experience, he said, and although life has dealt them heavy blows, they remain optimistic and embrace every day with high spirits. He added that their wisdom and life philosophy had influenced him.

Although still new to the village, he has basically learned the local dialect, helped obtain government funding to build a concrete road and a greening project, and organized a small concert to spice up people's lives, he said.

These villages are in desperate need of young people who can bring new ideas to contribute to rural vitalization, he said, adding that tourism may be the key to achieving rural vitalization in Nihegou because the land is not as fertile as before, and it is not feasible to develop manufacturing industry in the isolated spot.

To attract tourists, local officials have hung villagers' portraits and scenic photos on a wall, and are building several homestays and collecting information to help develop a village history hall.

"The original inspiration for me to become a government official was to change people's lives. I am doing it in this village every day," Zhao said.