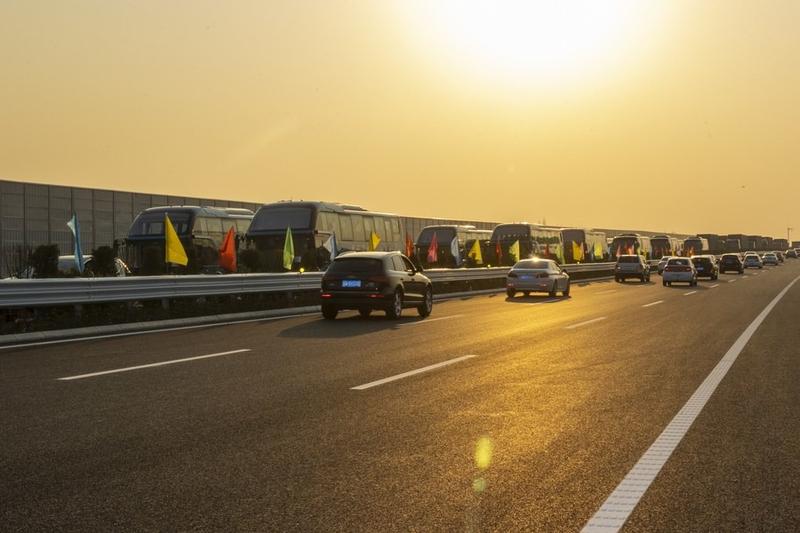 NANJING - A maglev vehicle technology test saw a 2.8-tonne car float 35 millimeters above the road and run on a highway in east China's Jiangsu province.

Developed by the Chengdu-based Southwest Jiaotong University, the car was modified from a traditional vehicle. A permanent magnet array was installed for levitation, and the road was laid with good conductor rail that allowed the car to levitate.

A permanent magnet array was installed for levitation, and the road was laid with good conductor rail that allowed the car to levitate

The development of maglev vehicles will follow as a focus, said Deng Zigang, a professor at the university who hopes the technology can help reduce energy consumption and increase the driving range of cars in the future.

Another road test, this time with speeds of 200 kilometers per hour, was conducted on the same day. A total of eight cars, including five new energy vehicles, were tested on a 7.9-kilometer section of the highway, with a maximum speed approaching 230 kilometers per hour.

The tests were organized by provincial transport authorities and aimed to study road design and safety measures for high-speed driving.