Nation hits back at new US lawmakers' Taiwan trip 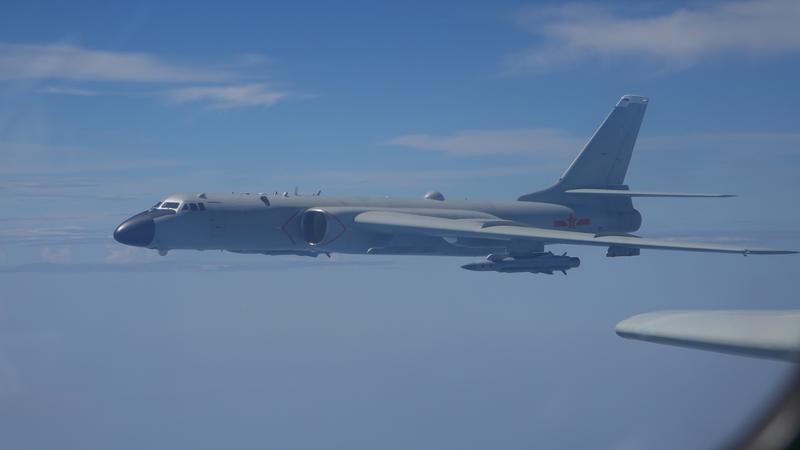 China hit back on Monday at the latest trip to the Taiwan region by lawmakers from the United States, conducting renewed military drills around the island and vowing to take resolute measures to safeguard the national sovereignty and territorial integrity.

The five-member congressional delegation led by Senator Edward Markey, a Democrat from Massachusetts, arrived in Taiwan on Sunday.

The two-day trip came less than two weeks after US House Speaker Nancy Pelosi made a provocative trip to the island. China responded to Pelosi's visit with a series of countermeasures and days of military drills in the seas and airspace around Taiwan.

As a solemn deterrent against the US and Taiwan continuing to play political tricks and undermining peace and stability across the Taiwan Straits, the Eastern Theater Command of the PLA conducted combat patrols involving troops of multiple branches of the military and live-fire exercises in the Taiwan region on Monday

As a solemn deterrent against the US and Taiwan continuing to play political tricks and undermining peace and stability across the Taiwan Straits, the Eastern Theater Command of the People's Liberation Army conducted combat patrols involving troops of multiple branches of the military and live-fire exercises in the Taiwan region on Monday, Senior Colonel Shi Yi, a spokesman for the theater command, said in a statement.

Senior Colonel Wu Qian, a spokesman for the Ministry of National Defense, said on Monday that the delegation's visit fully exposed Washington as a troublemaker and saboteur of cross-Straits peace and stability.

China urged the US to stop going further down on the wrong path of obscuring, hollowing out and distorting the one-China principle to avoid further damage to bilateral ties and cross-Straits peace and stability, Wang said in a regular news briefing in Beijing.

"A handful of US politicians who colluded with 'Taiwan independence' separatists with the attempt to challenge the one-China principle are overestimating themselves and are doomed to fail," he said.

Ma Xiaoguang, a spokesman for the Taiwan Affairs Office of the State Council, said on Monday that some people in the US are not learning from the grave consequences of Pelosi's provocative move.

On the second day of Pelosi's visit to the Taiwan region, China announced a suspension of imports of fruit and fish from Taiwan and imposed curbs on its export of natural sand to Taiwan.

In a white paper titled "The Taiwan Question and China's Reunification in the New Era" released on Wednesday, the Chinese government gives a comprehensive overview of the history, policies and propositions on the Taiwan question.

Resolving the Taiwan question and realizing China's complete reunification is a shared aspiration of all the sons and daughters of the Chinese nation, the white paper said, and that China will not flinch in the face of external interference, nor will it tolerate any infringement upon its sovereignty, security and development interests.

In an article published Monday in the magazine "Current Affairs", Nathan J. Robinson, editor-in- chief of the magazine, and Noam Chomsky, a US academic, said that US officials have been deliberately taking steps that they know will anger China, such as Pelosi's visit.

They pointed out that the deterioration of US-China relations threatens the whole world and said the US must "stop needlessly stoking conflict, think about how things look from the Chinese perspective, and work sincerely to understand and collaborate with a country of 1.4 billion people we have to share a planet with."