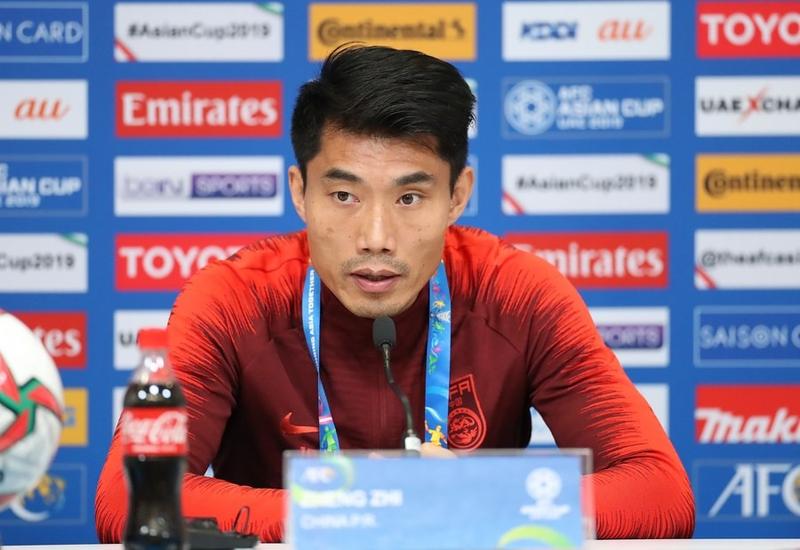 China captain Zheng Zhi, speaks at the pre-match press conference one day ahead of the quarterfinal match between China and Iran at the 2019 AFC Asian Cup in Abu Dhabi, the United Arab Emirates, Jan 23, 2019. (CAO CAN / XINHUA)

BEIJING - Former captain of Guangzhou FC and the Chinese national team, Zheng Zhi, has been appointed as the head coach of Guangzhou FC in an attempt to save the relegation-threatened eight-time Chinese Super League champions.

"The club decided to hire Zheng Zhi as the head coach of the senior team," Guangzhou FC said in a brief statement on Saturday.

Zheng's appointment came after the Guangzhou side lost 2-1 at home to Chengdu Rongcheng in a league game on Friday, a loss which left them mired in the relegation zone with just six points from 12 matches, four points away from safety.

Playmaker Zheng, 42, joined the Guangzhou club, then known as Guangzhou Evergrande, in 2010. His contract with the financially stricken club expired at the end of last year.

He then went on to take up a teaching post at Guangzhou Sport University.