By Liu Yifan in Hong Kong 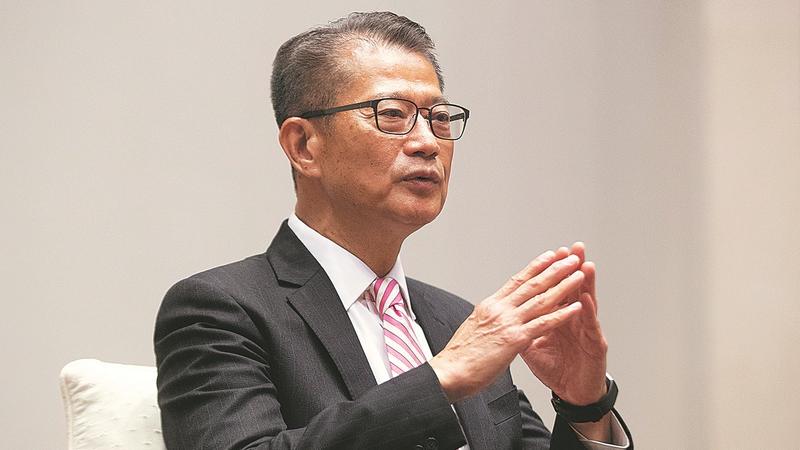 Hong Kong will inevitably cut its full-year economic forecast amid the worsening global economy, but there are still more opportunities than challenges for the city, said Financial Secretary Paul Chan Mo-po.

Hong Kong’s gross domestic product contracted by 1.4 percent year-on-year in the second quarter, compared with the decrease of 3.9 percent in the first quarter, the advance estimates from the Census and Statistics Department showed Monday.

Writing in his blog on Sunday, the finance chief attributed the contraction to external factors such as the Russia-Ukraine conflict, the hawkish monetary policies of major central banks and worries about a global recession.

The revision of the special administrative region’s full-year economic forecast in mid-August will take the city’s exports, consumption and investments into consideration, Chan said. Hong Kong’s export performance will continue to be weighed down by a weakening world economy due to interest-rate hikes in the United States and Europe.

Although the Hong Kong economy still faces many uncertainties, I remain fully confident about the future outlook.

According to data from the Census and Statistics Department last week, the value of the SAR’s total goods exports decreased by 6.4 percent to HK$380.7 billion ($48.50 billion) in June from a year earlier.

Chan warned that rising US interest rates would fuel Hong Kong’s borrowing costs which would, in turn, affect prices of assets like Hong Kong stocks and property, and dampen consumer sentiment.

“Although the Hong Kong economy still faces many uncertainties, I remain fully confident about the future outlook,” he said.

The finance chief said he expects the second batch of electronic consumer vouchers, to be disbursed from Aug 7, to give a lift to the local economy. “Based on last year’s experience, the retail and catering sectors are expected to improve significantly if the pandemic is under control, coupled with the distribution of the consumption vouchers.” 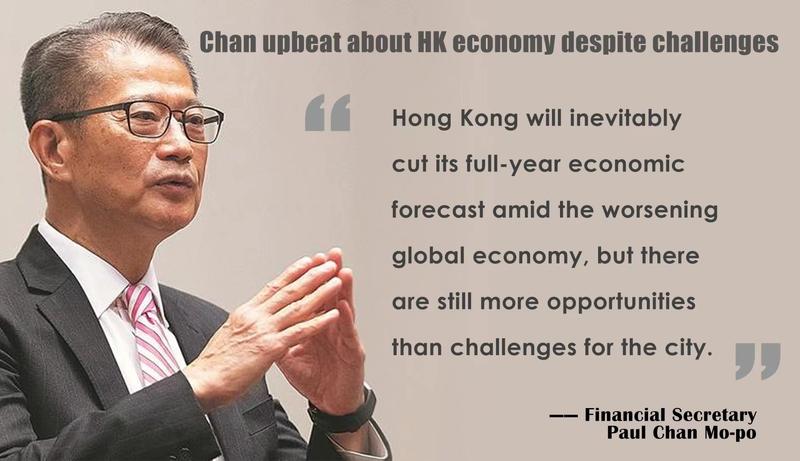 Chan said the resumption of major international events in Hong Kong, such as the Global Financial Leaders’ Investment Summit and Hong Kong Rugby Sevens due to be held in November this year, would be the city’s landmark events to welcome back international business. “These activities will help to revitalize Hong Kong’s links with the world and highlight the city’s position as an international financial hub.”

The changing macro investment environment will not hinder the HKSAR government’s work progress, Chan said, adding that the upcoming issuance of the Silver Bond Series will rise to as much as HK$45 billion — much higher than the lower limit of HK$35 billion proposed in the budget earlier this year. The guaranteed interest rate will also be raised to 4 percent, up from 3.5 percent last year.

Chan said Hong Kong’s adherence to the “one country, two systems” principle, the city’s distinct role and advantages, plus the central government’s full support that underlie the confidence in Hong Kong’s future.

“As long as we actively integrate into the nation’s overall development and align ourselves with national development strategies, Hong Kong’s social and economic development is bound to break new ground and make new strides in the future,” he said.