By Yang Cheng in Tianjin

By leveraging technological advantages and introducing favorable policies, the city has grown and life has improved 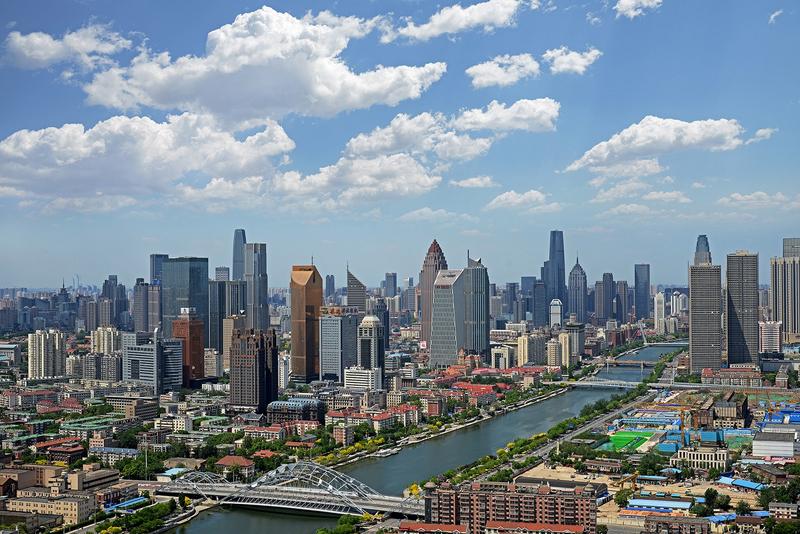 The municipality of Tianjin has been making headlines this month for a slew of breaking news.

The first was the announcement of China's first solar-powered intelligent vehicle. Named after the city, it made its debut during the Sixth World Intelligence Congress late last month and started touring on July 5.

Incorporating 47 cutting-edge technologies and devices, the vehicle is the sum of the efforts of 42 companies and three universities in Tianjin.

Zhou Shengxi, deputy head of the Tianjin Industrial and Information Technology Bureau, said that the national tour is aimed at expanding partnerships for the vehicle, which is accelerating efforts to reach the market. The news follows the completion of a major upgrade to the automatic container loading docks, the first of their kind in the world, at Tianjin Port on July 1. 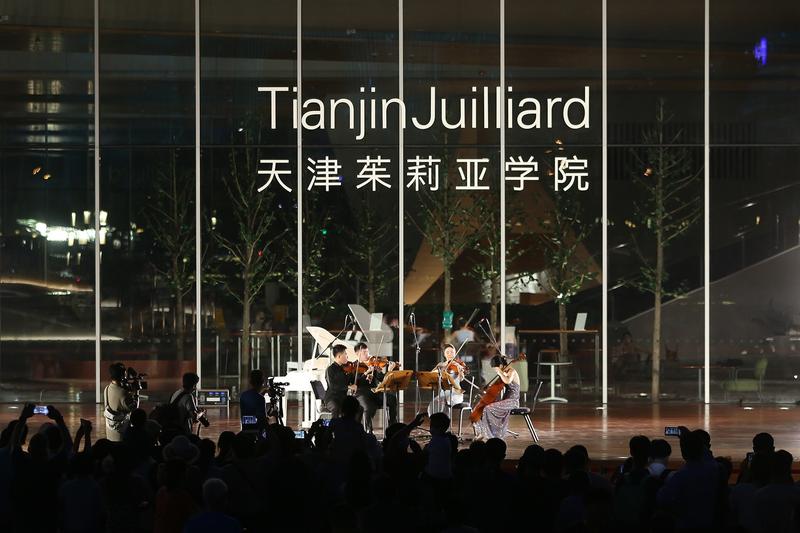 The project marked a milestone at the port, where 49.5 percent of loading and unloading activity has now been automated, said Yang Minjie, vice-president of the Tianjin Port Group.

In addition, hefty investments totaling 80 billion yuan ($11.9 billion) were earmarked for Tianjin late last month at the WIC, despite the ongoing COVID-19 epidemic.

Tianjin's spate of headline-grabbing announcements is not a coincidence, but is evidence that the city－the only in the country with approval to be a pilot zone for both the application of artificial intelligence and the Internet of Vehicles－has made great strides in the intelligent manufacturing sector, and the strategies it has pursued in recent years, like using its manufacturing industry as an industrial backbone, are paying off. 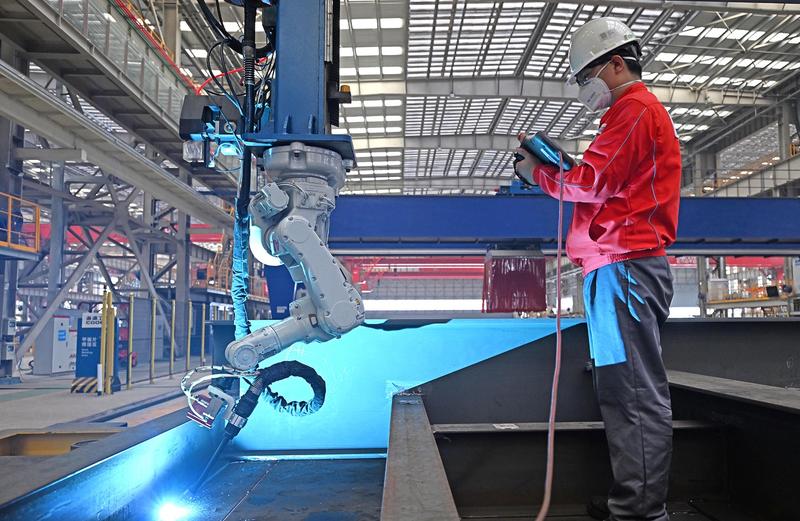 In a speech delivered at the recently concluded WIC, Li Hongzhong, Tianjin Party chief, said: "In the last five years, the city's intelligent manufacturing industries have taken shape. A cluster of intelligent technologies including big data, cloud computing, IoVs and an optimized ecology based on the Phytium CPU and supercomputing system, have empowered local industries as well as benefited people.

"We are taking intelligent technology as our spearhead and emerging industries as our pillars to boost the convergence of the digital and real economies," he said.

Statistics indicate that last year, industrial added value and the added value of the manufacturing industry accounted for one-third and 24.1 percent of Tianjin's GDP, respectively.

Since 2017, the manufacturing industry has accounted for over 70 percent of total industrial revenues generated by companies with revenues over 20 million yuan. "Tianjin is the largest open coastal city in North China with a solid foundation in the manufacturing industry, and obvious advantages in terms of resident talent, a science and technology base and policies. It has strong industrial service capabilities," said Zhang Gong, mayor of Tianjin.

The national strategy for the coordinated development of the Beijing-Tianjin-Hebei area has given Tianjin a functional position as "one base and three districts".

Currently focused on building a leading national manufacturing research and development center, the city is striving to consolidate and strengthen its advantages in intelligent technology and innovative industries, and create a new generation national AI innovation and development pilot zone. 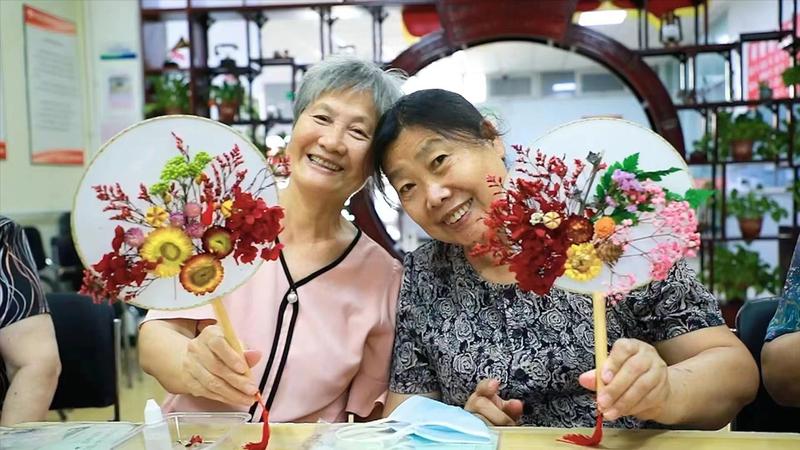 David Gosset, founder of the Europe-China Forum, touts Tianjin as an "inspiring and smart city" thanks to its solid development of intelligent manufacturing and the annual WIC meeting. He stressed in his book Inspiring Tianjin that the city is "filled with life where history, science, dialogues of cultures and spiritual quest converge".

Bruce Connolly, a photographer and writer from Scotland who has lived in China for 35 years, said: "Tianjin, which is sometimes called the 'museum of architecture from a myriad countries' creates the feeling of walking from Italy to France and out into Britain."

The rising influx of top-notch talent to the city echoes comments about Tianjin's appeal.

Since Haihe Elite, a scheme with policies favorable toward top-notch talent, was launched in 2018, it has attracted 428,000 new residents to the city.

A survey of these new residents indicated that they were not only lured by Tianjin's technological and educational strengths, and amenities with a blend of Western and Chinese lifestyles, but also by its ever-improving quality of life.

Statistics show that over the past few years, the city has spent on average 75 percent of its tax revenues on improvements to the quality of life. Since 2018, the city's centralized heating system has expanded operation from early November to the end of March, almost a month longer than in Beijing. 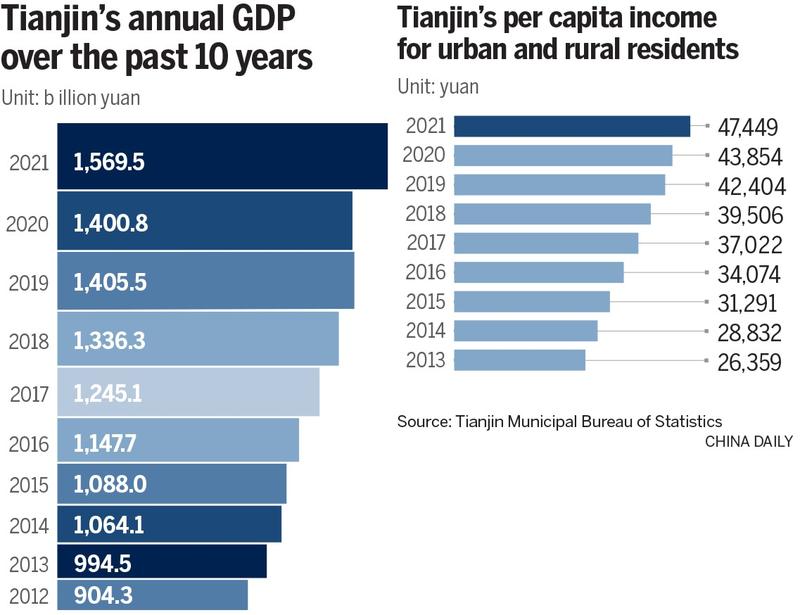 Local residents can buy "Huimin" cards, which allow them to attend world-class performances at the Tianjin Grand Theatre, with a government subsidy of up to 80 percent.

With 3 million senior residents aged 60 or older, who account for 21.66 percent of the population, the city has set up 1,700 canteens for the elderly and subsidizes their use for some 1.9 million.

Downtown Tianjin's Hexi district is now the national role model for service for the elderly.

An elderly service center is a top priority for each community in Hexi. Zhu Feng, Party chief and head of the Tianjin Municipal Civil Affairs, noted that during the 14th Five-Year Plan (2021-25) period, the elderly care system will see even greater advances in the provision of community services available within a 15-minute radius, and said the city expected every local community to set up centers for the elderly by its end.