Museums open to a new age

Art museums and galleries in Shanghai have been busy getting ready to reopen their doors after three months because of the COVID-19 outbreak.

Yuz Museum has been working with overseas collectors and agencies on the extension of the contract for borrowed artworks appearing in the exhibition of Yoshitomo Nara, the largest showcase of the Japanese artist’s work in China. The event, originally scheduled to take place from March 5 to Sept 4.

According to Sun Yuanchen, director of marketing and business development of the Yuz Museum, about 30,000 “early bird” tickets were sold before the museum was forced to close on March 9 due to the recent COVID-19 outbreak. Although the museum offered a refund, the majority decided to hold on to their tickets.

“As such, we want to extend the exhibition for as long as possible to make sure people can view it,” says Sun.

The museum also introduced an online shop selling merchandise linked to featured artists during the lockdown as a means of connecting with art lovers.

“We wanted to reach as many people as possible, so we set a limit for each person to buy no more than two items. Even though no merchandise could be shipped during the lockdown in April and May, the sales were beyond our expectations. The buyers are from all over the country,” says Sun. 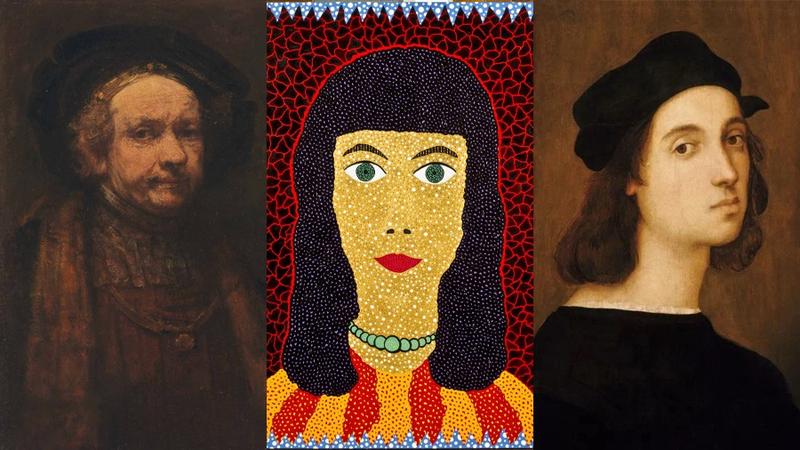 Uffizi Self-Portrait Masterpieces will exhibit 50 self-portraits by famous artists at the Bund One Art Museum in Shanghai, including (from left) 17th century Dutch master Rembrandt, Japanese contemporary artist Yayoi Kusama and Italian Renaissance artist Raphael. (Photographic Department of The Uffizi Galleries — By Permission of the Ministry for Culture of Italy)

Later this year, the museum will launch a new art space in Qingpu district and hold an exhibition featuring painter Ivy Haldeman from the United States at its main venue on the West Bund.

Yuz Museum was founded by Chinese-Indonesian entrepreneur Budi Tek. An avid collector of contemporary art, Tek founded the Yuz Foundation in 2007 before turning an old airplane hangar on the city’s West Bund into a museum in 2014. Tek, who played a leading role in introducing contemporary Asian art to the global stage, died on March 18 following a fight with pancreatic cancer. He was 65.

Long Museum, another private museum on the West Bund, also had exhibitions postponed due to the COVID-19 outbreak.

In March, the museum announced three upcoming exhibitions: the retrospective exhibition of Yuan Yunsheng, featuring the artist’s creative journey starting from the 1950s, as well as solo exhibitions of Chinese artist Shen Xiaotong and US painter Jennifer Guidi. These exhibitions will open later.

Southern Zhang and Northern Qi, a highly anticipated exhibition that was originally scheduled to take place from April 3 to June 5, will open later this month at Long Museum.

The showcase will feature more than 50 pieces of artwork from two leading 20th century figures of Chinese ink art: Zhang Daqian (1899-1983) and Qi Baishi (1864-1957). Some paintings will be making their first public appearance at the show.

Last November, Shanghai’s Tix-Media announced a five-year pact with Uffizi Galleries, one of the oldest and most famous museums in the world. Starting this year, the two will jointly present 10 exhibitions at Bund One Art Museum over the coming five years.

On Sept 9, the first exhibition, Uffizi Self-Portrait Masterpieces, will open to the public and run to Jan 8, 2023.

Fifty self-portraits by famous artists, including classical masters Raphael and Rembrandt, and contemporary artists Yayoi Kusama and Cai Guoqiang, will be on show.

The self-portrait exhibition was originally meant to be the second Uffizi exhibition in Shanghai, according to Zheng Chun, a spokesperson for Tix-Media, the operator of the Bund One Art Museum. The first, featuring Italian master Botticelli, was scheduled to take place in April. The organizers are still discussing when to hold this show.

Meanwhile, China Art Museum Shanghai, which sits on the east bank of the Huangpu River, has been preparing for two shows. The first will consist of large-scale artworks featuring the city of Shanghai and the second will showcase paintings with peaceful and joyful motifs, including still life and abstract works by modern masters such as Lin Fengmian, Zao Wou-ki and Wu Guan-zhong.

Yuan Yunsheng’s mural Water-Splashing Festival: An Ode to Life depicts people of the Dai ethnic group splashing water on one another for good luck. (PHOTO PROVIDED TO CHINA DAILY)

Since the first COVID-19 outbreak in 2020, museums in Shanghai had started introducing online events to maintain contact with the public.

As such, many of these venues were well-prepared for the latest outbreak and quickly rolled out livestreaming sessions and virtual exhibitions.

Directors of leading museums in the city, including Chen Xiang of China Art Museum Shanghai and Yang Zhigang, head of Shanghai Museum, had all worked with Shanghai TV to host guided tours during the lockdown period.

“The pandemic did cause some disturbance to our exhibition plans this year,” Chen told the media.

“A few important exhibitions had to be postponed as they involve artworks borrowed from institutions in other parts of China. An exhibition of new artworks featuring ancient Chinese folklore about the creation of the world was also postponed,” he said.

At the Liu Haisu Art Museum, a large exhibition featuring the 110-year history of the “Shanghai academy of fine arts” will take place in September.

Founded in 1912 by Wu Shiguang, Liu Haisu and Zhang Yuguang, the school was the first college that enrolled both male and female students in China. It was also the first art school to introduce nude female models to its classroom, and publish China’s first art magazine.

The new exhibition will present this important part of China’s art history, as well as works by renowned artists, such as Lyu Fengzi, Guan Liang and Chen Hengke.