Woods back in PGA spotlight, Mickelson still in the shadows 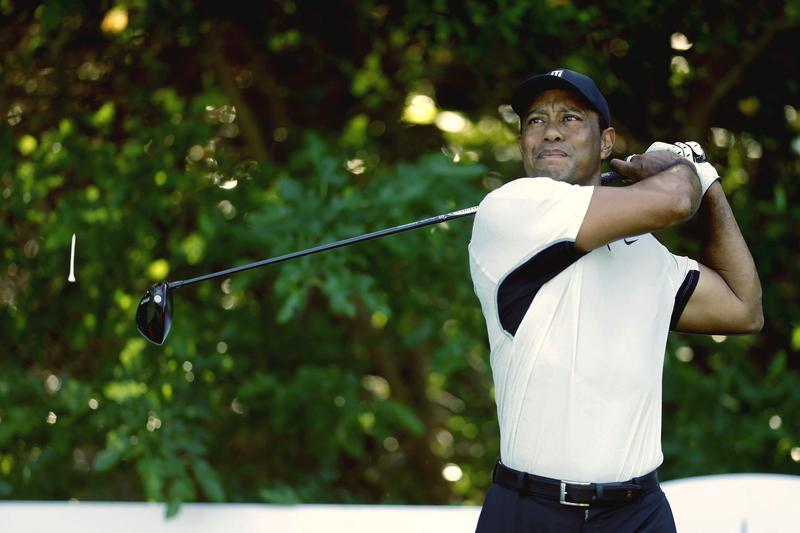 Tiger Woods tees off on the 12th hole during a practice round for the PGA Championship golf tournament at Southern Hills Country Club on May 16, 2022, in Tulsa, Okla. (MIKE SIMONS / TULSA WORLD VIA AP)

TULSA, Oklahoma - Tiger Woods will be back in the global golf spotlight when the PGA Championship gets underway this week but defending champion Phil Mickelson, his great rival and the player he has been tethered to throughout much of his career, will not.

Woods and Mickelson are to golf what Roger Federer and Rafa Nadal are to tennis, athletes in the twilight of their careers but still the most compelling figures in their sport and guaranteed ratings grabbers.

The PGA Championship, which begins on Thursday in Tulsa, Oklahoma, had all the makings of one of those special sporting occasions when old rivals collide

The PGA Championship, which begins on Thursday in Tulsa, Oklahoma, had all the makings of one of those special sporting occasions when old rivals collide.

After nearly losing his right leg in a car crash 15 months ago, Woods made his return to competition at the Masters in April and will take the next step in his extraordinary comeback at Southern Hills Country Club.

But Mickelson, who became golf's oldest major winner last year when he won the PGA Championship just shy of his 51st birthday, said on Friday he would not play, becoming just the third PGA champion not to defend his title after Woods in 2008 and Ben Hogan in 1949, both of whom bowed out due to injury.

There will be plenty of other storylines and great golf played at Southern Hills, most of it from a pack of hard-charging twenty-somethings, including Masters champion and world number one Scottie Scheffler, but Woods is unlikely to be pushed from the spotlight.

The 46-year-old won the PGA Championship the last time it was staged at Southern Hills, hoisting the Wanamaker trophy for a fourth time in 2007.

While Woods always plays to win, few expect him to add to his tally of 15 majors this week.

Woods worked the golf world into a frenzy at the Masters when he carded a one-under par 71 in his first round of competitive golf since his horror car crash.

He would make the cut but four rounds on Augusta National's undulating layout proved too much as the 15-times major winner closed with six-over 78s on Saturday and Sunday, his worst-ever scores at the Masters. 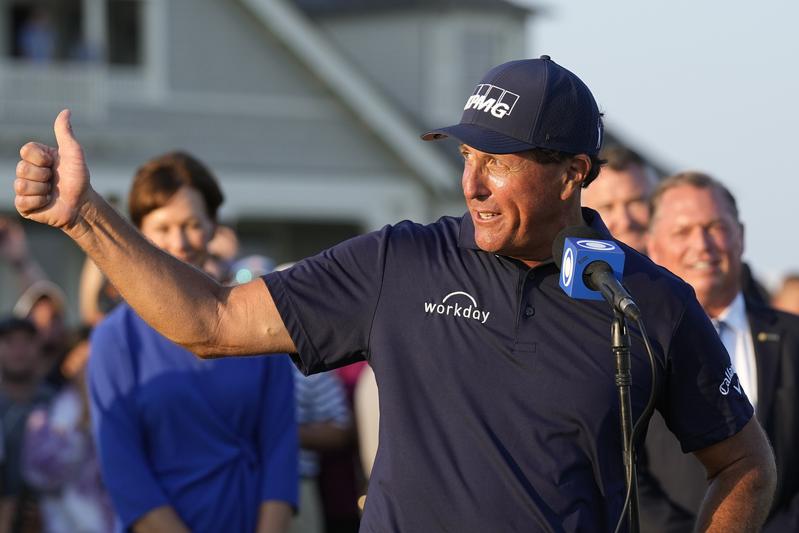 Woods will hog much of the spotlight but will not carry the same pressure as the likes of world number one Scheffler and Jordan Spieth, who has an opportunity to complete the career Grand Slam.

Spieth missed the cut at the Masters for the first time in his career but has been golf's hottest player since, winning at Hilton Head Island and finishing second at his PGA tune-up, the Byron Nelson.

If the 28-year-old can triumph at the PGA Championship, where his best result was runner-up in 2015, he would join Gene Sarazen, Ben Hogan, Gary Player, Jack Nicklaus and Woods in golf's elite club of Grand Slam winners.

The pressure is also building on Scheffler, who heads to a layout he has touted as his favorite course.

When the year began Scheffler was still chasing a first PGA Tour win. He now has four, a Green Jacket, the world number one ranking. A win at the PGA would saddle him with talk of a rare Grand Slam sweeping all four majors in a single season.

"For Jordan to win the career Grand Slam at still a young age, he’s got to throttle that back," said twice US Open champion and golf commentator Curtis Strange. "This is his sixth time to try to win the slam. So he knows what it’s like."

Rahm picked up a win at the Mexico Open while McIlroy has top five finishes in his last two events, including a runner-up finish at the Masters after matching the lowest final round in the major's history.