By Li Bingcun and William Xu in Shenzhen 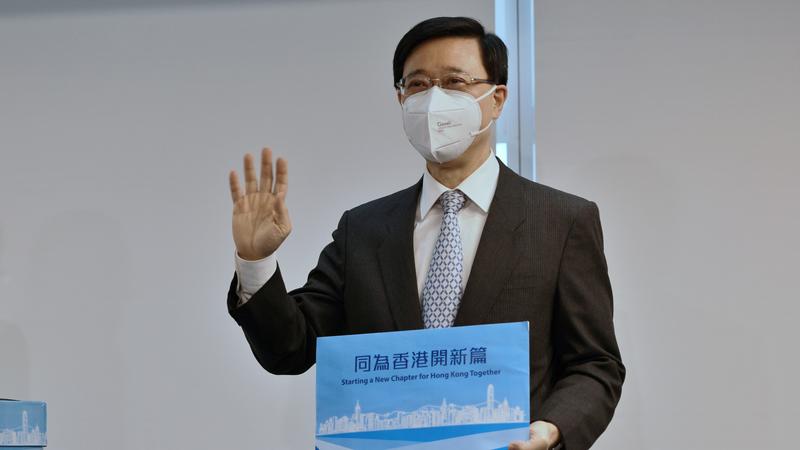 Wong Kam-leung, chairman of the education workers federation, said cultivating talent is of vital importance in boosting Hong Kong’s competitiveness. He would like to see the local education system improved and education in technology and innovation promoted.

Wong said young people’s involvement in the city’s social unrest in recent years has exposed their lack of national identity, making it necessary to strengthen national education and help them develop a correct understanding of the country.

Young DAB — the youth wing of the city’s biggest political party, the Democratic Alliance for the Betterment and Progress of Hong Kong — said youths should get assistance in securing jobs in the GuangdongHong Kong-Macao Greater Bay Area, as well as support in furthering their education and seeking internships.

Representatives of 73 local youth organizations also submitted proposals to Lee’s campaign office on Monday. In the past year, they have collected more than 30,000 suggestions from young people working in various sectors.

They called for short, medium and long-term measures to be taken in more than 20 areas, covering youth employment and entrepreneurship, career development, housing, marriage, fertility and talent training.

The groups hope that Lee’s platform will take into account the needs of the younger generation and create more opportunities for them to move up the social ladder.

The Hong Kong CPPCC (Provincial) Members Association, the Hong Kong Federation of Overseas Chinese Association and other social groups gave their views on housing, technology development, healthcare for the elderly, as well as fi nancial cooperation with the Chinese mainland.

Lee will attend a question-andanswer session to be co-hosted by seven local online media outlets on Saturday evening. He will take questions from journalists and residents during the hourlong event to be broadcast live from 8:30 pm to 9:30 pm.