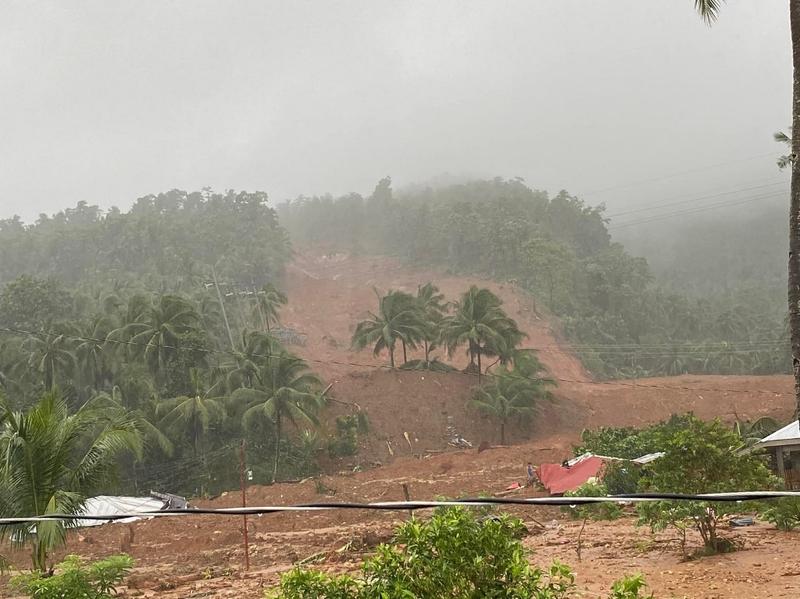 MANILA - A tropical storm triggered floods and landslides in the Philippines over the weekend, leaving at least 24 dead and several more missing, officials said on Monday.

The National Disaster Risk Reduction and Management Council (NDRRMC) reported three dead and at least one missing in the southern Philippines. The council is verifying deaths reported in the central Philippines.

The emergency response unit of Baybay City in the central Leyte province said rescuers have dug up at least 21 bodies from 10 villages buried in massive mudslides.

A spokesman for the rescue team told Xinhua on condition of anonymity that the retrieval operation is ongoing, adding that more people were believed still buried under the mud. Landslide survivors were recuperating in a city hospital.

A government disaster agency said Tropical storm Megi, which made landfall in Leyte province on Sunday morning, also affected over 136,000 people in the central and southern Philippines.

Many areas were hit by floods even before the storm hit land. Over 13,000 displaced people were sheltering in the evacuation centers, while some were staying with relatives, the NDRRMC said.

On Monday, the state weather bureau downgraded Megi to a tropical depression. The Philippine Atmospheric, Geophysical and Astronomical Services Administration said Megi is forecast "to slowly loop in the vicinity of the northeastern portion of Leyte province and the southern portion of Samar and Eastern Samar provinces."

Megi is the first tropical storm  this year to hit the Southeast Asian country, which is battered by about 20 typhoons and storms every year. The Philippines archipelago lies on the Pacific typhoon belt, making it one of the world's most disaster-prone countries.