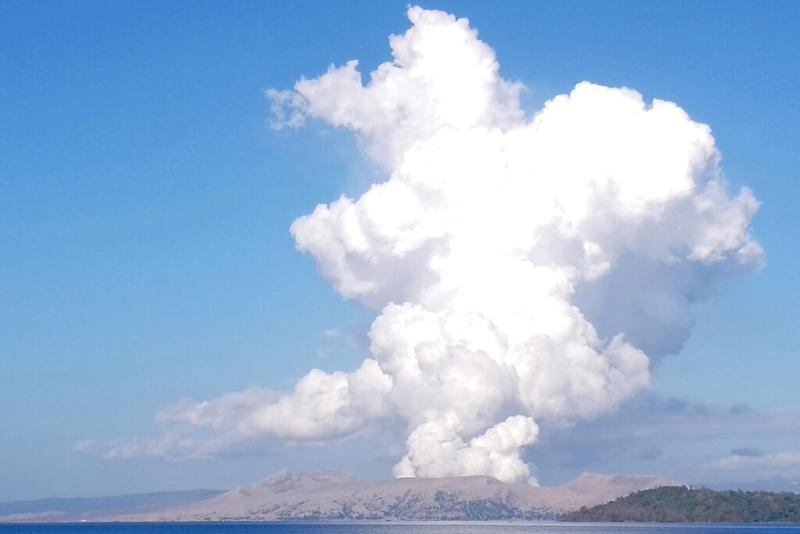 MANILA - A small but restive volcano south of the Philippine capital spewed a 1.5 km plume on Saturday, prompting authorities to raise an alert level and evacuate more than a thousand residents.

The alert for the Taal volcano, about 70 km south of central Manila, was increased to level 3 from level 2 on the 5-level scale, which the seismology and volcanology agency said meant "there is magmatic intrusion at the main crater that may further drive succeeding eruptions".

Magma in the shallow part of the crater interacted with water, causing an eruption called phreatomagmatic activity.

But Solidum said activity would not be as explosive as the January 2020 eruption and that ash fall could be limited to communities within the volcano, which sits in the middle of a lake.

Authorities evacuated more than 1,100 persons living in lakeside communities near the volcano, the disaster agency said. The evacuees include fishermen and fish cage workers in the lake.

In January 2020, Taal shot a column of ash and steam as high as 15 km, which forced more than 100,000 people to evacuate while dozens of flights were cancelled and heavy ash fell as far away as Manila.

Taal is one of the world's smallest active volcanoes. Despite standing at only 311 meters, it can be deadly and an eruption in 1911 killed more than 1,300 people.The Philippines lies on the "Ring of Fire", a belt of volcanoes circling the Pacific Ocean that is also prone to earthquakes.