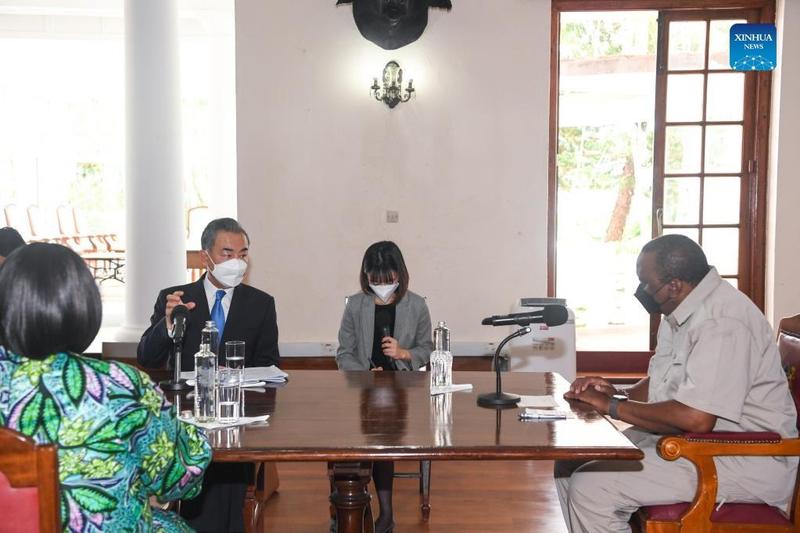 He elaborated on China's views on the current situation in the Horn of Africa when meeting with journalists after holding talks with Kenya's Cabinet Secretary for Foreign Affairs Raychelle Omamo.

The Horn of Africa, albeit with a unique strategic location and great development potential, has in recent years experienced flare-ups of hot issues and eruptions of conflicts and confrontations, which run counter to the interests of the people in the region and have to be stopped, said the Chinese minister.

China is willing to propose the initiative to support the region in realizing long-term stability, peace and prosperity, he said.

The Horn of Africa should strengthen intra-regional dialogue to overcome security challenges, he said. The countries and people in the region should stay out of the geological competition between major countries, firmly follow the path of unity and self-improvement, and hold the region's fate in their own hands through equal consultation, Wang said.

It is suggested that regional countries hold a peace conference to conduct in-depth discussions, reach political consensus, and coordinate joint actions on this issue, he said, adding that China is ready to appoint a special envoy for the Horn of Africa affairs of the Chinese Foreign Ministry, to provide necessary support to this process.

China has never attached any political conditions to its cooperation with Africa, and has never imposed its own will on others.

The region should expand and strengthen, and extend to neighboring countries in a timely manner, the two main axes of the Mombasa-Nairobi railway and the Ethiopia-Djibouti railway, while accelerating the development along the coasts of the Red Sea and of East Africa to form a development framework of "two axes plus two coastal areas”, he said.

To keep pace with the times, countries of the region should also speed up the building of industrial belts and economic belts, create more jobs and promote growth, and enhance capacity for independent development, he said.

Wang stressed the need for the Horn of Africa to explore effective ways to overcome governance challenges.

China supports the regional countries in seeking development paths that suit their own national conditions, he said, adding that the Horn of Africa should strengthen exchanges on national governance, share with each other useful experience, and break through governance bottlenecks.

The countries in the region should properly handle various ethnic, religious and regional disputes in an African way, and build a united, stable and harmonious environment for development in the Horn of Africa, he said.

Full Text: China and Africa in the New Era: A Partnership of Equals

As a permanent member of the United Nations Security Council and a sincere partner of Africa, China will deepen the synergy between the Belt and Road Initiative and Africa's development strategies, take solid steps to advance the "nine programs" put forward at the Forum on China-Africa Cooperation, and make unremitting efforts for and play a constructive role in the peace and development of the Horn of Africa, he said. 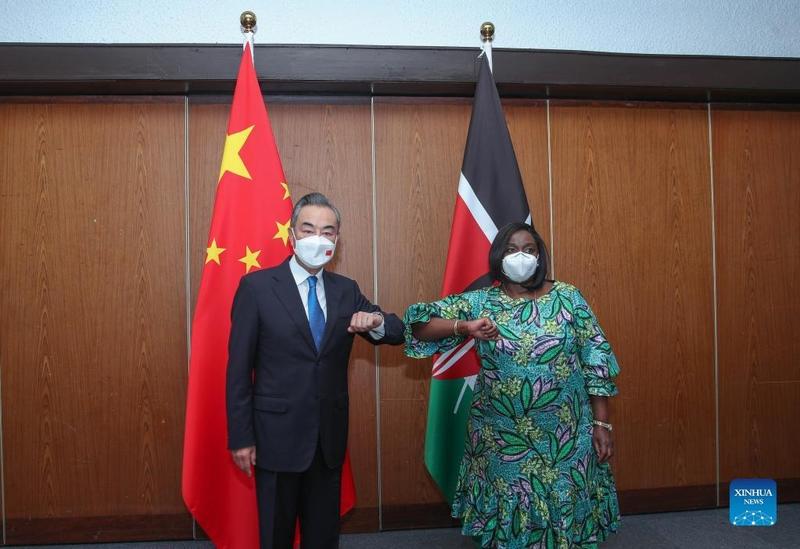 The so-called allegation of "debt trap" is groundless and has been hyped up by some people with ulterior motives to smear China-Africa cooperation, Wang Yi said at the joint press conference.

China-Africa cooperation is South-South cooperation, demonstrating mutual support and help between developing countries, he said, adding that China has never attached any political conditions to its cooperation with Africa, and has never imposed its own will on others.

All projects of China-Kenya cooperation have gone through scientific planning and research and brought benefits to the Kenyan people and boosted the country's national development and revitalization, he added.

Kenya owes 80 percent of its foreign debt to multilateral financial institutions, and its debt to China is mainly concessional loans, he said. The so-called "debt trap" is in fact a narrative trap created by forces who do not want to see rapid development in Africa, he added.

If there is any trap in Africa, it is the trap of poverty and trap of backwardness, which African countries should get rid of as soon as possible, according to Wang.