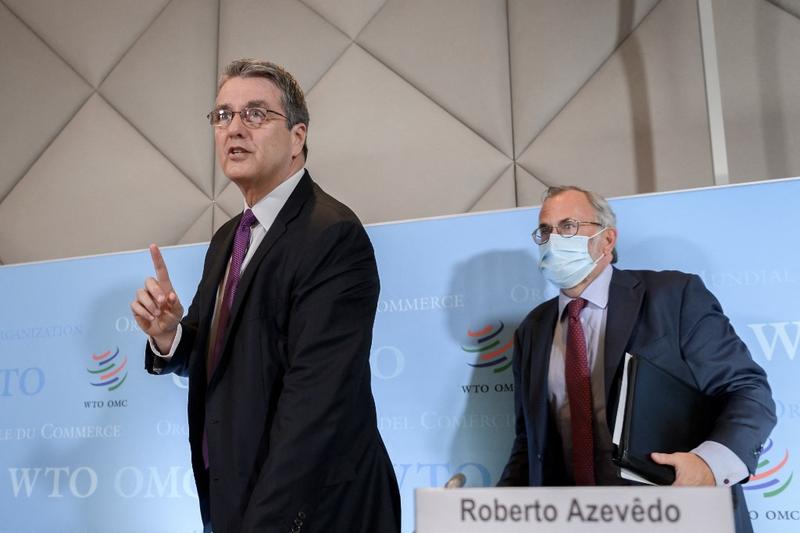 GENEVA - China is a prominent and active member of the World Trade Organization (WTO) and has participated in "all elements of our work with enthusiasm and commitment," WTO spokesperson Keith Rockwell told Xinhua.

In a recent interview with Xinhua, Rockwell recalled that China was a quick learner after it became a member of the WTO in 2001.

Chinese officials to the WTO learned quickly by listening patiently, observing carefully and seeking advice from everyone, and they developed experience and knew how to work with the WTO in a "really very short time," he said.

In 2019, China organized an informal WTO ministerial meeting in Shanghai that pushed plurilateral negotiations to a new level, WTO spokesperson Keith Rockwell said, adding that China also took the lead with Fiji on an initiative against plastics pollution, which is crucial to the planet

Today, China has been a driving force on plurilateral negotiations such as joint statement initiatives, and has played a major role in investment facilitation for development, Rockwell said.

In 2019, China organized an informal WTO ministerial meeting in Shanghai that pushed plurilateral negotiations to a new level, Rockwell said, adding that China also took the lead with Fiji on an initiative against plastics pollution, which is crucial to the planet.

Besides taking initiative in areas including e-commerce and development issues, China has also engaged actively in WTO reform, Rockwell said.

"China is signaling that our rulebook needs to be expanded and brought up to date, so that businesses today can operate under rules that reflect the way that they actually engage with their clients and with their competitors," he said.

Noting that China is by far the world's largest exporter of goods and the second largest importer, Rockwell said that China's goods exports in 2020 witnessed "almost a ten-fold increase on what we saw when China was the year before it became a WTO member."

Meanwhile, Rockwell said China's services trade has a lot of potential in the future and is an area where the Chinese economy has scope for growth, as China's growth in services trade is still relatively "modest" compared to goods trade.

China is a developing country, but the World Bank classifies it as an upper-middle-income country, which means that Chinese people are getting richer, and consumption is now a crucial component of Chinese economic growth, Rockwell said.

As the second largest economy in the world, "China's importance cannot be overrated," Rockwell said, stressing that China acts very similarly to other major players of the WTO.