Australia borders to be open by Christmas, tourism minister says 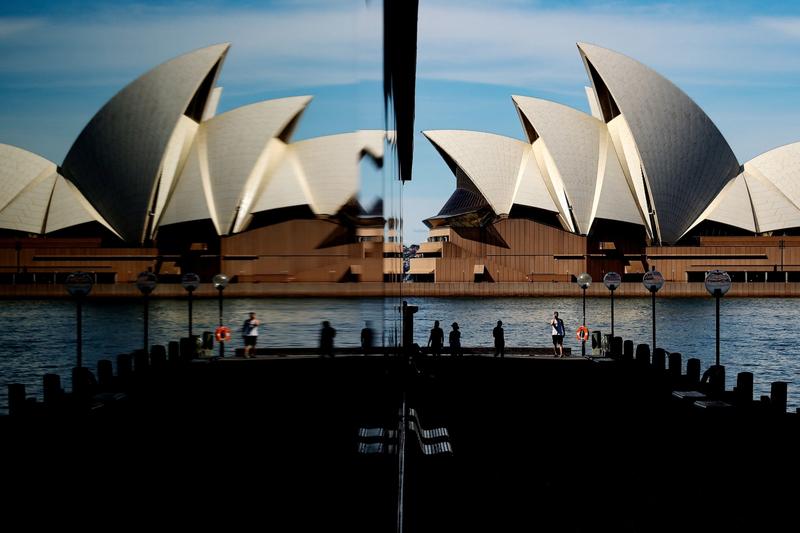 In this Aug 30, 2021 photo, pedestrians at promenade, opposite the Sydney Opera House, are reflected in a building at The Rocks in Sydney, Australia. (PHOTO / BLOOMBERG)

Australians will be able to travel abroad, with no restrictions on the destination, once the vaccination rate in their respective home state hits 80 percent, Tourism Minister Dan Tehan said at a National Press Club of Australia event Wednesday.

Australia’s borders have been mostly shut to non-citizens and non-residents since March 2020.

The government is exploring opening travel bubbles with several countries to reduce quarantine time, and hopes home quarantine will be operational before Christmas, Tehan said.

The state of Victoria recorded 628 new local cases on Wednesday. It is the highest daily increase in the current outbreak which, so far, has grown to 6,223 active cases in the state, mostly clustered around Melbourne.

The record numbers come at a time when the capital city of Victoria is facing a series of protests from furious demonstrators, particularly building industry workers, violently opposed to the continued lockdowns and newly enforced vaccination requirements.

The positivity rate for new COVID-19 cases in Bangladesh reported by the Directorate General of Health Services (DGHS) fell to 4.69 percent on Tuesday, the lowest level in more than six months, amid the country's vaccination drive bolstered by Chinese jab support and other sources.

All Indian children aged 12 or older will become eligible for COVID-19 vaccinations from next month, when drug maker Cadila Healthcare launches its ZyCoV-D product, two sources with direct knowledge of the matter told Reuters.

The health ministry did not immediately respond to a request for comment. The sources sought anonymity because they were not authorised to talk to media.

The vaccine is the only one approved for children in India, which has given a total of 825.9 million doses to adults among its population of nearly 1.4 billion.

India's COVID-19 tally rose to 33,531,498 on Wednesday, as 26,964 new cases were registered during the past 24 hours across the country, showed the federal health ministry's latest data.

Besides, as many as 383 deaths due to the pandemic since Tuesday morning took the total death toll to 445,768.

According to a briefing published by Iran's Ministry of Health and Medical Education on its official website, the pandemic has claimed 117,905 lives in the country so far, after 379 new deaths were registered in the past 24 hours.

Israel's Ministry of Health on Tuesday reported 8,691 new COVID-19 cases, bringing the tally of infections in the country to 1,242,262.

The death toll from the coronavirus in Israel rose by 26 to 7,567, while the number of patients in serious condition decreased from 714 to 710, the ministry added.

Some 27 of the new cases are imported and 15,732 are local transmissions, data released on the ministry's website showed.

Another 334 more deaths have been reported, bringing the death toll to 24,078.

Two of the latest confirmed cases were imported from abroad, the ministry said in a statement.

Now, there are more than 84,000 active COVID-19 cases in the country, and most of them are being treated at home due to a shortage of hospital beds.

The number of COVID-19 infections has risen to 449,845 with 17,202 deaths in Myanmar on Tuesday, according to a release from the Ministry of Health.

The country reported 1,687 new COVID-19 positive cases and 73 more deaths in the past 24 hours, the release said.

The Nepali government has decided to reopen all the border crossings for the movement of Nepali and foreign nationals, as the South Asian country has been reporting fewer COVID-19 cases in recent days, a Nepali minister said Wednesday.

The move ended a months-long ban on foreigners visiting Nepal through land routes that was imposed after the second wave of the coronavirus hit the country in April.

Following the cabinet decision on Tuesday evening, "fully vaccinated foreigners can travel in Nepal after being tested negative for coronavirus either through polymerase chain reaction (PCR) or antigen tests," Nepal's State Minister for Health and Population Umesh Shrestha told Xinhua.

Nepal has a total of 35 border crossings with India and two border points with China.

New Zealand may not get back to having zero coronavirus cases in the community, the director general of health said on Thursday, as the country continues efforts to stamp out the infectious Delta variant of the virus.

New Zealand eliminated COVID-19 last year and had been largely virus-free, barring a small number of cases in February, until the latest outbreak of the Delta variant erupted in August, prompting Prime Minister Jacinda Ardern to order a nationwide lockdown.

Its biggest city Auckland is still in lockdown with a small number of new cases being reported everyday.

Ardern’s tough lockdowns and international border closure in March 2020 helped rein in COVID-19, but the government now faces questions over a delayed vaccine rollout. After an apparent delayed start, New Zealand has ramped up inoculation with nearly 40 percent of the country’s 5.1 million people now fully vaccinated.

Authorities reported 23 new cases of COVID-19 on Wednesday, all in Auckland, taking the total number of cases in the current outbreak to 1,080. 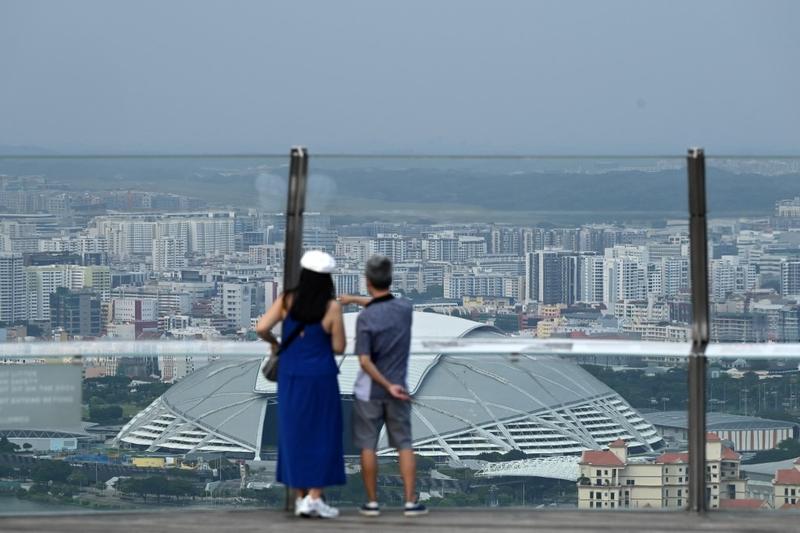 A couple look out from the observation deck of the Skypark at Marina Bay Sands resort and hotel in Singapore on Sept 21, 2021. (ROSLAN RAHMAN / AFP)

A recent rise in cases after the relaxation of some COVID-19 measures has prompted Singapore to pause further reopening. More than 80 percent of its population has been vaccinated against COVID-19.

Thailand reported 11,252 new COVID-19 cases on Wednesday, the first daily increase since Sept 17, according to government data Wednesday. The country is set to reopen more of its popular tourist destinations starting next month. 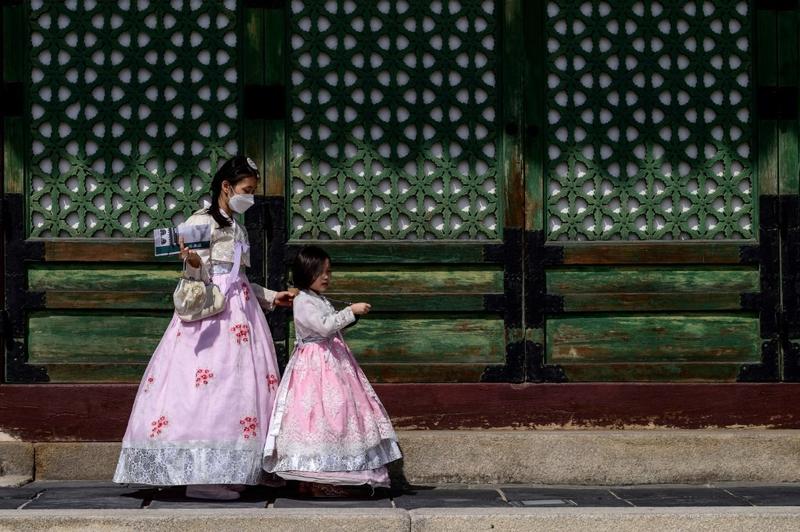 Visitors wear traditional hanbok dress at the Gyeongbokgung Palace in Seoul on Sept 20, 2021, a day before the Chuseok holiday. (ANTHONY WALLACE / AFP)

The United Arab Emirates has eased rules on face masks amid a sustained decline in coronavirus cases.

The gulf nation will no longer require face masks to be worn on beaches and pools, as well as in beauty salons and medical centers during treatment. No masks will be required while exercising outdoors, or alone in closed spaces.

The UAE has rolled out one of the fastest vaccination campaigns in the world. Infections have been dropping steadily, with daily cases falling below 400 on Sunday for the first time in more than a year.