In this Aug 24, 2021 photo, a couple wearing face masks amid the COVID-19 pandemic shares a tender moment as they ride an escalator to the metro in Moscow. (NATALIA KOLESNIKOVA / AFP)

Authorities in Russia, which has a population of 146 million, have said they are aiming for 80 percent of the population to have immunity by November.

Eli Lilly on Tuesday announced a pact with the European Commission to supply up to 220,000 doses of its COVID-19 dual antibody cocktail to European countries for patients aged 12 years and older who are at a high risk of progressing to severe disease.

The treatment, a combination of bamlanivimab and etesevimab, is meant for use in patients who do not require supplemental oxygen for COVID-19.

The agreement enables participating countries in the European Union and European Economic Area to purchase the products directly from Lilly, following authorization, Lilly said, adding that the quantities purchased may vary based on local needs.

While a number of European countries have previously ordered bamlanivimab and etesevimab in the first half of the year and have inventory on hand, this agreement provides access to additional doses for participating countries, should they be needed, Lilly said.

The drugmaker said it does not anticipate an impact to its 2021 financial outlook as a result of this agreement.

Lilly last week said the US government had bought 388,000 additional doses of its COVID-19 antibody therapy, etesevimab to be paired with the existing supply of bamlanivimab.

The idea is to tap existing manufacturing capacities to help transfer vaccine technology developed by Moderna in the United States to a region badly hit by the coronavirus and still without access to enough vaccines.

The Bio-Manguinhos Institute of Technology on Immunobiologicals at Fiocruz, Brazil's premier biomedical lab, was picked for its history of vaccine manufacturing, and has already made "promising advances" developing mRNA vaccine technology, PAHO said. Sinergium Biotech, a private sector biopharmaceutical company, was selected as the center in Argentina and will partner with pharmaceutical lab mAbxience of the same group to develop and manufacture active vaccine ingredients.

The Americas branch of the World Health Organization said vaccine manufacture should benefit the entire region, with distribution funded by PAHO's Revolving Fund.

Health Minister Carla Vizzotti said the easing of rules would allow more economic, industrial and commercial activities in closed places, while borders would gradually reopen from this month, with all tourists allowed back in from November.

Argentina, after a slow start to its COVID-19 vaccination campaign, has administered more than 49 million doses, including fully inoculating more than 20 million people out of its population of about 45 million. Cases and fatalities have fallen sharply. 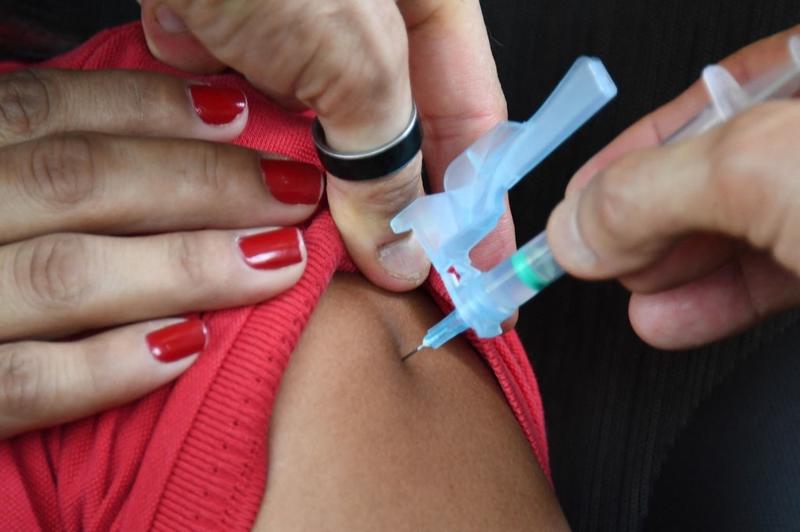 A health worker administers a dose of the CoronaVac COVID-19 vaccine to a man at a drive-thru vaccination post in Brasilia on Sept 13, 2021. (EVARISTO SA / AFP)

Ongoing misinformation about COVID-19 vaccines is contributing to many people across Africa to be skeptical of getting COVID-19 vaccine jabs, the African Union (AU) has said.

The statement was made by William Carew, head of the Secretariat of AU's Economic Social and Cultural Council, as he urged the African populace to get vaccinated if herd immunity is to be achieved. Only some 3.6 percent of Africa's population are fully vaccinated against COVID-19 so far.

"There has been a lot of misinformation about the COVID-19 vaccines that had contributed to many people being wary of getting vaccinated," an AU statement issued Tuesday quoted Carew as saying.

The number of confirmed COVID-19 cases in Africa reached 8,167,083 as of Tuesday evening, the Africa Centers for Disease Control and Prevention (Africa CDC) said.

The government of Finland submitted to Parliament a proposal on Tuesday on the nationwide use of the EU Digital COVID Certificate, also known as the COVID-19 passport.

According to a government press release, the aim is for the amendment to the Communicable Diseases Act concerning the nationwide use of the COVID-19 passport to enter into force as soon as possible.

Local media reports said that Parliament could accept the proposal by mid-October at the earliest.

German Health Minister Jens Spahn predicted that the pandemic will be over by next spring once so-called herd immunity has been achieved.

“As long as no new virus variant emerges against which a vaccination has no effect - which is very unlikely - then we will have overcome the pandemic in the spring and can return to normal,” Spahn said in an interview with the Augsburger Allgemeine newspaper. 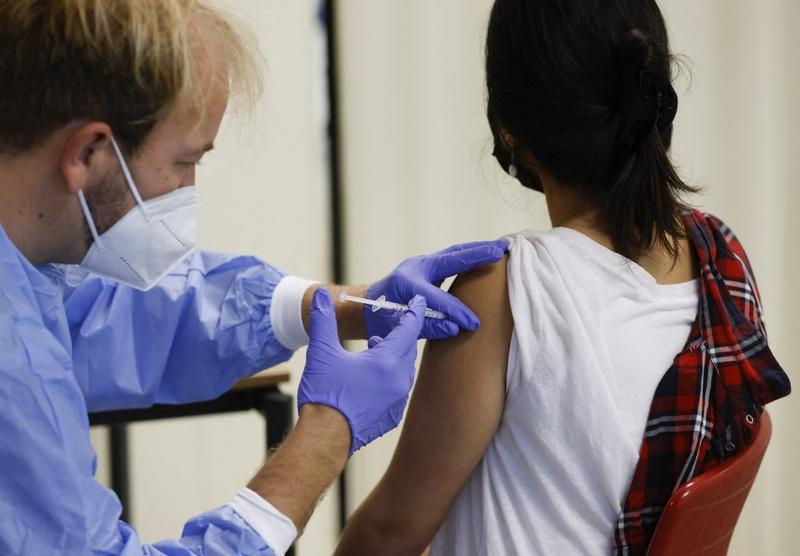 A doctor vaccinates a student at Ruth Cohn School on Sept 13 in Berlin at the start of a vaccination campaign called #HierWirdGeimpft (#Here We Vaccinate), on the sidelines of a visit by the German President to support the campaign. (ODD ANDERSEN / AFP)

The decision follows similar moves by other Latin American countries such as Ecuador and Chile, which are already giving a booster vaccine dose to people at risk, for instance those with immunodeficiencies or the elderly.

Among those eligible to get an extra shot during the first phase of the Panamanian plan are people undergoing cancer treatment and transplants, as well as those who received stem cells in the last two years or suffer from an advanced or untreated HIV infection.

Panama has administered 5.3 million doses of the coronavirus vaccine and authorities say it is close to herd immunity.

Sucre said the pandemic is under control after several weeks of sustained drops in daily infections.

The Ministry of Health reported 341 new infections on Tuesday, taking its total number of infections to 464,781.

South Africa’s daily COVID-19 vaccination rate plunged this week, indicating that the inoculation drive may be losing steam amid criticism of a lack of information about the shots among more remote and impoverished communities.

On Sept 20 just 159,542 doses were administered, the lowest amount on a week day since Aug 13, when 147,307 vaccinations were given, according to government statistics. That’s short of the government’s yet-to-be attained target of 300,000 doses a day and also the lowest since 18-to-35 year-olds became eligible for the doses on Sept 1.

Another 31,564 people in Britain have tested positive for COVID-19, bringing the total number of coronavirus cases in the country to 7,496,543, according to official figures released Tuesday.