The suffering caused by a rare liver disease spurred a doctor to help patients in the Garze Tibetan autonomous prefecture and train local surgeons in Sichuan province, Huang Zhiling reports in Chengdu. 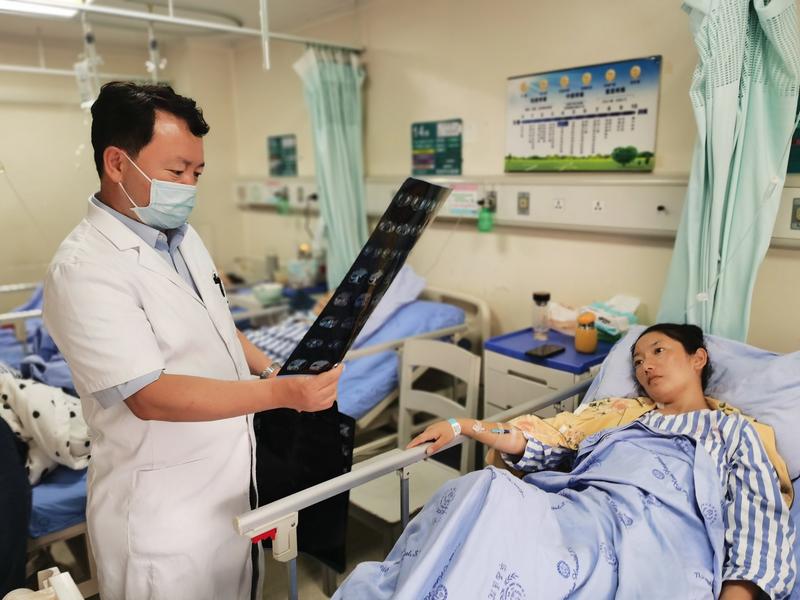 It seems more like science fiction than reality that a surgeon can remove patients' livers from their bodies, cut out the diseased parts and then sew them back in to save their lives.

But this is what Wang Wentao, professor and deputy chief of the liver surgery department at West China Hospital of Sichuan University in the provincial capital of Chengdu, does to save the lives of people suffering from Echinococcosis. The condition is also known as the "Hydatid disease of the liver", a disease resulting from "a cyst containing watery fluid and the larvae of certain tapeworms".

Wang, now 55, encountered his first case of Echinococcosis in Kangding, the capital of Garze Tibetan autonomous prefecture in Sichuan province in 2006. He has successfully performed operations on 109 patients in this unique way. The total number of such operations performed worldwide is some 200.

Located at the juncture of Sichuan, Yunnan and Qinghai provinces and Tibet, Garze is one of the least-developed areas in Sichuan. Nearly two out of every 100 people there suffer from Echinococcosis, according to the National Health Commission.

Offering free treatment in the People's Hospital of Garze Tibetan Autonomous Prefecture in 2006, Wang met a middle-aged Echinococcosis patient whose liver had been badly eroded by tapeworms and was dying.

Medical conditions in Garze were backward. When diagnosed, many patients were in the middle and late stages of the disease. As the death rate of patients in those two stages is 94 percent, many can only wait to die.

After seeing the desperate expressions on the faces of patients and their families, Wang decided to do something. 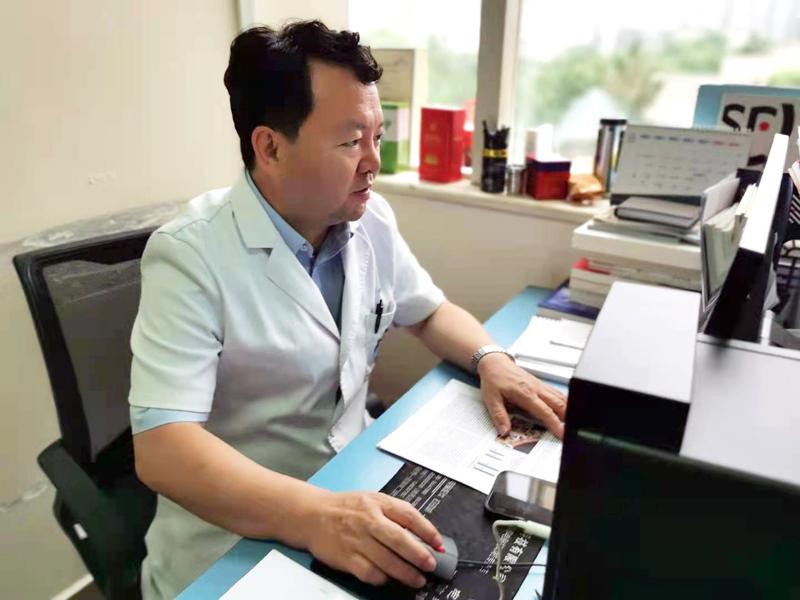 Wang in his office at the hospital. (HUANG LERAN / FOR CHINA DAILY)

Since 2006, Wang has fought against "the tapeworm cancer" which is how Echinococcosis is referred to in herding areas. He visited the Garze prefecture hospital at weekends and on holidays to guide local doctors to perform operations and spread information on how to prevent Echinococcosis.

Human beings and domestic animals can contract the disease. People in animal-herding areas can fall prey if they do not practice good hygiene after attending to livestock. The eggs of tapeworms can find their way into food if people prepare meals without washing their hands, Wang says.

"Medics from our hospital have given lectures and shown how to perform operations on Echinococcosis in the Garze prefecture hospital," says Li Weimin, president of the West China Hospital of Sichuan University.

Since 2015, Wang has visited the Garze prefecture frequently, having been there about 70 times.

Every trip might mean life or death. On the way to the prefecture, there are mudslides and landslides in the summer and black ice－a transparent coating of ice on a road surface－in the winter. One winter, the vehicle in which Wang was a passenger encountered black ice on the road and lost control.

"When the experienced driver from the prefecture controlled the vehicle, half of its wheels were hanging over the edge of a cliff," Wang recalls.

Altitude sickness is another challenge. Whenever Wang performs an operation in the Garze prefecture hospital, which is 2,800 meters above sea level, he has to inhale oxygen from a tube. An operation lasts between 10 and 18 hours. When he leaves the operating table, he often feels he will collapse.

Asked why he takes all these risks to be in the prefecture, Wang says it is difficult for herdsmen there who are not fluent in Mandarin to visit an unfamiliar city like Chengdu and its maze-like hospital.

In December 2016, Wang operated on Yungdrung, then a 22-year-old mother of two, in the Garze prefecture hospital.

"I was very unfortunate. My father died of the hydatid disease of the liver and my younger sister suffered from it," she says. 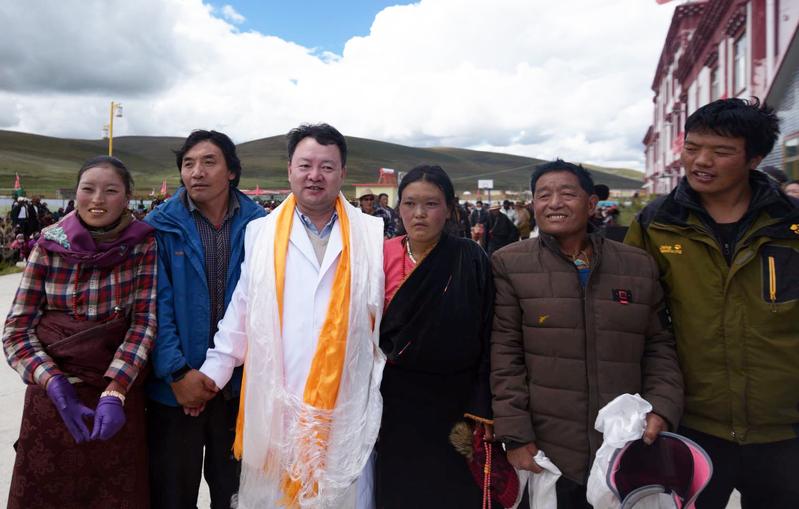 As the young Tibetan was in the late stage of Echinococcosis, a liver transplant had been her last hope.

"Due to the shortage of livers and a considerable cost to take medicine after a liver transplant, Doctor Wang removed my ailing liver, which still had some functions, out of my body and got rid of the disease before putting it back," she says.

Once she was discharged from the hospital, she embraced her grandmother and children. All of them shed tears of joy.

"Their joy was a great encouragement to me," Wang says.

Whenever Wang is in the Garze prefecture hospital, young doctors would call him "Master".

"Master himself would perform operations or guide local surgeons to perform operations on more than 300 Echinococcosis patients a year. He would teach the essentials of how to ensure a successful operation in the operating room," says Drime, a surgeon in the Garze prefecture hospital.

The Tibetan man is a native of Dzachukha county in the prefecture, where six out of every 100 people contract the disease, the highest rate in the world.

The Garze prefecture hospital used to have only two surgeons performing simple operations on Echinococcosis, according to Drime.

"Thanks to Master Wang and his hospital, the Garze prefecture hospital has eight surgeons to perform the operations and can perform 500 operations a year, compared with some 20 before," says Drime, who started studying for a master's degree in medicine in a Chengdu university last autumn.

"Surgeons in the Garze prefecture hospital can cope with all common cases of the disease, thanks to long-term assistance from my hospital－West China Hospital of Sichuan University," Wang says. He has been hired as the leading expert in the prefecture's Echinococcosis prevention and treatment center.

Because of Wang's help for Echinococcosis patients, he received two top awards on the third Chinese Doctors' Day on Aug 19, 2020.

He became one of 10 Chinese doctors named the "Most Beautiful Doctor" in 2020 by the Publicity Department of the Central Committee of the Communist Party of China and the National Health Commission. He also received the "Medal of Chinese Medical Doctor" award, which is the highest award of the Chinese medical sector.