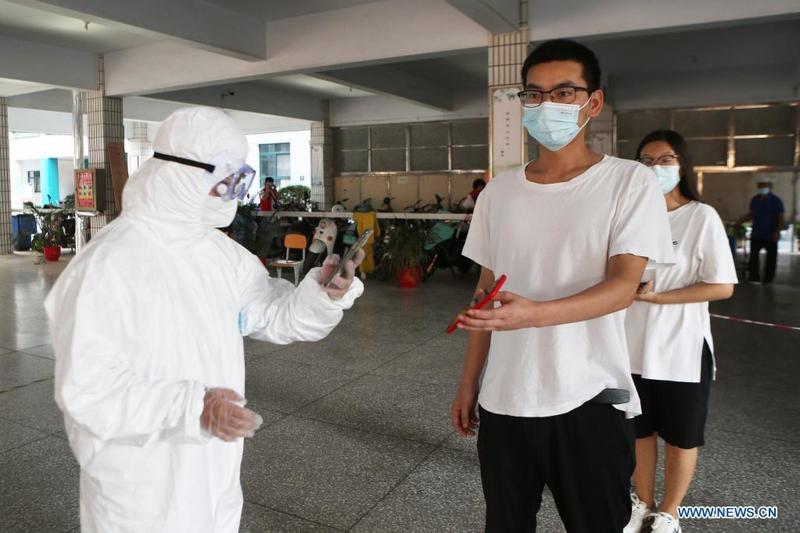 Of the new local cases, 45 were reported in Jiangsu, six in Hunan, three in Hubei, two each in Henan and Yunnan, and one each in Beijing, Shanghai and Fujian, according to the commission.

Meanwhile, the mainland also saw 29 fresh imported cases, eight of which were reported in Yunnan, six in Guangdong, three each in Tianjin, Shanghai and Sichuan, two each in Jiangsu and Shaanxi, and one each in Fujian and Shandong.

By the end of Monday, the number of confirmed cases on the mainland reached 93,193, including 87,400 recoveries. The death toll remained at 4,636

No new suspected cases or deaths related to COVID-19 were reported in the day, the commission said.

There were 1,157 patients still receiving treatment, 24 of whom were in severe condition, it said.

By the end of Monday, a total of 7,504 imported cases had been reported on the mainland with no deaths.

There was no suspected COVID-19 case on the mainland on Monday.

Nearly 1.69 billion doses of COVID-19 vaccines had been administered on the mainland by Monday, the commission said.

Wuhan, capital of central China's Hubei province, launched another citywide COVID-19 nucleic acid testing campaign on Tuesday, according to authorities at a press conference held by the provincial COVID-19 prevention and control headquarters.

The city, once hard-hit by COVID-19, identified new local clusters of infections Monday when seven migrant workers at the Wuhan Economic & Technological Development Zone tested positive for the coronavirus.

An all-inclusive nucleic acid testing campaign has been launched in the province, with approximately 403,000 people sampled so far.

According to the authorities, Hubei has urged residents not to leave the province unless necessary.

Before Monday, Wuhan had not reported a locally transmitted case for over a year.