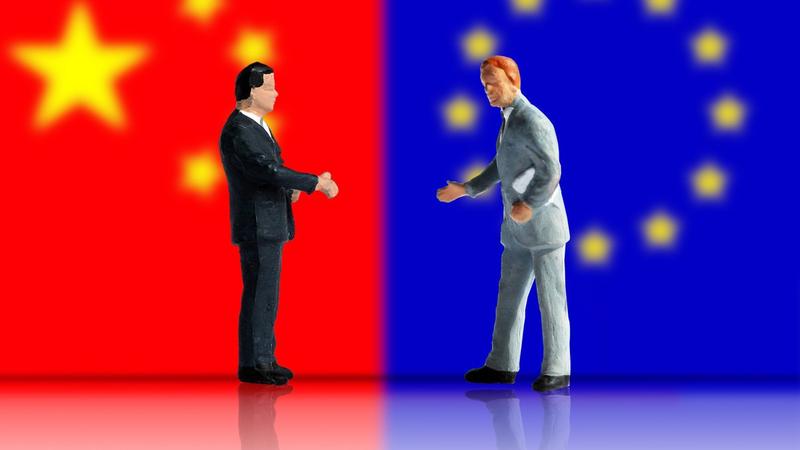 The China-EU Comprehensive Agreement on Investment (CAI) is in line with the common interests of China and the European Union, as well as beneficial to the world, and China and the EU are currently conducting technical preparations, including a legal review and translation of the agreement, according to China's Ministry of Commerce.

Asked about the progress of the CAI at a media briefing on Thursday, Gao Feng, spokesman of the ministry, said: "On July 5, Chinese President Xi Jinping participated in a video summit with French President (Emmanuel) Macron and German Chancellor (Angela) Merkel, and they've reached a series of important consensus.

(The meeting has) provided strong political guidance for China and the European Union to expand mutually beneficial and win-win cooperation.

"That have provided strong political guidance for China and the European Union to expand mutually beneficial and win-win cooperation and properly respond to global challenges, and have greatly boosted confidence of companies from both sides to deepen cooperation."

China and the EU announced the negotiations for the CAI had been completed as scheduled at the end of last year, and the agreement will become effective after both parties complete their respective legal procedures.

Gao stressed as two of the major economies in the world, China and the EU have strong economic complementarity and great potential for cooperation.

Since the outbreak of the COVID-19 pandemic, China and the EU have overcome difficulties to achieve growth in trade while bilateral investment also grew steadily and moderately, he said.

Strengthening economic and trade cooperation between China and the EU is conducive to enhancing the well-being of the people on both sides, as well as beneficial to jointly dealing with global challenges and promoting the recovery of the world economy, he said.

The EU is China's second-largest trading partner, and data from the General Administration of Customs showed China's trade with the EU surged 28.7 percent on a yearly basis to 2.06 trillion yuan (US$317.63 billion) during the first five months of the year.