RIA: Russian envoy to US back to Washington with optimistic mindset 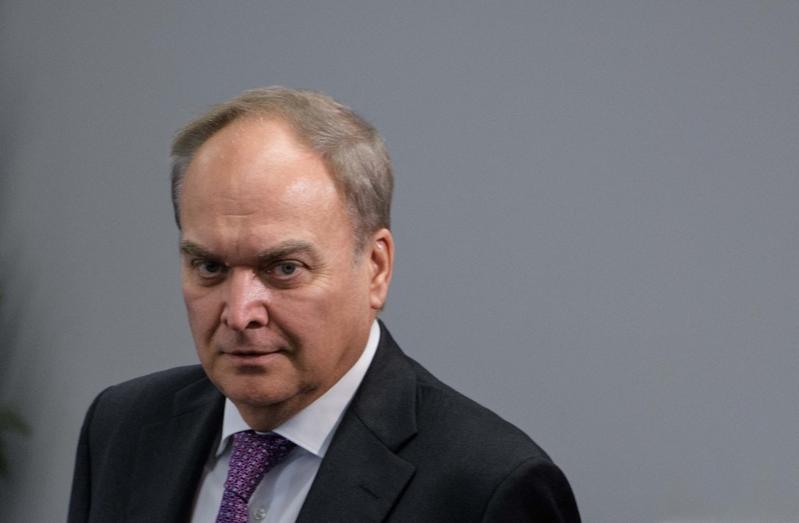 Russia's Ambassador to the US, Anatoly Antonov, arrives for an address by former US Secretary of State Rex Tillerson at a forum on US-South Korea relations at the Atlantic Council in Washington, DC on Dec 12, 2017. (MANDEL NGAN / AFP)

MOSCOW - Russia's ambassador to the United States, Anatoly Antonov, was in an optimistic mood ahead of his return to Washington on Sunday, expecting meetings scheduled with US colleagues next week to be constructive, the RIA news agency reported.

Moscow recalled Russia's ambassador to the United States, Anatoly Antonov for consultations after US President Joe Biden said in March that he believed his Russian counterpart Vladimir Putin was "a killer"

President Vladimir Putin and his US counterpart Joe Biden agreed to return their respective ambassadors to Washington and Moscow during talks in Geneva on Wednesday, a first summit between the two that they both described as pragmatic rather than friendly.

"There is a lot of work to be done. We are counting on progress," RIA cited Antonov as saying before he boarded a flight to the United States.

Antonov said he was returning with an optimistic mindset and that meetings would begin on Monday and continue throughout the week.