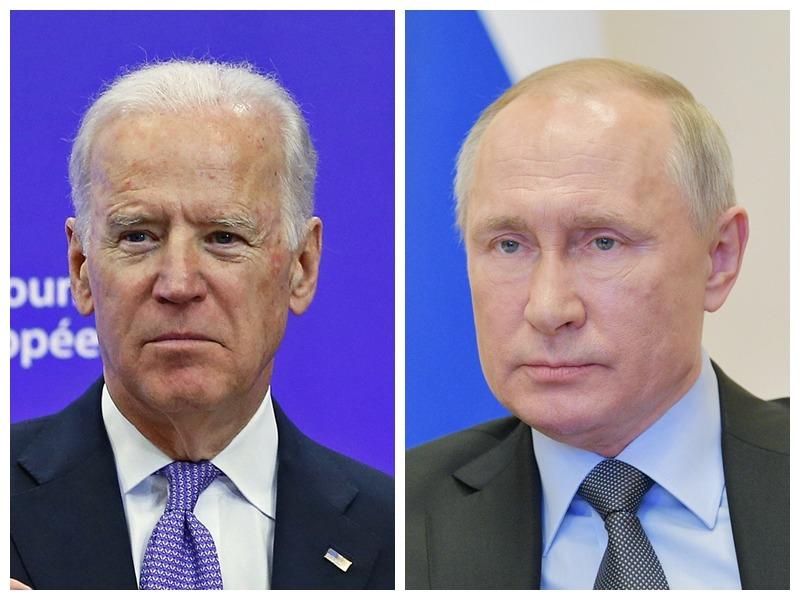 MOSCOW - A meeting between Russian President Vladimir Putin and his US counterpart Joe Biden in Geneva on Wednesday is unlikely to yield concrete deals but the talks will still be useful, a Kremlin aide said.

The leaders will meet for the first time since Biden became president as the bilateral relationship stands at the lowest point in years.

Nuclear stability, climate change, cybersecurity and the fate of US and Russian nationals who are in prison in each other's countries would be on the summit's agenda, Yuri Ushakov, Russian President Vladimir Putin's foreign policy adviser, said

Nuclear stability, climate change, cybersecurity and the fate of US and Russian nationals who are in prison in each other's countries would be on the agenda, the Kremlin aide said.

"I'm not sure that any agreements will be reached. I look at this meeting with practical optimism," Ushakov told reporters in comments cleared for publication on Tuesday.

Biden, who called former KGB operative Putin a killer in March, has cast Russia as engaging in unacceptable behavior on a range of fronts. He has also talked about Russia's "dilemmas" - its post-Soviet economic collapse, what he called overreach in Syria and problems with COVID-19.

In phone call in April, Biden proposed a summit with Putin to tackle their disputes.

READ MORE: Putin sees chance to work with Biden at low point in US ties

"The situation is just close to critical. Of course, something should be done in this context," said Ushakov, who was the Russian ambassador to the United States from 1998 to 2008.

The leaders have separately opened the door to a possible exchange of prisoners - two former US Marines held in Russia for Russians in US prisons. A lawyer said last year that Russian arms dealer, Viktor Bout, was one of the prisoners Moscow wants freed.