Cases of domestic child maltreatment in Hong Kong are on the rise, but they have been grossly underestimated and underreported, as both parents and victims want to avoid the shame and stigma. Wang Yuke reports. 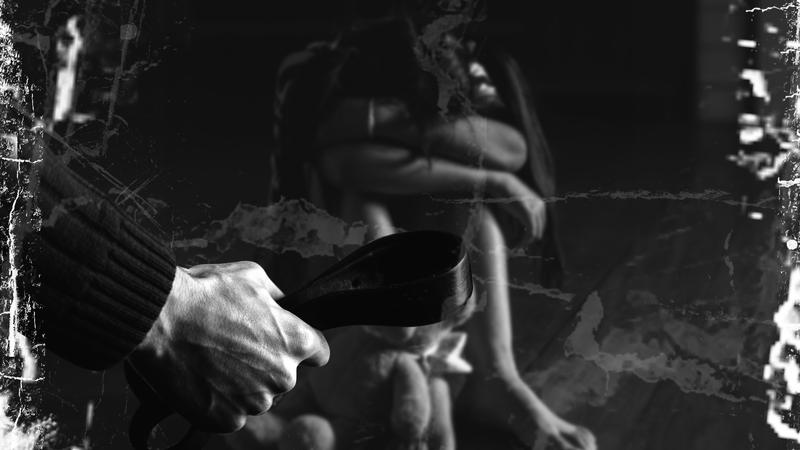 ‘The mother’s stress level was high, and her son had some visible, faint, but large patches of bruises on his arms — likely signs of abuse,” recalled social worker Abbie Cheung.

It was the first case of child maltreatment Cheung had detected at a kindergarten that had resumed classes after a prolonged shutdown due to the pandemic.

Cheung, a kindergarten supervisor on Hong Kong Island, who is in charge of pre-school rehabilitation services run by the Boys’ and Girls’ Clubs Association of Hong Kong, a non-governmental organization dedicated to the welfare of children and youth, believes the abuse to the boy might have occurred when he was studying at home. But the wounds had faded by the time he returned to the kindergarten, and that made it difficult to assess the actual level of injury.

The mother was frank, admitting to Cheung that she had often blown her top while coaching her son in his home studies, and had even thought of tossing him out of the building.

Child maltreatment was more hidden from view (during the pandemic). Its prevalence and severity could increase while reports of abuse decline. But all these could be indicated from the more frequent hospital visits as the problem worsened with life threatening injuries being inflicted on children

Clifton Emery, associate professor of social work and social administration at the University of Hong Kong

Educational experts are convinced that the long periods of school closures due to the pandemic have been a catalyst for the ill treatment of children, although fewer child abuse cases have been reported in most countries during the global public health crisis.

Many parents say they felt depleted and overwhelmed amid the lockdown, sparking arguments and conflicts with their children. Meanwhile, school closures and suspended child welfare services have allowed cases of child abuse to go unreported and unchecked, camouflaging the seriousness of the problem.

“Child maltreatment was more hidden from view (during the pandemic). Its prevalence and severity could increase while reports of abuse decline. But all these could be indicated from the more-frequent hospital visits as the problem worsened with life threatening injuries being inflicted on children,” said Clifton Emery, associate professor of social work and social administration at the University of Hong Kong, who has conducted research into the causes of child abuse.

It’s very likely the pandemic has led to a rise in incidents of child ill treatment, with students spending more time online, which exposes them to increased dangers of “data privacy breaches, exploitation and abuse in the digital world”, Emery said. “The authorities revealed that more juveniles in Hong Kong, some as young as 7 years old, have become victims of child pornography and sex crimes as they strike up friendships online while being stuck at home. The situation is alarming.”

Child abuse is an ever-present but under-estimated issue in Hong Kong. “The number of cases has gone up by about 75 percent in the past two decades,” said Carol Szeto, chief executive of Save the Children Hong Kong, a member of a globally-represented organization dedicated to helping marginalized children in areas like health, education and child protection.

Last year, the Social Welfare Department recorded 940 cases of child maltreatment, with physical abuse being the most common, followed by sexual abuse and neglect. More girls (nearly 60 percent) were affected than boys. “Unfortunately, many cases might have gone unreported,” said Szeto.

Children with special educational needs are more likely to encounter physical abuse, Cheung said. Their predisposition to disobey and misbehave and their volatility can easily irritate their parents, and parents with a very short fuse could resort to violence, she said. Parents with problematic children could get addicted to drugs, alcohol or computer games themselves to escape from reality. This in turn may increase the likelihood of their resorting to violence against their children, Cheung adds.

Emery contended that probably only 1 out of 100 cases of child abuse is reported in Hong Kong. “The best estimates we’ve got are from high-quality random surveys,” he said.

According to Michael Dunne, a professor of child maltreatment at the Queensland University of Technology, research shows that sexual abuse is often the least reported.

Dunne, who is also a child maltreatment consultant with UNICEF, said many children and adolescents refuse to come forward for fear they wouldn’t be trusted, or would be blamed for exposing themselves to danger outside the home. Their families also hide the dirty laundry from medical professionals and the police to avoid the “shame and stigma”.

Some young victims are also worried about being harmed after blowing the whistle, while some parents have misgivings about intrusions into their family matters, Dunne added.

Children could be the most disenfranchised group in society. With little power, resources and courage, they are afraid to speak up when being cruelly treated. Other factors, such as cultural backgrounds, family dynamics, the type of abuse inflicted, the child’s age, availability of support, and the community’s awareness of child protection services could also contribute to this situation, said Dunne.

“While medical workers may better understand the gravity of a particular case, they may choose to keep quiet for fear that their identities would be exposed and their safety threatened,” he said.

It’s also a pervasive conundrum that official data seriously misrepresent the true extent of child abuse, Dunne said. “At best, reports lodged with the child protection authorities may involve only about 20 percent of the actual cases and tend to reflect those that are most severe.”

Dunne lamented the institutional barriers and inconsistent information collection procedures in many societies that hinder the transparent release of data. “Data collection systems are not highly developed for recording interpersonal and family violence because local service providers, managers and policy makers are aware that collection and distribution of evidence would lead to demands for action, which is tough.”

Schools have taken measures to detect suspected cases of child abuse. At the kindergarten where Cheung works, questionnaires are sent out to parents at the start of each term to assess their problems in taking care of children and gauge their stress levels, according to the kindergarten’s principal, surnamed Leung, who declined to reveal her full name because of privacy concerns.

Parents with high stress levels or grievances about parenting will be in focus and their children will be given special attention by teachers to spot early signs of abuse, Leung said. Teachers and social workers will be at the school gates each day to receive and see off the children, while keeping an eye on the interaction between parents and their kids.

Children’s behavior in school offers an important clue to their relationship with their parents, as well as parenting skills, Cheung added. Teachers are trained to spot subtle signs in children that could betray maltreatment. Some tell-tale signs include being “drowsy in class”, “putting on untidy clothes”, “looking starved” and “having wounds or bruises,” Cheung said. There are also some less-evident signs suggesting that a child has been subject to mental or physical torture, such as refraining from group activities and having emotional swings.

Teachers are also trained in posing intricate questions to a child suspected to have been abused. “This is a delicate issue,” Cheung said, stressing that questions like “Did your dad spank you?” are no-nos as they might prevent a child from telling the truth, and “colored” answers cannot be used as evidence for judgment. “Ask only open questions instead, like ‘what’, ‘when’, ‘where’, ‘how’ and ‘how often’. For example, ‘How did you get that bruise?’”.

Leung said that the questionnaires help in the early detection of child abuse. A mother from a low-income family was found to have a high stress level. Cheung visited the family and was startled to find eight people living in a compact public-housing apartment that is meant to accommodate only four. The mother revealed that her son had attention deficit hyperactivity disorder — a mental health condition that can cause high levels of hyperactive and impulsive behaviors. He is a restless chatterbox who would often unwittingly annoy other family members. His father sometimes became so infuriated that he spanked his son who, on one occasion, had to be hospitalized.

Non-governmental organizations that campaign for child protection have been working tirelessly to protect children from abuse. Save the Children Hong Kong launched a “Heart to Heart Parent-Children” program designed to improve parent-child relationships so that children can grow up in a safe and secure environment. The organization said it spent HK$8 million (US$1.03 million) last year in hosting activities to ameliorate the mental health of parents and children. Those activities were designed as the first line of defense against child abuse.

Dunne said that while physical and sexual abuse cases have hit the headlines a lot more than tales of emotional abuse and neglect, the latter has proved to be the most debilitating type of maltreatment.

Why is emotional maltreatment so crushing to a child but underrepresented?

“For many young victims, sexual and physical abuse are discrete, time-limited incidents,” Dunne said. “(Whereas) emotional abuse can persist for many years. It’s something they have to live with every day.” Unlike discrete abuse that can be compartmentalized or left behind, the agony of non-discrete abuses, including emotional torment, social humiliation, threats of physical harm, exclusion from the family, and sexual abuse by multiple perpetrators, could be enduring. The cumulative effects jeopardize “their mental health, self-concept and sense of mastery over their own lives. It can impair their cognitive and emotional development and lead to difficult conditions in their adult years that can cause further problems,” Dunne said.

The effects could also permeate their life trajectories “from reducing educational achievement to fewer job opportunities and lower income; from difficulty in forming romantic relationships and having stable family lives to limiting their success in careers and the earlier onset of disease,” Dunne said.

Victims are often advised to learn to accept the traumatic experience rather than escape from it, but this may not work for each of them. “Some people may be resilient, but not everyone has such cognitive skills or the mental strength to do it,” Dunne said. “For many child abuse victims, it’s not easy learning to accept it and moving on with their lives.”

To spare innocent youngsters from maltreatment, every party, including policymakers, schools, social workers and parents themselves, should do their part.

Szeto would like to see a comprehensive law enforced to prohibit corporal punishment and other forms of cruel or degrading punishment of children in all settings, not merely in schools and child care centers, but also in homes and to abolish the defense of reasonable chastisement. “There should be a new offense for ‘failing to protect’ a child or vulnerable person, as an unlawful act or neglect could lead to death or serious injuries,” she said.

“Law reform plays an important role in changing cultural norms, and delivers a strong message that physical punishment is a form of violence, not parenting.”

In a case study of polyvictimization, in which a victim was physically, sexually and emotionally abused, and neglected by multiple caregivers for more than a decade, Emery found the worst psychological scars could be inflicted when a parent deliberately fails to protect the child from abuse, which is an “emotional betrayal”.

“You don’t know what a person has experienced until you walk 10 miles in their shoes,” Emery said. “Be kind and don’t judge; empower and inspire them to find the right path to recover. What never works is simply telling children to get over it and forget about it, cheer up, or turning your back on their tragic affairs.”