Time for US, Japan to behave in responsible manner 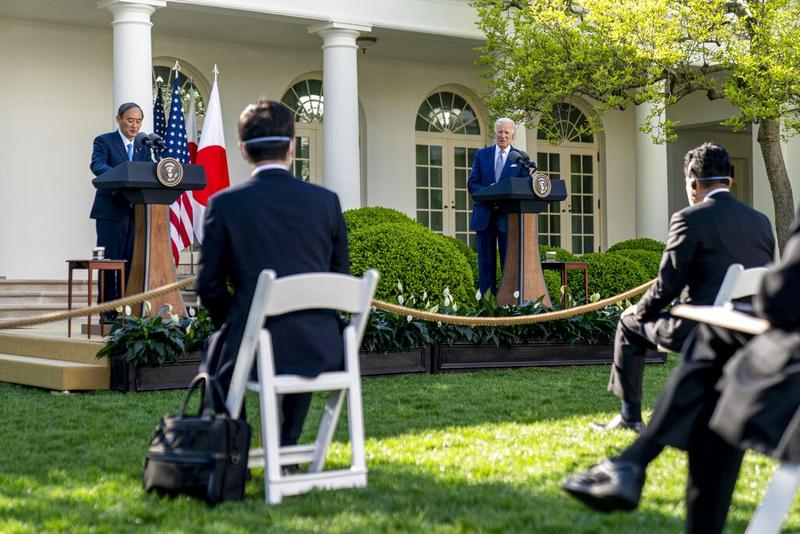 It comes as no surprise that China featured prominently, if not dominantly, in Friday's summit meeting between US President Joe Biden and Japanese Prime Minister Yoshihide Suga in the White House. The pair have reportedly discussed a slew of China-related issues including Taiwan, Hong Kong and Xinjiang.

Judged by their remarks at the joint news conference held after the meeting, there is an apparent signal that Washington and Tokyo, in all their rigorous showcase of the so-called ironclad alliance, now harbor the same intention to act in collusion against China.

By openly stating the issues they intend to use against China, it seems the sole aim for the US and Japan to reinforce their decades-old alliance under the new US administration is to redirect it against China, a signal the two countries should have avoided to send as it brims with a Cold War mentality and ideological bias

In their Rose Garden news conference on Friday, Biden said the United States and Japan "committed to working together to take on the challenges from China" and on issues like the East China Sea and the South China Sea to "ensure a future of a free and open Indo-Pacific."

Suga, for his part, took a swipe at China by saying he and Biden reaffirmed "the importance of peace and stability of the Taiwan Straits" without mentioning details.

As such, by openly stating the issues they intend to use against China, it seems the sole aim for the US and Japan to reinforce their decades-old alliance under the new US administration is to redirect it against China, a signal the two countries should have avoided to send as it brims with a Cold War mentality and ideological bias.

Neither Washington nor Tokyo cannot pretend that they do not know China's clear-cut stance over issues concerning its sovereignty and territorial integrity and core interests. And there is nothing they can do to press China to give in its positions over these issues.

The new US administration, through Biden's first face-to-face meeting with a foreign leader since taking office, has clearly succeeded in shoring up the US hostility toward China as well as its efforts to enlist support from allies for its anti-China campaign.

Yet, the administration needs to answer the inevitable questions: Where is its anti-China policy driving? Are they prepared to shoulder the dire consequences of decoupling with the Chinese economy or even a full-blown conflict over a regional flashpoint with it, such as Taiwan or the South China Sea, as those are the obvious worst-case scenarios of the US policy?

As for Japan's part, with its disputes with China over the East China Sea still looming large, its latest decision to discharge staggering amount of nuclear wastewater into the Pacific Ocean also drew much ire from Beijing. A show-case of the alliance with the US and its salient intention to contain China in the region would no doubt further strain the ties with its neighbor.

But Japan is obviously trying to play a balancing act between its alliance with the US and economic ties with China as Suga's open remarks in Washington on China-related issues were said to have made some in the US side disappointed as they were not as strongly worded as anticipated.

In fact, as players in the Asia-Pacific or the Indo-Pacific, an enlarged venue for geopolitical competition they prefer to project now, both the US and Japan should behave in a more constructive and responsible manner. Their anti-China collusion would only produce a lose-lose outcome, which will benefit no one's interests, let alone contribute to regional peace and stability.