Biden signals shift in US stance on bilateral ties with China

By ​Zhao Huanxin in Washington and Chen Yingqun in Beijing 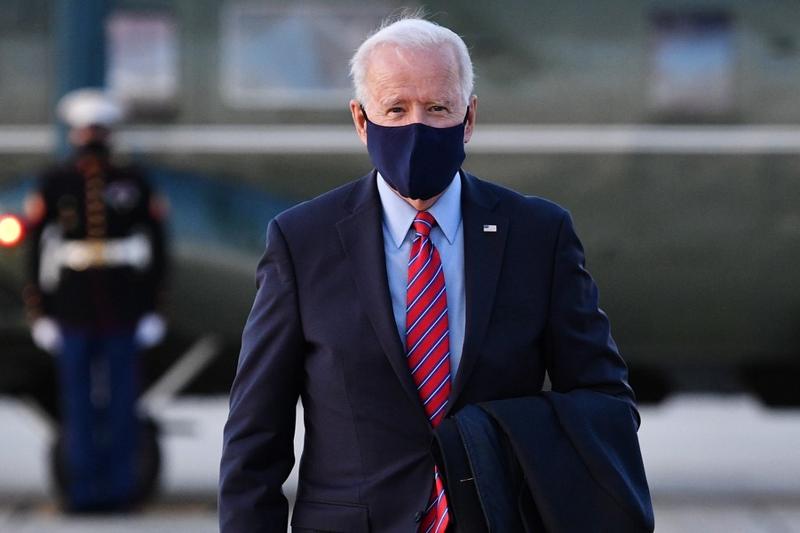 US President Joe Biden makes his way to board Air Force One before departing from Andrews Air Force Base in Maryland on Feb 5, 2021. (MANDEL NGAN / AFP)

US President Joe Biden said on Thursday that the United States is ready to work with China when it is in its interests to do so, while Beijing's top envoy in Washington called for "practical cooperation" for the benefit of the two countries.

Underscoring both the competitive and cooperative aspects of the China-US relationship appears to be what will differentiate the Biden administration's China policy from that of the Donald Trump presidency, at least at the outset.

We will... take on directly the challenges posed (to) our prosperity, security and democratic values by our most serious competitor, China

"We will... take on directly the challenges posed (to) our prosperity, security and democratic values by our most serious competitor, China," Biden said in a speech during a visit to the State Department. "But we're ready to work with Beijing, when it's in America's interest to do so," he said.

The president did not specify areas of cooperation.

He said in a foreign policy essay in Foreign Affairs magazine in April that the US sought to cooperate with Beijing on issues "where our interests converge, such as climate change, nonproliferation, and global health security".

Days after Biden took office, White House press secretary Jen Psaki said the new administration would approach the relationship with Beijing with "patience" and planned to review the hard-line policies of the previous administration.

Biden's top diplomat Antony Blinken said on Jan 25 that it's not a secret that the relationship between the US and China is "arguably the most important relationship that we have in the world going forward".

"There are adversarial aspects to the relationship, there's certainly competitive ones, and there's still some cooperative ones, too," Secretary of State Blinken told NBC News on Monday.

China has, over the past two weeks, stressed that ample areas of shared and interconnected interests exist between the two countries, and their cooperation, desired by the people of both nations, is such a popular trend that "cannot be reversed".

Beijing also outlined the issues concerning China's core interests, national dignity and the sentiment of its 1.4 billion people, which constitute a "red line" not to be crossed

Meanwhile, Beijing also outlined the issues concerning China's core interests, national dignity and the sentiment of its 1.4 billion people, which constitute a "red line" not to be crossed.

Noting that Biden has laid out his governance priorities, Chinese Ambassador to the US Cui Tiankai said China looks forward to working with the new administration and US subnational governments to carry out practical cooperation in public health, economic growth, climate change and other areas, so as to benefit the people of both countries and the world.

"Now the relationship is at a critical juncture; we need to keep in mind the larger picture and long-term interests and look for the greatest possibility for cooperation in a constructive way," Cui said on Thursday at a virtual event to mark the 40th anniversary of the sister-ship between China's Anhui province and the US state of Maryland.

"We need to reopen dialogue, resume cooperation and rebuild trust, so as to bring our relations back to the right track and contribute to world peace, stability and prosperity," Cui said.

Since the pandemic, subnational governments, businesses and nongovernmental organizations in both China and the US, including Anhui and Maryland, have rendered one another support and fought the pandemic "shoulder to shoulder", Cui said.

"COVID-19 will not be the last test from nature for mankind. Nor is it the only global challenge that we face," the envoy said. "As major countries, China and the United States should join hands to meet these common challenges and protect our shared home."

Chinese Foreign Ministry spokesman Wang Wenbin said on Friday in Beijing that he hoped the US would take a more rational view toward bilateral ties and actively carry out constructive dialogue with China so that both sides could focus on cooperation, manage differences and promote the healthy and stable development of bilateral relations.

Wang added that China is committed to developing bilateral relations based on non-conflict, non-confrontation and mutual respect, and will continue to firmly safeguard its sovereignty, security and development interests.