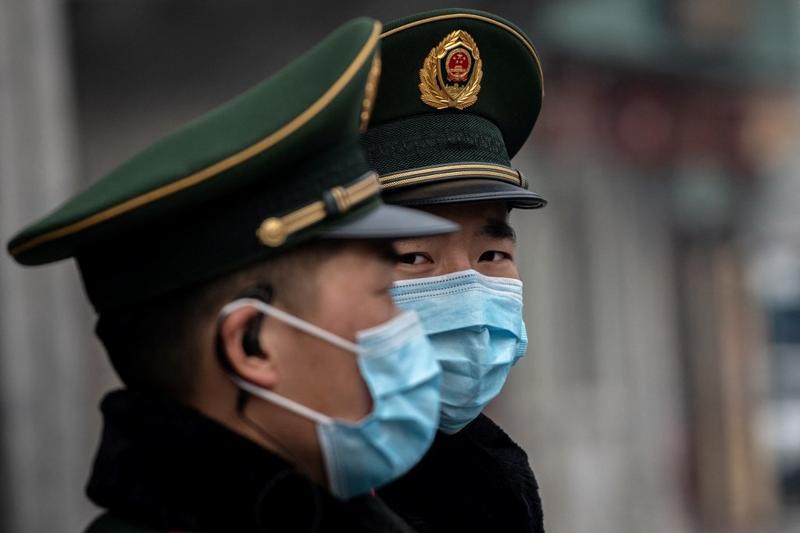 Paramilitary police stand along a street near the Great Hall of the People during the opening session of the National Peoples Congress (NPC) in Beijing on March 5, 2021. (NICOLAS ASFOURI / AFP)

A total of 85,153 patients had been discharged following recovery on the mainland, and 4,636 had died of the disease

A total of 10 new imported COVID-19 cases were reported on Friday, including three each in Tianjin and Guangdong, two in Shaanxi, and one each in Shanghai and Sichuan, said the commission in its daily report.

No new suspected cases or new deaths related to the disease were reported, it added.

On Friday, 15 COVID-19 patients were discharged from hospitals following their recovery.

The total number of confirmed COVID-19 cases on the mainland reached 89,962 by Friday, including 173 patients still receiving treatment, including one in severe condition.

A total of 85,153 patients had been discharged following recovery on the mainland, and 4,636 had died of the disease.

There were no suspected COVID-19 cases on the mainland by the end of Friday, and 4,451 close contacts remained under medical observation.

A total of 256 asymptomatic cases were under medical observation, of whom 254 arrived from outside the mainland.