HK$120b relief package to put city back on track 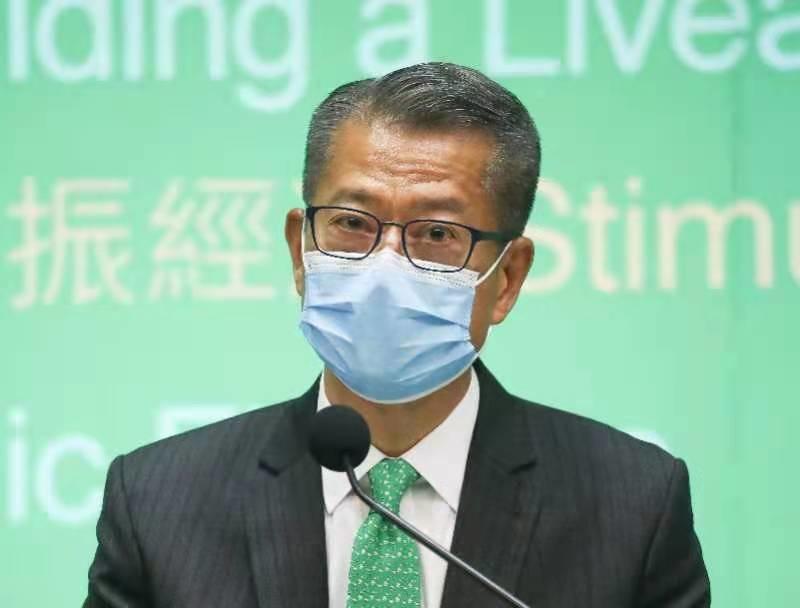 The Hong Kong Special Admin­istrative Region government on Wednesday rolled out a further HK$120 billion (US$15.47 billion) relief stimulus package to prop up the pandemic-­ravaged economy and alleviate people’s financial burdens as it faces a budget deficit for three successive years.

“Although I forecast an improve­ ment in revenue for the next finan­cial year, l expect that the fiscal deficit will reach HK$101.6 billion, accounting for 3.6 percent of GDP, due to the countercyclical fiscal measures and the continued increase in recurrent expenditure,” Financial Secretary Paul Chan Mo-­po said in delivering the 2021­-22 Budget — the fourth of the incumbent administration.

Countercyclical measures could boost economic growth by 2 per­cent, according to government sources.

Financial Secretary Paul Chan Mo-po offered a list of “sweeteners”, including HK$5,000 worth of electronic con­sumption vouchers for each eligi­ble Hong Kong permanent resident and new arrival aged 18 or above and cuts in salaries tax, among other relief measures

The measures, Chan said, were aimed at creating an environment that benefits Hong Kong people, workers and businesses amid a 17­-year­-high unemployment rate of 7 percent.

The financial chief offered a list of “sweeteners”, including HK$5,000 worth of electronic con­sumption vouchers for each eligi­ble Hong Kong permanent resident and new arrival aged 18 or above; cuts in salaries tax, capped at HK$10,000; a 100 percent reduction in profits tax, capped at HK$10,000, that will benefit nearly 130,000 enterprises; an extra half­ month pay in welfare allowances; as well as low interest rate loans of up to HK$80,000 for the jobless.

He also announced a revised record budget deficit forecast of HK$257.6 billion for the 2020-­21 financial year, compared to the original forecast of HK$139.1 bil­lion. The city’s fiscal reserves are expected to stand at HK$902.7 bil­lion by March 31.

As the coronavirus roiled the local economy, the government dished out almost HK$318 billion in relief last year — including four rounds of the Anti­-epidemic Fund and HK$120 billion in relief aid under the 2020­21 Budget. Hong Kong’s fiscal reserves have dwin­dled sharply in two years — from the equivalent of 23 months of gov­ernment expenditure to 13 months.

The SAR recorded a budget defi­cit of HK$37.8 billion, about 1.3 percent of GDP, for the 2019­-20 financial year, ending a 15­-year streak of surplus. The last time the city experienced a budget deficit was from 2000 to 2003 on the heels of the Asian financial crises and before the SARS outbreak.

“The budget has also put for­ward effective measures to ensure prudence in public finance which, in turn, will enhance confidence in Hong Kong’s fiscal strength and is conducive to maintaining our monetary stability. I support the pragmatic approach in adopting a deficit budget amid the prevailing economic downturn,” Chief Execu­tive Carrie Lam Cheng Yuet­-ngor said in a statement.

The Association of Chartered Certified Accountants said: “While weighing up public spending based on our revenue, the public expenditure in areas related to people’s livelihood is not reduced. It’s important to infuse energy in sustainable economic develop­ment and maintain confidence in the market to enable businesses to rebound and ensure stable employment when the economy recovers.”

Hong Kong’s economy is expected to resume positive growth this year, but the progress of economic recovery will hinge on the pandemic situation, Chan said

Chan said government expenditure should enter a consolidation period, and the long-term financial commitments should also be commensurate with the increase in revenues.

Hong Kong’s economy is expected to resume positive growth this year, but the progress of economic recovery will hinge on the pandemic situation, he said.

“As long as the community comes together to control the pandemic and social stability is maintained, economic recovery will likely gain a stronger momentum in the second half of the year in tandem with an expected rebound in the global economy,” Chan added.

The government estimates the local economy will grow by 3.5 percent to 5.5 percent in real terms in 2021, citing the latest internal and external situations, as well as the stimulus effect of the fiscal measures. The headline inflation rate and the underlying inflation rate will be 1.6 percent and 1 percent respectively this year.

The city’s economy shrank at a record annual rate of 6.1 percent last year under the weight of the pandemic, as well as geopolitical uncertainties.