Visitors clad in anime costume pose in front of a school of stingrays at Shanghai Haichang Ocean Park during the 2021 Spring Festival holiday. (PHOTO PROVIDED TO CHINA DAILY)

Many Chinese shortened the distances of their travels during Spring Festival this year.

Zhao Yun checked into a rural homestay with a couple of friends in northeastern Beijing's Miyun district during the seven-day holiday.

"It was my first time spending the festival away from home," says the 29-year-old Beijing resident, who's originally from East China's Anhui province.

Zhao says many of his friends whose hometowns are outside of Beijing chose to stay put. So, they decided to take short excursions in the suburbs.

"After all, the holiday calls for some sense of ritual," he says.

Zhao visited Beijing Wtown resort, played mahjong with friends and enjoyed celebrations in the countryside during his stay.

"It was fun," he says, adding that his parents were very understanding and supported his decision to not return home for the traditional family reunion this year.

Zhao is one of the millions of Chinese who answered the country's call to stay put during the holiday to reduce the risk of spreading COVID-19.

Among more than 57,000 respondents who work for 480 enterprises, 75 percent of migrant workers chose to stay in their current cities of residence, according to a China Association for Labor Studies survey. 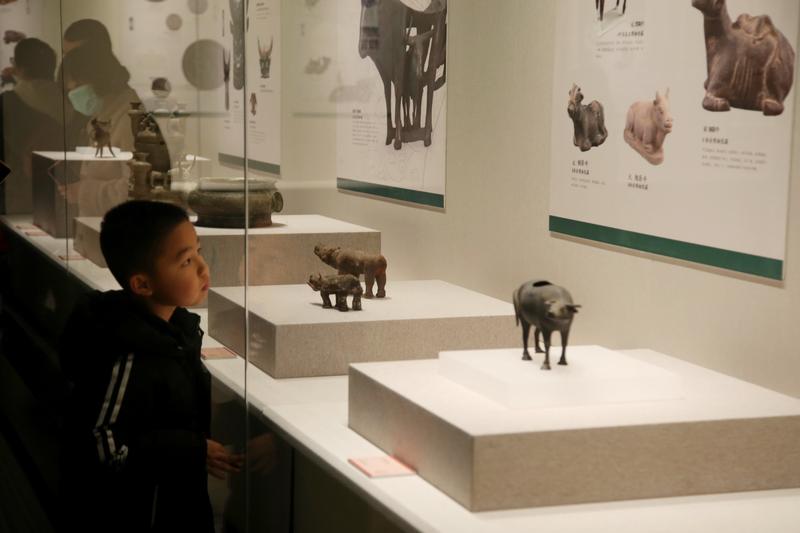 Beijing's 147 monitored key scenic spots received over 7.8 million visits, 3.7 times more than during the 2020 Spring Festival holiday and 83.8 percent of that in 2019, the Municipal Bureau of Culture and Tourism reports.

The capital's rural areas received 273,000 visits during the holiday and raked in 58.2 million yuan.

In addition to traditional sightseeing and historical spots, zoos, botanical gardens and theme parks were packed with local holidaymakers, according to Trip.com Group.

Haichang Ocean Park saw local visits rise by nearly 30 percent year-on-year at each of its nine locations across the country, including Shanghai, Sichuan province's capital, Chengdu, Chongqing and Tianjin, the company reports.

About 80 percent of visits to the Shanghai park were made by locals, an increase of 24 percentage points compared with the same period in 2019.

As of Feb 16, the total festival-period visits to the Shanghai park reached 86 percent of the volume during the 2019 festival, while night visits nearly doubled, Guo says.

Hotels and homestays in major cities also benefited from the increase of short-distance travel.

The resort was fully booked for three days starting from the second day of the holiday.

"It was unexpected," Guo Kun says.

A variety of lanterns on display at a scenic spot in Fuzhou, Fujian province. (PHOTO/ XINHUA)

About 60 percent of guests made reservations just one day ahead, which suggests they're locals, he explains.

Four- and five-star hotels accounted for 60 percent of bookings on Trip.com Group during the holiday, and prices rose by 2,900 yuan, compared with 714 yuan in January.

A series of online culture-and-tourism events were staged for Beijing residents during the Spring Festival holiday, including more than 350 folk-custom lectures, exhibitions and reading events, as well as dance, opera and folk-art performances.

The shift from long-distance migrations to short-range travel was conspicuous during this year's Spring Festival, says Wang Xingbin, a senior researcher with the China Academy of Culture and Tourism of Beijing International Studies University.

People born in the '90s have shown a preference for local hotels where they can participate in role-playing games like langrensha ("werewolf"), he says.

Wang suggests that tourism businesses should integrate external elements and develop new packages to add value and appeal to their products.