COVID-19 infections in Indonesia near one million 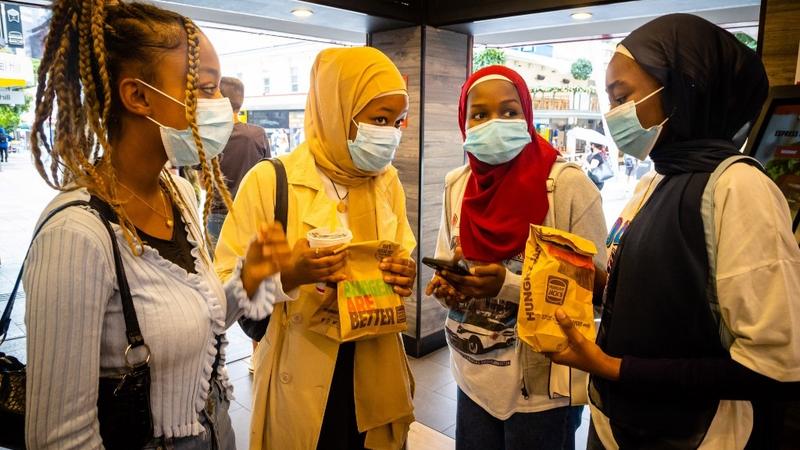 According to the ministry, 10,678 more people were discharged from hospitals, bringing the total number of recovered patients to 809,488.

Australia on Monday approved the Pfizer-BioNTech COVID-19 vaccine for use but warned AstraZeneca’s international production problems mean the country would need to distribute a locally manufactured shot earlier than planned.

The country’s medical regulator was one of the first in the world to complete a comprehensive approval of the Pfizer-BioNTech vaccine, Prime Minister Scott Morrison said on Monday, noting it was a year since the first local coronavirus case was detected.

Vaccination of priority groups with the Pfizer vaccine is expected to begin in late February at 80,000 doses per week, Health Minister Greg Hunt told reporters.

Pfizer had told the Australian government it anticipated continuous supply but would provide global production guidance “in mid-February for March and beyond on a weekly basis,” he said.

The Australian rollout update comes after AstraZeneca Plc told European Union officials on Friday it would cut deliveries of its vaccine to the bloc by 60 percent in the first quarter due to production problems.

Also, on Monday, the Australian government suspended the quarantine-free travel arrangement for New Zealand's passengers for a minimum of 72 hours in order to reduce the risk of new variant of the COVID-19 virus entering the community.

"The changes come into effect, as I say, immediately," Hunt said in a press conference in Canberra.

It means all green safe travel zone passengers from New Zealand currently en route to Australia, or with planned travel to Australia in the next 72 hours will be required to enter mandatory hotel quarantine for up to 14 days on arrival or take other action based on the requirements of the relevant state and territory governments.

The official data showed that 14,829 samples were tested in the last 24 hours across Bangladesh.

The total number of recovered patients in the country stood at 476,979 including 566 new recoveries on Monday, said the DGHS.

According to the official data, the COVID-19 fatality rate in Bangladesh is currently 1.51 percent and recovery rate is 89.59 percent.

Another mass testing for COVID-19 is underway in Thimphu city of Bhutan since January 25.

This screening is the second mass testing within a week, which was conducted to ensure the capital city's safe transition from yellow stage to green zone.

"This mass testing will help rule out any residual cases in the community," said Prime Minister Lotay Tshering, adding that the mass screening will conclude on January 28.

It will also allow authorities to fully ease the lockdown. The capital city has been placed under a complete lockdown following community transmissions from December 20, 2020.

The number of COVID-19 cases related to travel increased by nearly seven times in Japan after the government carried out a subsidy program aimed at promoting domestic tourism in July, a recent study revealed.

In the study, which was published Thursday in the Journal of Clinical Medicine, the researchers compared the daily number of confirmed cases of COVID-19 prior to and after the "Go To Travel" campaign.

Japan's National Police Agency (NPA) said Monday that almost 200 people across the country who had contracted coronavirus died outside of hospitals and other medical facilities dedicated to treating COVID-19 positive patients.

The NPA said from March last year through January, 197 people passed away after contracting the virus at home and other places other than hospitals after their conditions deteriorated suddenly.

Compared to 56 such deaths confirmed in December, the NPA said from Jan. 1 through Jan. 20, 75 such deaths were confirmed.

New Zealand health officials said on Sunday they were investigating what they said was probably the country’s first community coronavirus case, in months in a woman who recently returned from overseas.

The 56-year-old, who returned to New Zealand on Dec 30, tested positive for the virus that causes COVID-19 days after leaving a two-week mandatory quarantine at the border where she had twice tested negative.

“We are working under the assumptions that this is a positive case and that it is a more transmissible variant, either the one identified first in South Africa or the UK, or potentially Brazil - or another transmissible variant,” Director-General of Health Ashley Bloomfield told a news conference.

It is not known how the woman was infected or whether the infection is new, Bloomfield said. But since the woman tested positive several days after being released from quarantine and has been at home, the authorities are treating it as a “probable community case”.

Israel's Ministry of Health on Sunday reported first five cases of the new COVID-19 strain that was detected in Los Angeles and in other multiple counties throughout the US state of California.

The ministry also reported five new cases of the new COVID-19 strain that was detected in South Africa and other countries.

These are five people who have recently returned from South Africa and the United Arab Emirates, the ministry noted.

This brings the total number of patients tested positive for COVID-19 variants in Israel to 185.

The death toll from the COVID-19 reached 4,392 after 66 new fatalities were added, while the number of patients in serious condition increased from 1,171 to 1,181, out of 1,861 hospitalized patients.

The Israeli cabinet approved on Sunday a ban on incoming and outgoing passenger flights to prevent the spread of new coronavirus variants.

The shutdown will come into effect at midnight (2200 GMT) between Monday and Tuesday and will last until Jan 31, according to a statement issued by the Prime Minister's Office.

Arrivals will be banned and landings will be permitted only in a few exceptions including cargo flights, medical emergencies, and fire service flights.

Departures will also be banned except for medical emergencies, legal procedures and attending a funeral of a relative.

Turkey announced on Sunday that 6.5 million more doses of COVID-19 vaccines would arrive in the country from China.

Turkish Health Minister Fahrettin Koca said in a tweet that the arrival of new Chinese vaccines on Monday are part of the second planned shipment of 10 million doses of the vaccines developed by the Chinese company Sinovac.

Turkey reported 5,277 new COVID-19 cases, including 684 symptomatic patients, as the total number of positive cases in the country reached 2,429,605, according to its health ministry.

The rate of pneumonia in COVID-19 patients stands at 5.1 percent and the number of seriously ill patients is 1,905 in the country, said the ministry.

Lebanon has witnessed a remarkable increase in the daily number of infections and deaths over the past two weeks after the Lebanese authorities reduced lockdown measures during the festive season of Christmas and New Year.

China has offered help to Lebanon's anti-coronavirus fight, including the donation of medical equipment to Beirut's airport, and Lebanon's Health Ministry.

The ministry also reported five new deaths, raising the death toll from the infectious virus to 12,993, and 1,704 more recovered cases, bringing the total recoveries to 581,542.

A total of 5,378,130 tests have been carried out across the country since the outbreak of the disease in February 2020, with 35,343 done during the day, according to the statement.

Meanwhile, Ministry of Health spokesman Sayf al-Badr told official Iraqi News Agency (INA) that the import of the vaccine and its distribution would be through the health authorities.

Health Ministry Director-General Noor Hisham Abdullah said in a press statement that eight of the new cases are imported and 3,040 are local transmissions.

Another 11 deaths have been reported, pushing the death toll to 689.

Another 3,638 patients have been released after recovery, bringing the total cured and discharged to 145,084 or 77.6 percent of all cases.

Myanmar reported 383 more COVID-19 cases on Monday, bringing the tally in the country to 137,957, according to a release from the Ministry of Health and Sports.

Seven more COVID-19 deaths were reported on Monday, bringing the death toll to 3,069 in total, the release said.

According to the ministry's figures, a total of 122,116 patients have been discharged from hospitals so far.

The daily test positivity rate was recorded at 2.1 percent on Monday and over 2.28 million samples have been tested for COVID-19 so far, the release said.

The first batch of COVID-19 vaccine, Covishield vaccine, arrived in Myanmar on Jan. 22 and the shots are expected to be distributed to about 750,000 people this week.

Iranian authorities announced on Sunday 5,945 new COVID-19 confirmed cases, taking the tally to 1,372,977 in the country, the official website of Iran's Ministry of Health and Medical Education said.

Of the newly infected in the past 24 hours, 437 had to be hospitalized, spokeswoman for the ministry Sima Sadat Lari said at her daily briefing.

She said that 89 new deaths related to the coronavirus were registered, raising the death toll to 57,383.

The spokeswoman said that 1,164,794 COVID-19 patients have recovered or been released from Iranian hospitals, while 4,090 others are currently in critical condition.

Meanwhile, 118 more recovered from the virus, bringing the overall recoveries to 144,858, while the fatalities remained 248, according to a ministry statement quoted by QNA.

Singapore's Ministry of Health (MOH) reported 48 new COVID-19 cases on Sunday, bringing the total confirmed cases in the country to 59,308.

There are currently 50 confirmed cases who are still in hospital. Of these, most are stable or improving, and none is in critical condition in the intensive care unit.

Furthermore, 188 patients, who have mild symptoms, or are clinically well but still test positive for COVID-19, are isolated and cared for at community facilities.

South Korea reported 437 new cases over the last 24 hours, the highest number in more than a week. Still, new cases have remained below 500 for eight straight days. Total deaths rose by 11 to 1,360.

The USFK said in a statement that 12 USFK-affiliated individuals were confirmed with the COVID-19 after arriving in South Korea between Jan. 8 and 20.

One service member arrived at Osan Air Base on US government-chartered flight from the United States on Jan. 18. The Osan Air Base is located in Pyeongtaek, 70 km south of Seoul.

The confirmed patients have been transferred to designated isolation facilities at the US Army Garrison Humphreys and the Osan Air Base, both of which are located in Pyeongtaek.

Thailand plans to begin its national vaccine rollout from Feb. 14, starting with health-care and front-line workers, according to the Health Ministry. As vaccine availability remains limited, target groups with higher infection risks will be administered the shots during the first of a three-phased rollout plan, Permanent Secretary of Public Health Kiattiphum Wongrajit said Monday.

The Southeast Asian nation last week approved AstraZeneca Plc vaccines for emergency use, and is expected to receive 50,000 doses next month from the British-Swedish firm. Thailand is also in line to receive 200,000 doses from Sinovac Biotech Ltd., whose vaccine is expected to get the local drug regulator’s nod in about three weeks.