A health worker inoculates a doctor with COVID-19 coronavirus vaccine at the BAPS Yogiji Maharaj Hospital in Ahmedabad on Jan 22, 2021. (SAM PANTHAKY / AFP)

According to the official data, the death toll mounted to 153,339 as 155 COVID-19 patients died since Saturday morning.

The COVID-19 infections in the Middle East have surpassed the 8-million mark on Saturday as many countries in the region resort to vaccination and strict preventative measures to curb the spread of the virus.

The holiday season around the turn of the year, in addition to the cold weather, has prompted the confirmed cases in the Middle East to double from 4 million to 8 million in just around two months.

However, the increase of confirmed cases in the region has seen a sign of slowing down for the past few weeks as many countries started vaccination campaigns while implementing strict preventative measures at the same time.

Turkey, where the mass vaccination of a Chinese vaccine already kicked off, has announced that 10 million more doses of the Sinovac vaccines are expected to arrive from China by this week.

The country's health authority said that more than 675,000 health workers have received the vaccines during the first three days of the country's vaccination program, which started on Jan 14.

Turkey's Health Ministry on Saturday confirmed 5,856 new COVID-19 cases, including 723 with symptoms, raising the total number to 2,424,328 in the worst-hit country in the region.

Egypt, Iraq, and the United Arab Emirates also have approved the emergency use of Chinese vaccines, which have been proven safe and effective in their tests. 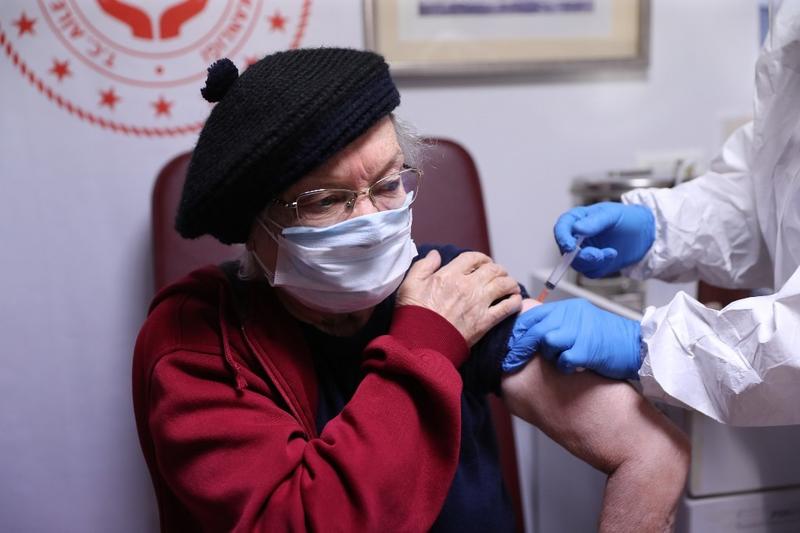 An elderly woman receives an injection of the CoronaVac vaccine at a nursing home in Ankara, on Jan 19, 2021, amid the COVID-19 pandemic. (ADEM ALTAN / AFP)

Australia's COVID-19 vaccine program is on track to begin as scheduled, with the first Pfizer doses set to arrive in hospitals in mid-to-late February, Treasurer Josh Frydenberg said Sunday.

Australia pre-purchased 10 million units of the Pfizer and BioTech vaccine in November to begin inoculating front-line workers in hospitals and aged-care residents next month.

Concern has heightened about delays in delivery of the vaccine and tightening supplies after Pfizer said it would scale back shipments to countries outside the US while it renovates a factory in Belgium.

Indonesia sees downside risks for economic growth in the first quarter as the government imposed more restrictions to curb a worsening coronavirus outbreak, according to the finance minister.

The first quarter is “very tough,” Finance Minister Sri Mulyani Indrawati said in an interview with Bloomberg Television’s Haslinda Amin on Saturday. “We hope in February and March we can still catch up despite the January which is going to be very tough because of COVID-19 and natural disasters.”

The new cases included 299 in the capital Baghdad, 113 in Kirkuk, 96 in Karbala, and 44 in Diyala, the Ministry said in a statement.

The Ministry also reported four new deaths, raising the death toll from the infectious virus to 12,988, and 1,546 more recovered cases, bringing the total recoveries to 579,838.

Israel's Ministry of Health on Saturday said six pregnant women have tested positive for the mutant COVID-19 strain which was detected in Britain and other countries.

Israel's Ministry of Health reported 4,550 new COVID-19 cases on Saturday, bringing the total tally in the country to 593,578.

The death toll from the COVID-19 in Israel reached 4,326 after 60 new fatalities were added, while the number of patients in serious condition decreased from 1,182 to 1,171, out of 1,844 hospitalized patients.

Tokyo found 986 new COVID-19 cases on Sunday, the first time for the daily total to be below 1,000 in 12 days. Japan’s capital is halfway through its second state of emergency, with bars and restaurants asked to close at 8 pm.

The new fatalities brought Jordan's coronavirus death toll to 4,217, according to a statement released by the ministry.

The Lebanese Health Ministry registered on Saturday 4,176 new COVID-19 cases, raising the total number in the country to 276,587.

Firas Abiad, director general of Rafic Hariri University Hospital, said the spread of the COVID-19 variants in Lebanon was expected and may have contributed to the recent sharp rise in the number of cases.

Mongolia has reported 16 new cases of COVID-19 in the last 24 hours, taking its total tally to 1,627, the country's National Center for Communicable Diseases (NCCD) said Sunday.

"A total of 12,848 tests for COVID-19 were conducted across the country yesterday and 16 of them were positive," Amarjargal Ambaselmaa, head of the surveillance department of the NCCD, said during a daily press conference.

The latest cases were locally transmitted and detected in the country's capital Ulan Bator, said Ambaselmaa.

Myanmar reported 507 new COVID-19 infections and 14 more deaths in the past 24 hours, according to a release from the Health and Sports Ministry on Saturday.

Including the recently confirmed cases, the number of COVID-19 positive cases rose to 137,098 while the death toll stood at 3,045 on Saturday, the release said.

The woman was an overseas returnee who had spent four months in Europe and returned from London via Singapore, said Bloomfield.

The woman tested negative on her day-2 and day-10 routine tests and left the managed isolation hotel in Auckland on Jan 13.

An additional eight new cases of COVID-19 in managed isolation were reported earlier on Sunday. 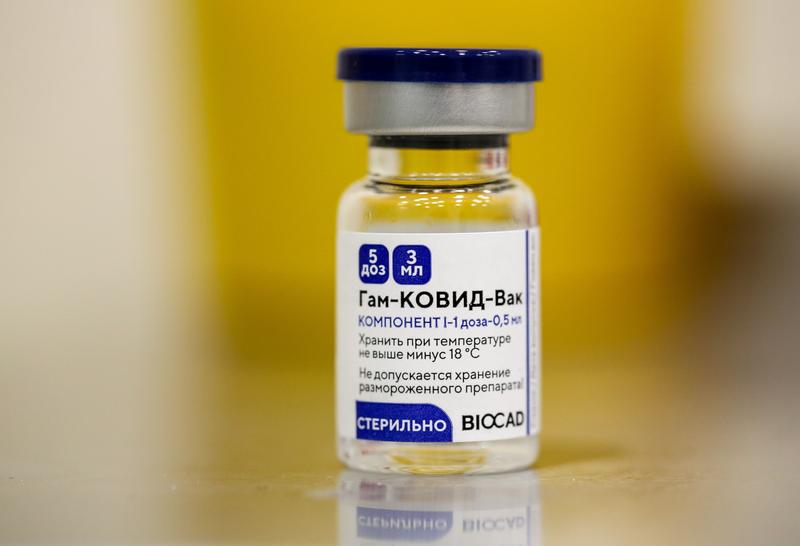 A vial of the Sputnik V vaccine, manufactured by Biocad JSC, inside a COVID-19 vaccination center inside the Afimall City shopping center in Moscow, Russia, Jan 20, 2020. (ANDREY RUDAKOV / BLOOMBERG)

Pakistan is close to granting approval to Russia’s Sputnik V vaccine, as world’s fifth most-populous nation looks to start inoculations against the coronavirus.

The country’s technical committee has cleared and recommended the vaccine to the drug registration board that is considering Sputnik’s application, said Akhtar Abbas Khan, spokesperson for Drug Regulatory Authority of Pakistan.

“Before issuing a letter...some administration process is left and then we can say,” he said.

Concern is mounting over the growing vaccine disparity between rich and poor nations, which the World Health Organization’s director-general has called a “catastrophic moral failure.” Pakistan is not among the 55 nations that have started administering shots, according to data collected by Bloomberg.

The South Asian country has already ordered 1.2 million doses from China’s vaccine developer Sinopharm, with deliveries to start Jan. 31. It has also given approval to AstraZeneca Plc’s shot for private use.

CanSino Biologics Inc has also offered 20 million shots to Pakistan as it gets ready to release efficacy results “in a few days” from recently-completed Phase III trials, according to its local partner.

Singapore's Ministry of Health (MOH) reported 10 new COVID-19 cases on Saturday, bringing the total confirmed cases in the country to 59,260.

All of the new cases are imported cases.

South Korea reported 392 more cases of COVID-19 as of midnight Saturday compared to 24 hours ago, raising the total number of infections to 75,084.

The virus spread showed signs of moderating this year, but the daily number of infections has hovered above 100 since Nov. 8 owing to small cluster infections in Seoul and its surrounding Gyeonggi province as well as imported cases.

The Department of Health (DOH) of the Philippines reported 1,949 new COVID-19 cases on Sunday, bringing the total number of confirmed cases in the Southeast Asian country to 513,619.

The death toll climbed to 10,242 after 53 more patients died from the viral disease, the DOH said. The agency added that the number of recoveries surged to 475,612 after 7,729 more patients recovered.

The Philippines, which has about 110 million population, has tested over 7 million people since the disease emerged in January last year.

Seven of the new infections were imported, a COVID-19 taskforce told a briefing. One additional coronavirus-related death was recorded, bringing total fatalities to 73 since the outbreak began last year.