India's friction with US rises over planned S-400 missile purchase 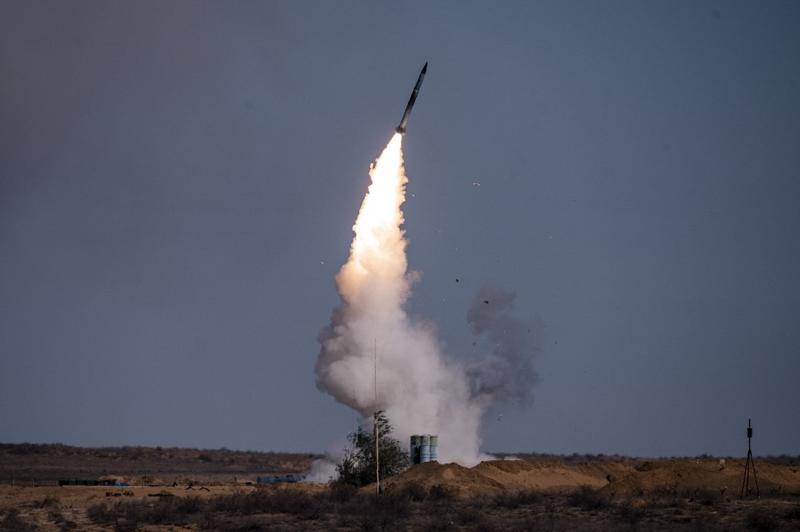 A rocket launches from an S-400 missile system at the Ashuluk military base in Southern Russia on Sept 22, 2020 during the "Caucasus-2020" military drills. (DIMITAR DILKOFF / AFP)

NEW DELHI - The United States has told India it is unlikely to get a waiver on its planned acquisition of Russian S-400 air defense systems, raising the risk of sanctions similar to those imposed on Turkey for buying that equipment, people aware of the matter said.

The Trump administration has been telling the Indians to drop the US$5.5 billion deal for five missile systems and avoid a diplomatic crisis, saying New Delhi did not have a wide waiver from a 2017 US law aimed at deterring countries from buying Russian military hardware.

India has always pursued an independent foreign policy. This also applies to our defense acquisitions and supplies which are guided by our national security interests.

That position is unlikely to change under the Biden administration that takes over next week and that has promised an even tougher US approach towards Russia, the people aware of the discussions told Reuters, speaking on condition of anonymity.

New Delhi has affirmed its right to choose its defense supplies, potentially setting up an early point of friction with the new US administration.

“India has always pursued an independent foreign policy. This also applies to our defense acquisitions and supplies which are guided by our national security interests.”

A US embassy spokesperson in Delhi said the United States was aware of reports of India’s planned purchase of the S-400s, but noted there had been no deliveries yet.

“We urge all of our allies and partners to forgo transactions with Russia that risk triggering sanctions under the CAATSA. CAATSA does not have any blanket or country-specific waiver provision.”

“We have not made any waiver determinations with respect to Indian transactions with Russia,” the spokesperson told Reuters.

There was no immediate comment from Russian officials. Moscow has previously said that the sanctions imposed on Turkey were illegitimate and showed arrogance toward international law.

India made an initial payment of US$800 million in 2019 toward the Russian deal and the first set of missile batteries are expected towards the end of this year.

Russia has traditionally been India’s main weapons supplier but in recent decades the Indian government has turned to the United States and Israel for new planes and drones.

US officials believe there is still time for Delhi to reconsider, and that the punitive measures would only kick in if the deal with the Russians was “consummated.”

Washington has told New Delhi that if India acquires the S-400 it would affect how its systems interact with US military equipment that India now has and would jeopardize future arms transfers such as high-end fighter planes and armed drones, according to the people aware of the matter.

“There is a narrow chance India can avoid sanctions, presuming the S-400 purchase is completed. At the moment, it’s a good bet that sanctions will be applied against India,” Richard Rossow, a specialist at the Center for Strategic and International Studies in Washington, said.

But the outcome could depend on how India-US defense cooperation progresses, he said, adding that India had been working with Washington on security in Asia more than ever before and this could be a mitigating factor.