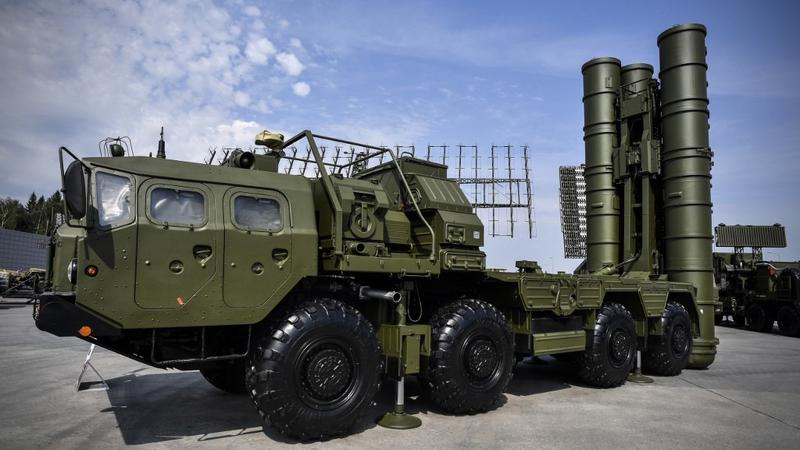 In this file photo, a Russian S-400 anti-aircraft missile launching system is displayed at the exposition field in Kubinka Patriot Park outside Moscow on Aug 22, 2017. (ALEXANDER NEMENOV / AFP)

ANKARA - Turkey has issued notices restricting air space and waters off its Black Sea coast to allow firing tests apparently on Friday involving its Russian-made S-400 missile defense units, a week after they were transported to the area.

Washington reacted last year by expelling Turkey from its F-35 jet program and has threatened sanctions. The lira has remained near all-time lows since videos in local press last week showed the S-400s being hauled north from near Ankara.

Turkey’s air space notice, or NOTAM, restricts an area near the coastal city of Sinop for a radar test and possibly live-fire for six hours on Oct. 16. It advised aircraft to avoid the area to a height of 200,000 feet (61,000 metres).

The S-400 surface-to-air defense system is one of the most advanced in the world with a medium to long-range radar that can spot and track incoming aircraft, directing a barrage of missiles at their targets to a range of 400 km (249 miles).

Turkey signed the S-400 deal with Russia in 2017. Deliveries of the first four missile batteries, worth US$2.5 billion, began in July last year. Ankara has carried out radar tests previously but the shooting test will be a first.

Last week - after videos of the S-400 videos emerged and reports of the planned tests circulated - two US senators called again for President Donald Trump’s administration to impose sanctions on Turkey.

READ MORE: Turkey begins testing missile radars at heart of row with US