Turkey begins testing missile radars at heart of row with US 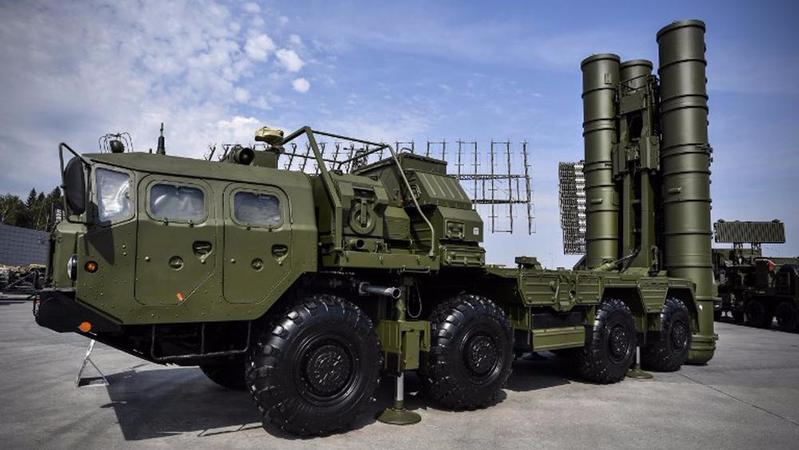 In this Aug 22, 2017 photo, Russian S-400 air defense missile system is displayed at the exposition field in Kubinka Patriot Park outside Moscow during the first day of the International Military-Technical Forum Army-2017. (ALEXANDER NEMENOV / AFP)

Turkey will test a component of its newly acquired Russian air defense system, a step that risks escalating a dispute with the US and touching off possible sanctions.

Military aircraft will be used in the capital Ankara on Monday and Tuesday during the testing of the S-400 system’s radar-detection equipment, a Turkish defense official said, asking not to be identified in line with his department’s restrictions.

The decision comes after President Recep Tayyip Erdogan said that he told US President Donald Trump during a meeting this month that Turkey wouldn’t give up on deployment of the systems, risking penalties championed in Congress.

“What does testing mean? It means they have turned on the thing,” said Cristian Maggio, the head of emerging-market research at TD Securities in London. “So sanctions become an even more concrete possibility. They have always been, but now they may seem possible and imminent.”

The two NATO allies have been sparring over the potential risks posed by the purchase to the Pentagon’s costliest weapons program, the F-35 fighter jet built by Lockheed Martin Corp.

Top Pentagon officials have repeatedly said Turkey will not be able to continue building components for the F-35 or buy the jet if it continues with its deployment of the S-400. The S-400 system was designed to shoot down US and allied aircraft at greater ranges and altitudes than older missiles. US officials are concerned that sensitive technology in its advanced F-35 fighter plane designed to evade such a system could be compromised and used to improve Russian technology if Turkey has both.

Trump said after his Nov 13 meeting with Erdogan that Turkey’s deal with Moscow presents “some very serious challenges” for the US, and directed Secretary of State Michael Pompeo to try to resolve the impasse.