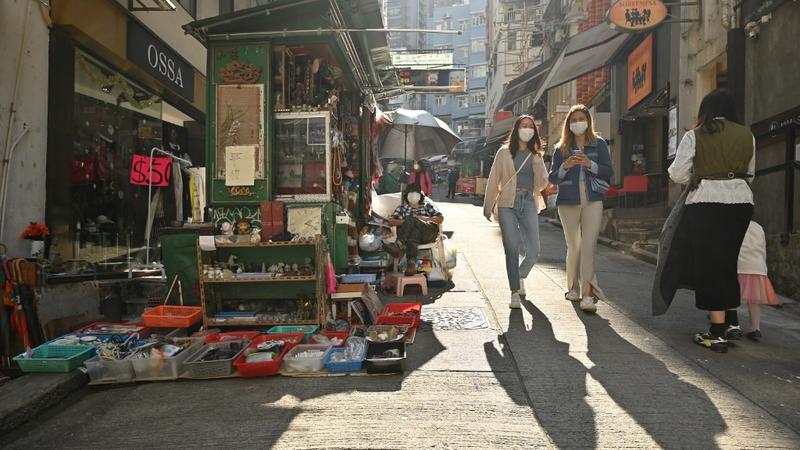 The new infections included 11 cases that were untraceable, Chuang Shuk-kwan, head of the Centre for Health Protection’s communicable disease branch, said at a briefing.

Two of the new patients belonged to a cluster at the central tunnel construction site of the Central Kowloon Route, Chuang said. The group now has 20 cases

There were also more than 20 preliminarily positive cases, she added.

Two of the new patients belonged to a cluster at the central tunnel construction site of the Central Kowloon Route, Chuang said. The group now has 20 cases.

Residents of Tin Ma Court Chun Wai House in Wong Tai Sin would also be subject to mandatory testing after four infections from two unlinked units were confirmed in the building, Chuang added.

As of Wednesday, the Hong Kong Special Administrative Region had nine temporary specimen collection centers, open from 10 am to 8 pm, in addition to 19 community testing centers across the city. They will also provide free services for people subject to mandatory testing.

An 81-year-old man became the city’s 161st coronavirus-related death on Wednesday morning. The patient, who had chronic diseases, was hospitalized on Dec 6 but his condition continued to deteriorate before he succumbed to the virus, according to a statement issued by the Hospital Authority.

Meanwhile, Secretary for Health and Food Sophia Chan Siu-chee said in a written reply to questions at the Legislative Council (LegCo) that HKSAR and Chinese mainland experts had agreed to establish a mechanism so that they could exchange views more closely on joint efforts to rein in the pandemic.

“The government will continue to formulate appropriate measures for fighting the epidemic in Hong Kong catering for the actual local situations, based on scientific justifications, taking into account the advice of local, mainland and global experts,” Chan said.

Chan also told the LegCo that the government is studying the feasibility of requiring shopping malls to close early, as proposed by some health experts.