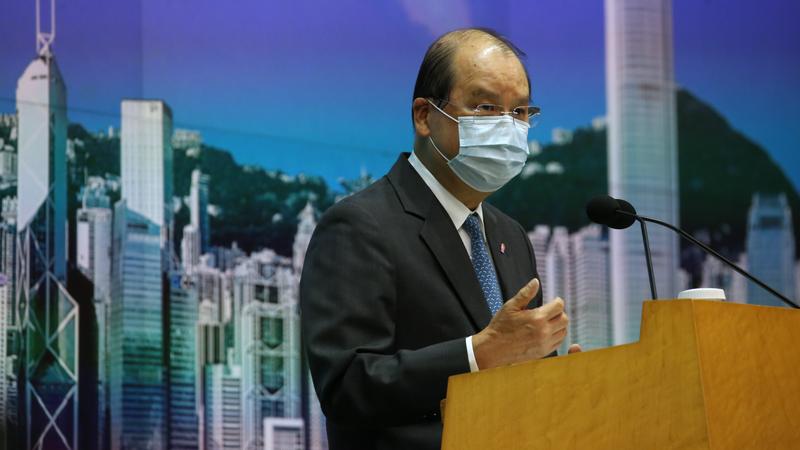 HONG KONG - Matthew Cheung Kin-chung, chief secretary for administration of the Hong Kong Special Administrative Region (HKSAR) government, said on Sunday that the number of COVID-19 cases might rebound after holidays even though there's been a decline in cases recently.

In his weekly blog article, Cheung said the HKSAR government is doing whatever it could to curb the pandemic and achieve "zero increase" in new cases as soon as possible.

He also said that the government is striving for the early supply of vaccines, and urged all Hong Kong residents to take the jabs actively.

In a media briefing on Sunday afternoon, Chuang Shuk-kwan, head of the Centre for Health Protection’s communicable disease branch, said the new cases included 40 local infections and one imported case, a student from the UK. The city's tally of confirmed cases stood at 8,964.

Chuang also said that they had monitored 10 cases of the new UK strain of the COVID-19 virus and two cases of the South African variant of the virus.The local infections included 16 untraceable cases and 24 cases linked to previous cases. There were also about 30 preliminarily positive cases, she added.

The construction site had been closed from Dec 9 to 27 due to a previous outbreak. The workers returned on Dec 28 but a supervisor developed symptoms on Dec 30.

Chuang said the new “mini-outbreak” was not related to the previous outbreak, which involved steel benders. She said the new outbreak involved workers responsible for scaffolding.

She said that the estimated 1,500 workers at the construction site would have to undergo mandatory testing.

According to the Hospital Authority, there were 733 confirmed patients being treated in 23 public hospitals and the AsiaWorld-Expo community treatment facility, including 49 patients in critical condition and 43 in serious condition.