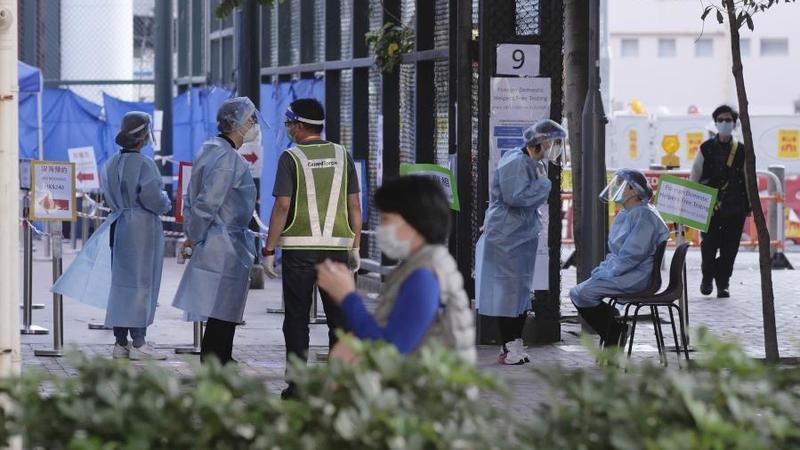 HONG KONG - A total of over 35,000 persons who were required to undergo compulsory testing for COVID-19 have availed of the tests provided by the government as of Saturday, the Home Affairs Department (HAD) said.

The HAD said in a statement that this figure accounts for nearly 60 percent of the estimated number of residents of 43 buildings covered by the compulsory testing notices. It added that some people may choose to undergo testing via other means as specified in the notices.

The HAD thanked the many residents who complied for their cooperation in the fight against the pandemic.

It appealed to members of the public who are covered by the compulsory testing notices to comply as soon as possible, adding that the government will take resolute follow-up action to ensure compliance.

Any person who fails to comply with the testing notice commits an offence and may be fined a fixed penalty of HK$5,000, the HAD said.

It said the person would also be issued a compulsory testing order requiring him or her to undergo testing within a specified time frame.

Failure to comply with the order is an offense and the offender would be liable to a fine of HK$25,000 and imprisonment for six months, the HAD added.