20 years of drawing people together

It’s an institution where students from every possible background, ethnicity and age bracket learn to make art like a pro. Rebecca Lo reports on Hong Kong Art School’s 20th anniversary. 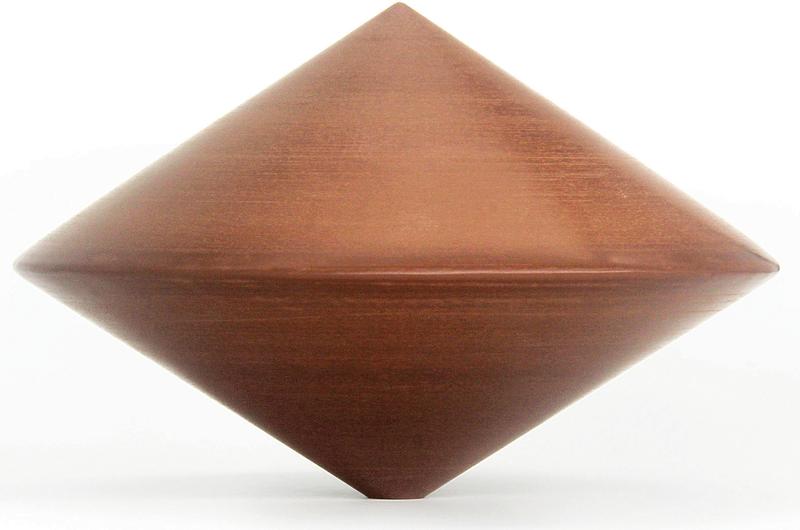 When Hong Kong architect Arthur Chan decided to pursue a master’s degree in fine art, he discovered that his choice for schools in the city was limited. As he managed offices in Beijing and Hong Kong, Chan sought a flexible program that offered a good balance of studio and theory sessions. Hong Kong Art School met his needs.

“I also looked at City University (of Hong Kong) and the University of Hong Kong,” recalls Chan. “CityU was too practical and HKU was too theoretical. I liked HKAS’s program since it accommodated my frequent trips to Beijing. Every month or so, we had an intense workshop. That suited my schedule more than full-time studies.”

He was undeterred by the higher tuition fee of HKAS — almost double compared to other schools he had considered. As the classes were small, he appreciated the personalized environment.

After completing his degree, Chan taught applied and installation arts at HKAS from 2008 to 2016.

“HKAS offers a hands-on, craftsmanship approach to art,” he notes. “The school suits non-academic students, offering a different route for creative people. I encountered students who could not communicate well verbally. But their painting and drawing skills were very good. HKAS supplements Hong Kong’s education system by helping those at the margins to find their path.” 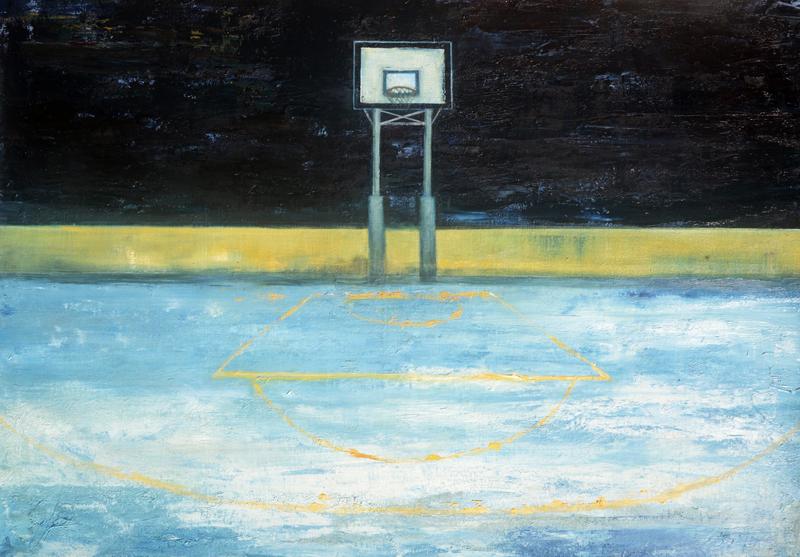 This year, HKAS turns 20. It is celebrating the anniversary with an exhibition of past students’ works at Hong Kong Arts Centre titled XX, curated by the school’s acting director Kurt Chan. On Dec 19, the school will host an afternoon of artist talks and critique sessions.

Much like its host city, HKAS has matured in the two decades since its establishment. Connie Lam Suk-yee, HKAC’s executive director, explains that since its inception in the late 1970s its board knew that it needed an educational element. In the late 1990s, HKAC entered an agreement with Melbourne’s RMIT University to offer Hong Kong’s first part-time fine art degree.

“At the time, many parents were against their children studying art,” Lam notes. “The existing schools accepted few mature students. Our program targeted mature students already with degrees. We offered short courses and diplomas, as well as bachelor and master’s degrees. Our first cohort had 60 students, mostly mature ones. Our campus was here at HKAC with sea views from every room.” 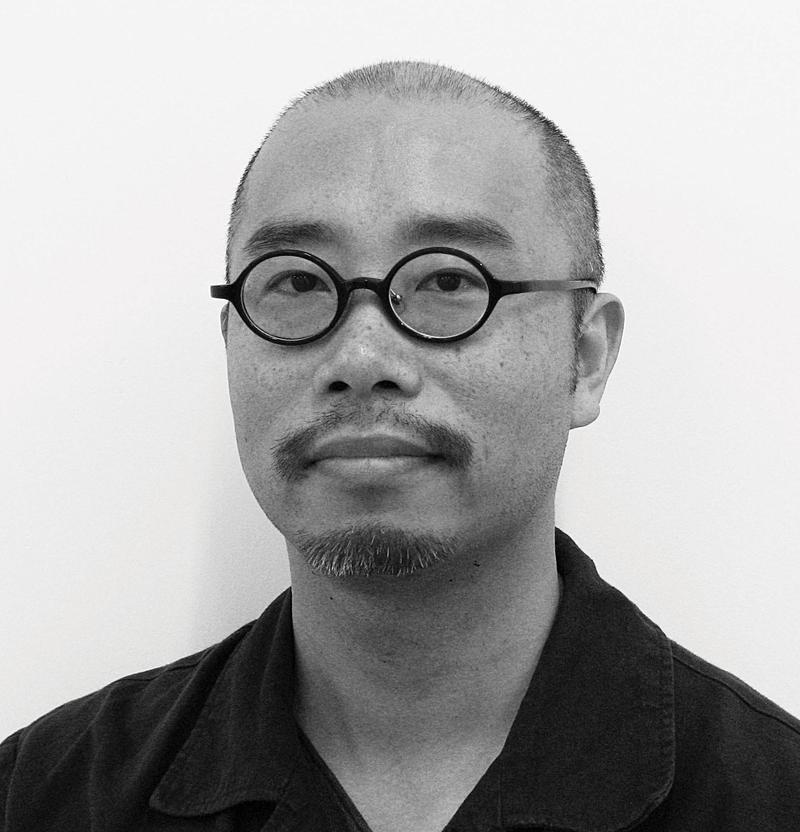 In those early years, everyone pitched in — Lam herself taught art history. Long time supporters of HKAC stepped up to help: Francis Yu was in charge of painting majors, Ho Siu-kee oversaw sculpture, Fiona Wong led ceramics and Tse Ming-chong taught photography. Although students had to declare a major from the outset, they had a lot of freedom to explore other disciplines.

The four disciplines continue to be HKAS’s main focus, though in the past it also offered media and design. After a few temporary homes, including a stint at Jockey Club Creative Arts Centre in Shek Kip Mei, the school is now in Chai Wan’s Youth Square with some classes still taught at HKAC. Studios are situated in Chai Wan and Shau Kei Wan for students to work on projects in dedicated spaces. 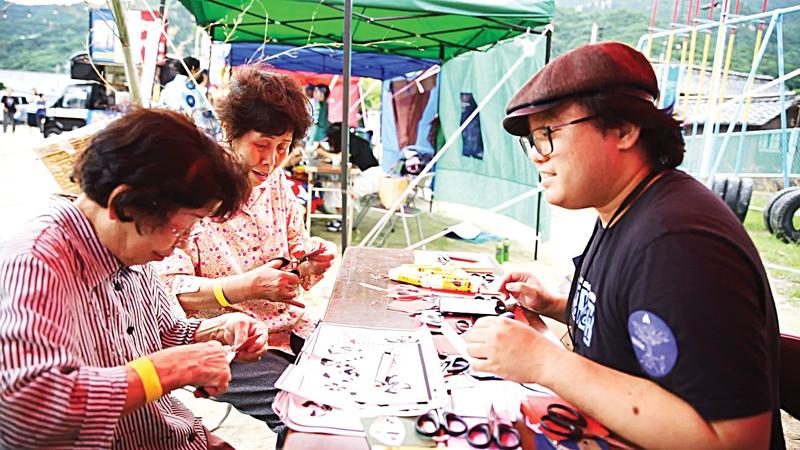 “A few of our mature students revealed that they learned how to talk to their children through the cross-generation interaction at the school,” Lam smiles. “Younger students have a completely different skill set: We see them help mature students with technology, for example. The unexpected cross-generational sharing is organic and wonderful.” 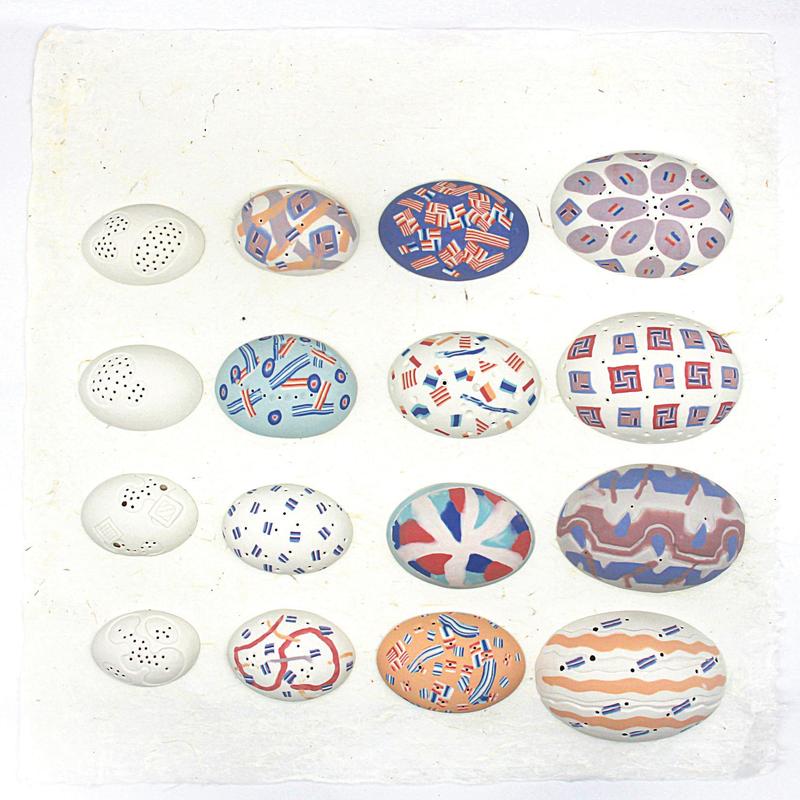 HKAC provides support to HKAS while inspiring the school’s direction. The two work hand in hand to build new audiences, as HKAC positions itself as a place that welcomes beginners to art. HKAS’s student body reflects HKAC’s “art for all” concept. Students from previous years include retirees, lawyers and models. The majority come from Hong Kong, while there are a few expats from Australia, Japan and Germany studying part-time while being employed full-time.

“What happens at HKAC influences our school,” states Chan. “As an art school in the heart of the city, we are very agile. Aside from our certificate programs, we offer short courses geared towards practicing artists who want to upgrade their skills. Previously, our curriculum was more crafts-oriented. Today, we give different professors leeway to introduce skills and theoretical knowledge.” 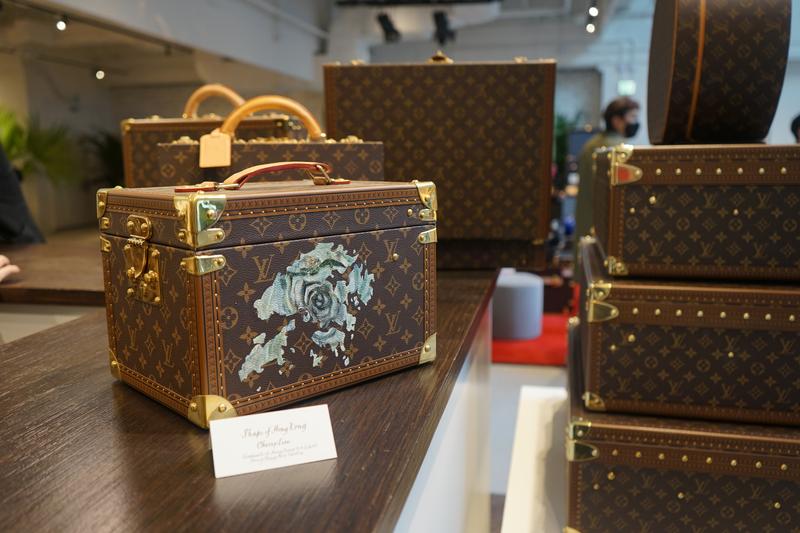 The synergy between HKAC and HKAS is reflected in the numerous collaborations between the two institutions. The design of HKAC’s tote bag, postcard and folder souvenir collaterals were commissioned to a former student. HKAC helps students secure internships and collaborations with the likes of Louis Vuitton. Designs by HKAS grads Wenda Yiu Tung-wing and Cherry Liu Tsz-yi were printed on LV trunks for an exhibition in fall 2020.

HKAC sent ceramic artist Karen Ma to study for a month at the Royal Academy of Arts in London in 2019. Its grads participate regularly in a number of art outreach activities: Lit Wing-hung and Chung Siu-fung taught cheongsam making and paper cutting techniques through Jockey Club ICH+ Innovative Heritage Education Programme in 2018-19. 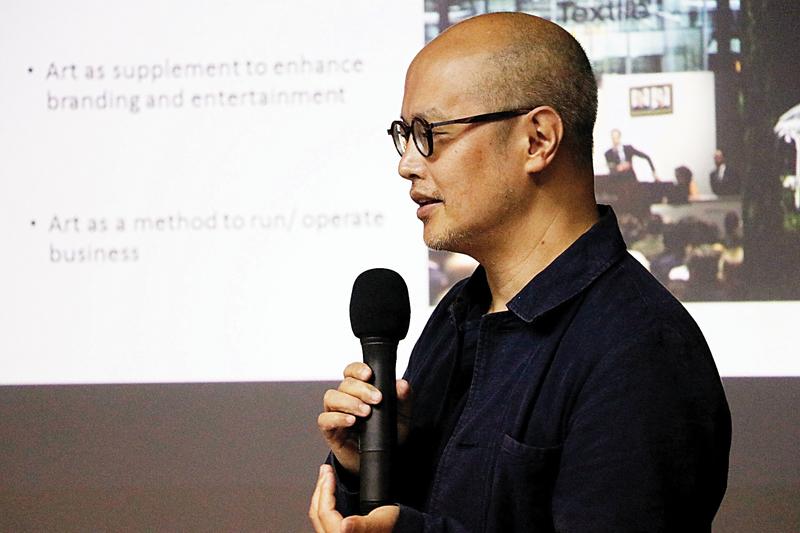 Hong Kong Art School’s acting director Kurt Chan Yuk-keung, who curated the anniversary exhibition, says the school will soon hold a forum to find out what the city expects of it. (PHOTO PROVIDED TO CHINA DAILY)

HKAS has produced graduates with unique Hong Kong visions. Since graduating in 2006, HKAS alumni Firenze Lai has shown at Para Site and Tai Kwun Contemporary. She participated in biennales in Shanghai and Venice. Meanwhile, fellow 2006 painting grad Lulu Ngie has made a name for herself through shows at Art Basel Hong Kong and in galleries in Los Angeles and Jakarta. 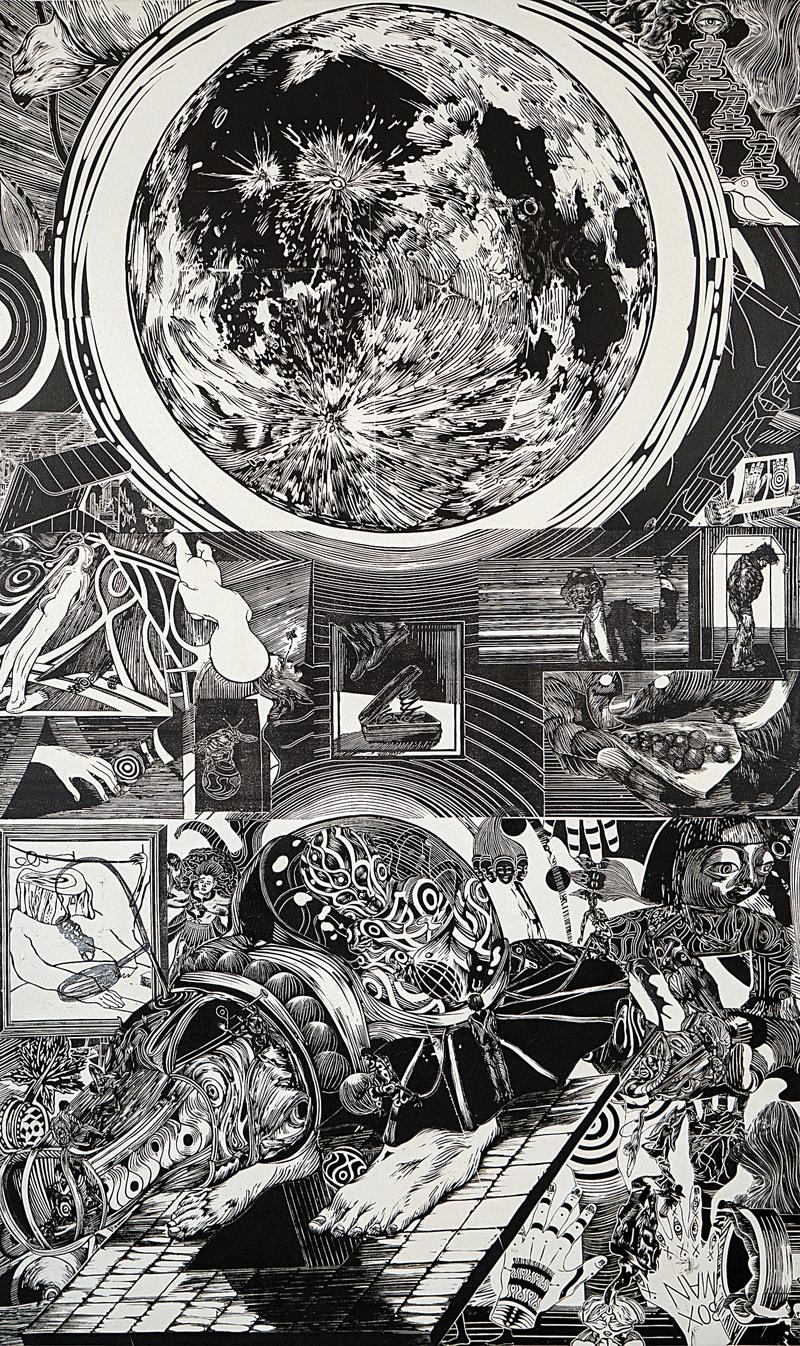 Works by fresh Hong Kong Art School graduate Li Ning have already made it to the art galleries. (PHOTO PROVIDED TO CHINA DAILY)

XX showcases the breadth and scope of HKAS’s different disciplines through the artists and works exhibited. “Some of the works are more traditional,” says Chan. “In our forum discussion on Dec 19, we hope to address what the city wants from an art school.”

He cites the different approaches adopted by former painting majors Li Ning and Carol Lee, two artists whose works make up part of XX. “Ning graduated last year and his work is already being shown at galleries,” Chan notes. “His graphics sense is very strong, and shows a complex weaving of imagery. Carol was one of our first grads and she uses sunlight to create her images and is very conceptual. Her works are painstakingly put together and have a subtle, quiet quality. Although both were painting majors, neither paints professionally.” 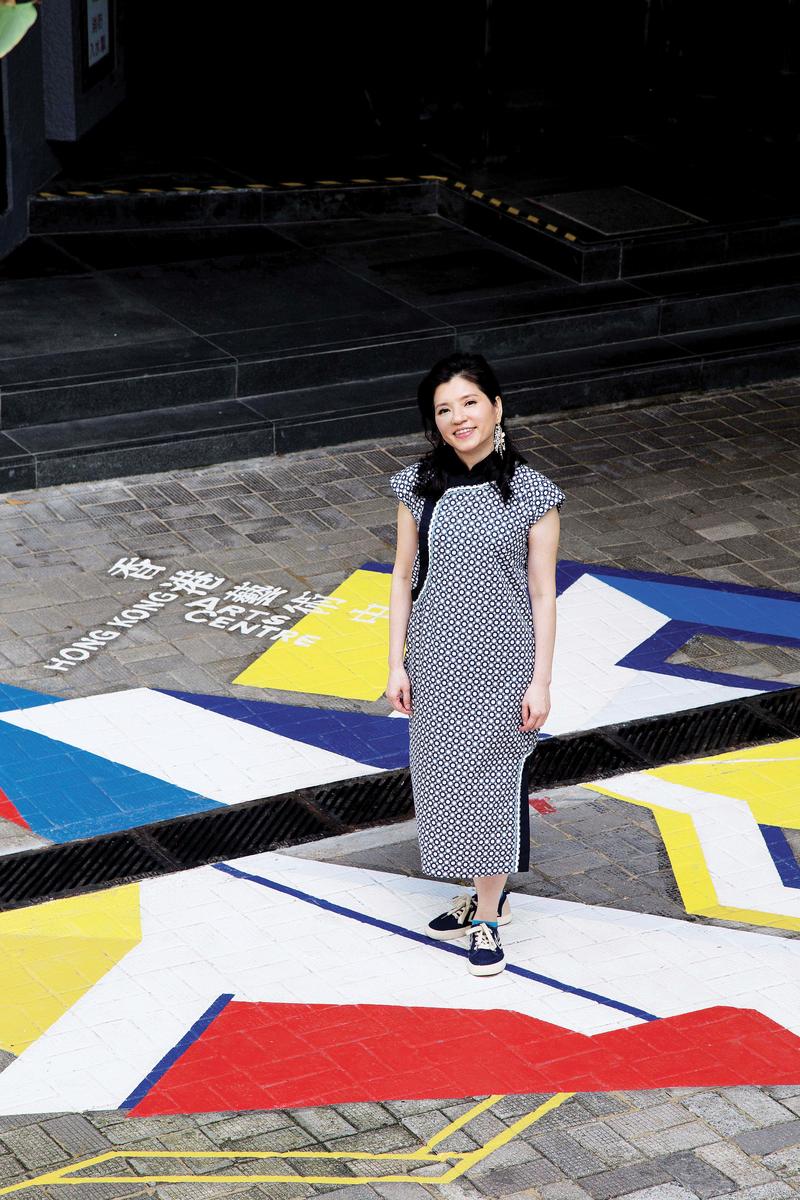 Lam hopes that the school will continue to meet the needs of Hong Kong while setting trends in terms of integrating art into society.

“The influence of Art Basel and other fairs has increased the public’s curiosity about art,” says Chan. “In the next decade I hope that HKAS can make art benefit society on the whole, not just influence niche circles. Art can empower the underprivileged and be integrated into businesses. We already see entrepreneurial endeavors among our students. We are getting there.”