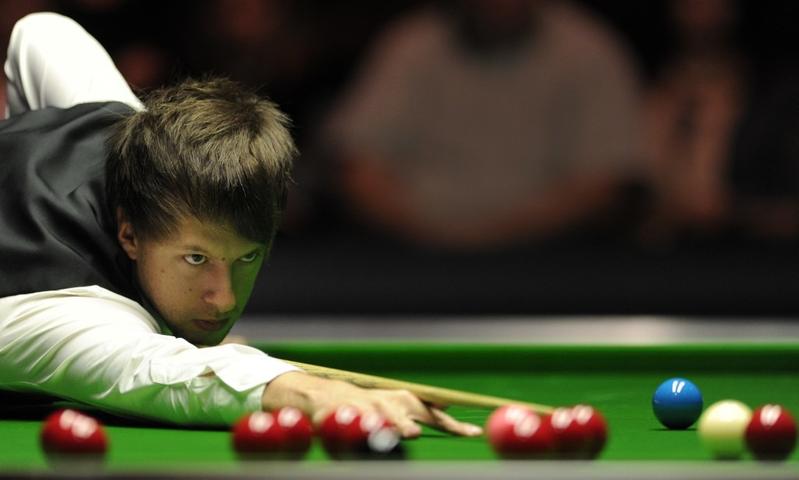 Judd Trump of England plays a shot against Neil Robertson of Australia during the semi-final match in the BGC Masters snooker tournament at Alexandra Palace in north London on Jan 21, 2012. Robertson went on to win the match 6-3. （CARL COURT / AFP）

LONDON - World No. 1 Judd Trump and world No. 3 Neil Robertson both defeated opponents from China on Saturday to reach the final at the UK Snooker Championship.

The 31-year-old Trump with 19 ranking event titles on hand was too strong for Lu Ning, who played in the semifinal of a ranking event only for the second time.

"Lu should have won the first frame tonight. After winning it, I felt in control," Trump told the World Snooker Tour website. "I made mistakes tonight and I'll need to cut those out in the final."

Trump's last rival in the tournament is Robertson, as the Australian ace knocked out Zhou Yuelong 6-2 in the other semifinal on Friday.

Sunday's final will be the duo's 22nd meeting with Trump winning 12 of the previous 21.