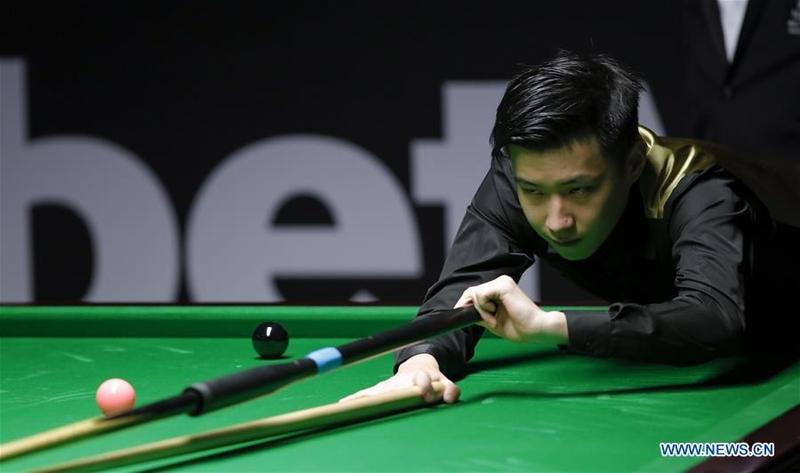 In this Nov 26, 2019 photo, Zhao Xintong of China competes during the Snooker UK Championship 2019 first round match with Alexander Ursenbacher of Switzerland in York, Britain. (HAN YAN / XINHUA)

LONDON - China's Zhao Xintong reached the third stage at the Snooker Championship League by securing two wins and one draw on Monday.

The 23-year-old Chinese player and, world number one, Judd Trump from England are the first players past the second stage as six more group winners will join them in the following three days.

Trump also won Group A with two victories and one draw. In his final match against Barry Hawkins, the 18-time ranking-title winner needed only 36 minutes to wrap it up 3-0.

The 32 players who topped the first-stage groups return to action this week with each winner of the eight groups advancing to the third stage on Friday.

Two more groups of four on Friday will produce the two finalists, who will lock horns in the final on Friday evening.