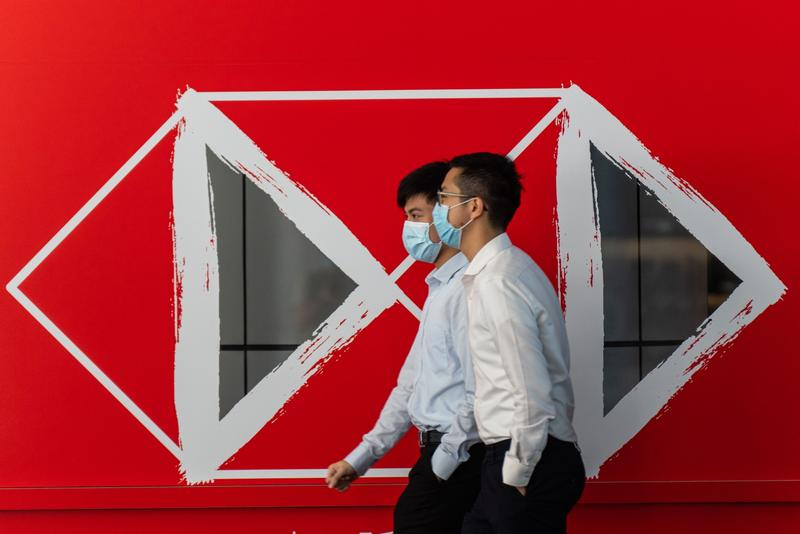 The shares rose 6.5 percent to HK$42.35 in the Hong Kong Special Administrative Region (HKSAR), making it the best performer in the benchmark Hang Seng Index. They have still declined 30 percent so far this year.

“This is mainly due to the change in market expectation, as HSBC’s operating conditions aren’t as bad as expected previously,” said Richard Cao, analyst at Guotai Junan International. “It’s valuation is also attractive so a catch-up rally is possible.”

Goldman Sachs Group Inc on Tuesday advised investors to buy the London-based lender, which beat analyst expectations in the third quarter and signaled it may resume limited dividend payments for this year. British regulators have signaled a willingness to soften their stance on payouts, people familiar have said.

The shares are up about 50 percent from a 25-year low at the end of September.

JPMorgan Chase & Co said in a note on Monday that Joe Biden’s victory in the US election eases “geopolitical tail risk” for the lender.

HSBC’s shares have also been rising since its biggest shareholder, the Chinese mainland’s Ping An Insurance Group Co, raised its stake in the lender.