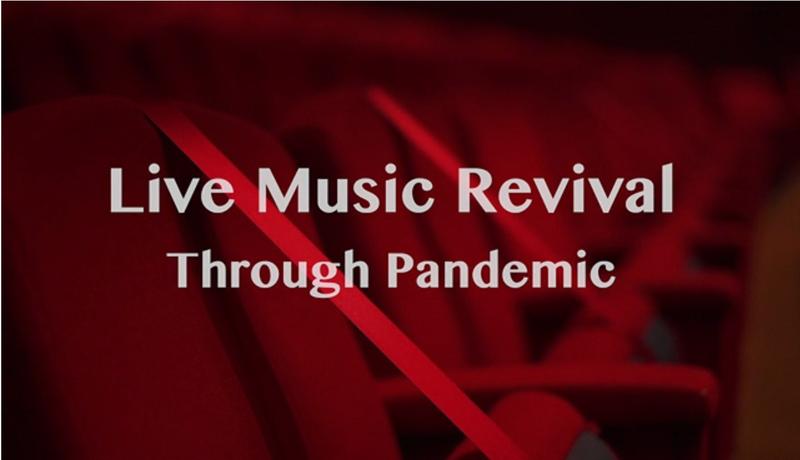 On October 21, violinist sensation Dan Zhu was the first international violinist to perform at City Hall since the reopening of cultural venues around Hong Kong after they were closed for almost an entire year due to the coronavirus pandemic.

Before I watched his concert that evening and interviewed the audience after the show, my colleague and I sat through Zhu’s rehearsal that afternoon to collect some b-roll footage. I got the chance to watch the man while he was meticulously perfecting his craft and coordinating with both of his fellow performers.

Dan Zhu has made a living performing live around the world, alongside an array of international musicians. He loves performing live, making that sacred connection between the audience and the artist

After the rehearsal, I sat down with Zhu for an interview, and he specifically told me how difficult it has been to practice and coordinate with other musicians online. The importance of hearing, and “feeling” the other musician in person cannot be substituted, he told me. That point was evidently clear even to me, a musical novice, when I watched the rehearsal.

Zhu has made a living performing live around the world, alongside an array of international musicians. He loves performing live, making that sacred connection between the audience and the artist. He lives for it.

So, it was of little surprise when he expressed to me how relieved he was to finally return to the stage, even though the concert hall was only partially full due to social distancing measures being enforced.

His demeanor in person truly reflected his style of performance – humility and composure – and for which the critics hail him.

ALSO READ: The show will go on

I gained the impression that he only looks ahead to the next performance, his glass half empty. He expressed to me his sadness for people going through the lockdown without the chance of enjoying the arts, particularly musical performances, as much as it’s been difficult for musicians themselves to adjust their work.

The concert later that evening was sublime. The hall was as packed as it could be with the social distancing measures. People from all walks of life came dressed up to enjoy the novelty of a night out for a concert. And they conveyed their appreciation to the performers – Dan Zhu received a double encore, and he respectfully gave his two fellow performers, both pianists, a chance to play an encore piece.

The final piece he played was one from his childhood, which he told the audience he had come across recently while combing through his collection of music during the lockdown. The piece was upbeat, playful and even hopeful – a fitting representation of my outlook on live music performances going forward.