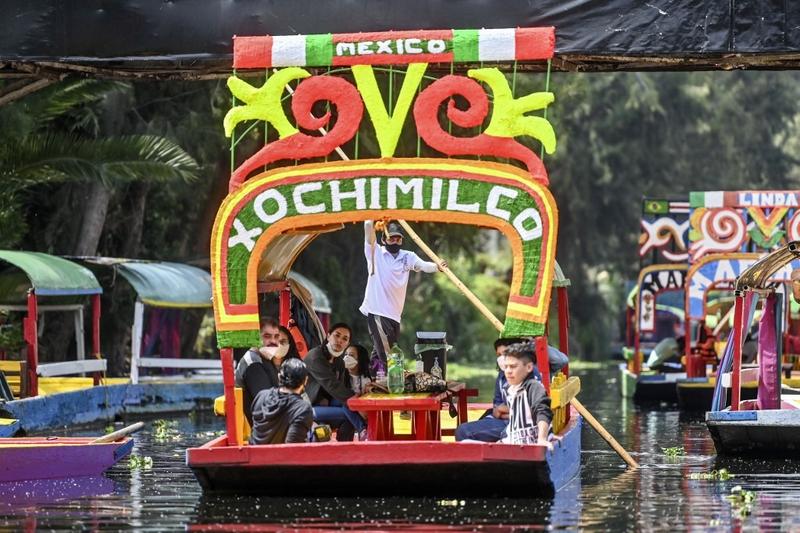 A family is seen on a "trajinera" at the Nativitas canal pier in Xochimilco, a network of canals and floating gardens that is one of Mexico City's top tourist attractions, after its reopening, on Aug 23, 2020. (PHOTO / AFP)

MEXICO CITY - Mexico’s famed masked wrestlers are trying to get their coronavirus-hit sport off the canvas by taking their colorful fights to a small island nestled in the heart of Mexico City’s popular Xochimilco canals.

With sporting events largely banned and the pandemic showing no signs of easing off, performers behind Mexico’s free-style wrestling, known as Lucha Libre, are seeking innovative ways to make a living out of their craft.

Lucha Libre is one of Mexico’s most popular sports and a tourist magnet, featuring masked fighters who capture the public’s imagination with their mysterious identities and eccentric performances.

Lucha Libre is one of Mexico’s most popular sports and a tourist magnet, featuring masked fighters who capture the public’s imagination with their mysterious identities and eccentric performances

ALSO READ: In a pandemic year, Mexico's Day of the Dead will be more subdued

A group of Lucha Libre fighters and promoters are planning to fuse two tourist crowd-pullers by holding fights on a small island in the network of waterways and man-made islands on the famed Lake Xochimilco.

After erecting a ring on the island, promoters plan to allow fans to watch the fights from boats if they pay a little extra for their ride, starting from next Friday,

“You will be able to enjoy real quality wrestling,” said Ciclope, a fighter and promoter of the concept. 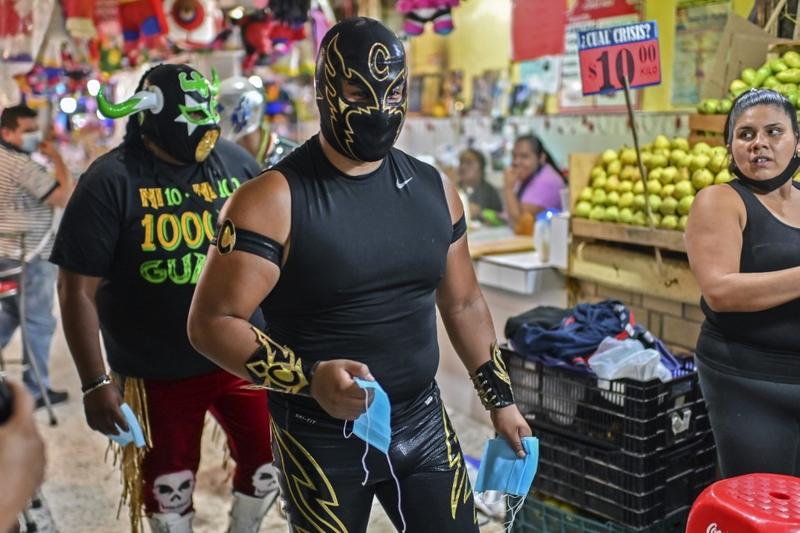 Mexican wrestlers distribute face masks as they campaign to promote their use, at a market in Xochimilco, Mexico City, on Aug 28, 2020. (PHOTO / AFP)

The small Xochimilco islands, known as chinampas, and their waterways feature on the Unesco World Heritage list. Visitors tour the area on boats, often accompanied by mariachi singers.

“Well, with the pandemic, one has to take the positive side out of the negative things,” added Ciclope.