Mexico's masked wrestlers thrown out of ring by coronavirus 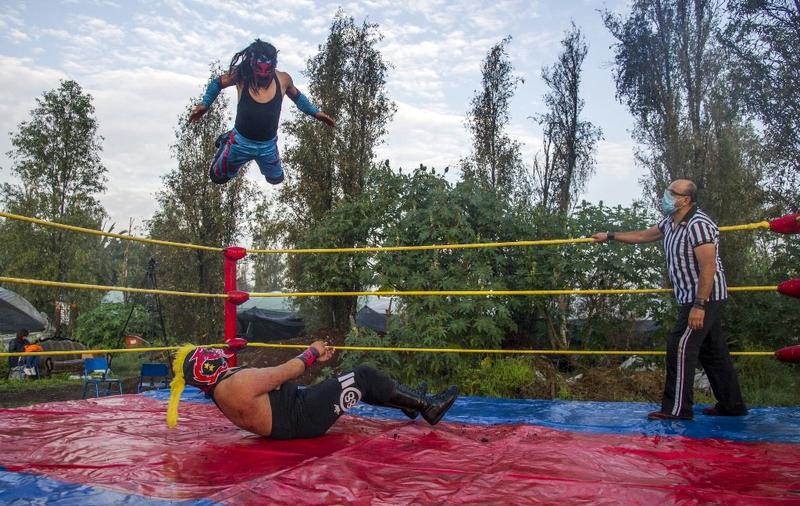 Wrestlers perform during the Chinampalucha event organized by Mexican wrestlers in the chinampas of Xochimilco in Mexico City, on Aug 1, 2020, as rings remain closed due to the COVID-19 coronavirus pandemic. (CLAUDIO CRUZ / AFP)

MEXICO CITY - Mexico’s legendary masked wrestlers have been economically body-slammed by the coronavirus pandemic, with some resorting to food parcels or even underground fights to survive a ban on sporting events.

Lucha Libre is one of Mexico’s most popular sports and a tourist magnet, featuring masked fighters who capture the public’s imagination with their mysterious identities and eccentric performances

Several months into the pandemic, the arenas that would usually draw thousands of rowdy spectators watching the country’s free-style wrestling, known as Lucha Libre, have remained closed.

Lucha Libre is one of Mexico’s most popular sports and a tourist magnet, featuring masked fighters who capture the public’s imagination with their mysterious identities and eccentric performances.

The sport employs between 5,000 and 7,000 wrestlers, most of whom do not have health insurance or a pension plan, according to associations that represent them.

Other sports like soccer resumed last month without live audiences. But Lucha Libre generates most of its income from box office sales.

“It’s hit us because all arenas, gyms and rings, everything has closed,” said 59-year-old veteran fighter ‘Octagon,’ dressed in his trademark black kimono and mask.

“If we don’t fight, we don’t earn,” he said. “We thought this was going to last three or four weeks, and we’ve been here for almost four months.” 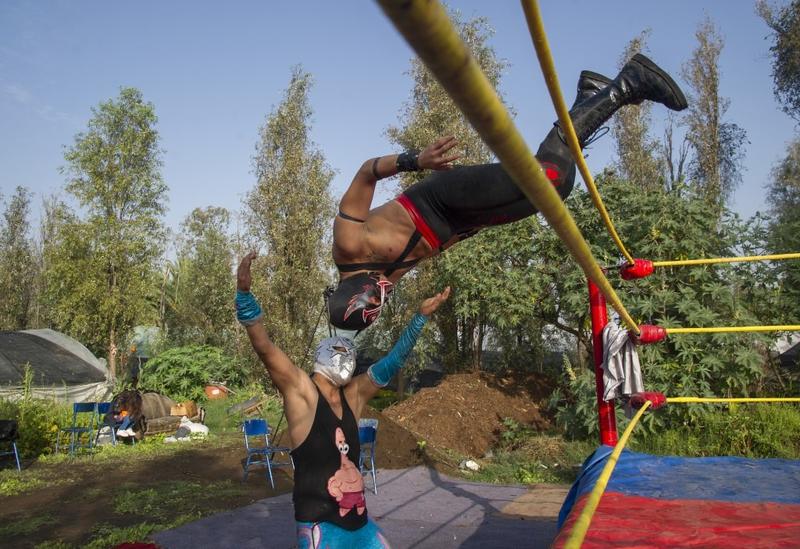 Wrestlers perform during the Chinampalucha event organized by Mexican wrestlers in the chinampas of Xochimilco in Mexico City, on Aug 1, 2020, as rings remain closed due to the COVID-19 coronavirus pandemic. (CLAUDIO CRUZ / AFP)

In June, Octagon, who founded and heads the National Association of Independent Professional Wrestlers, launched a ‘Shot of Aid’ campaign. Using proceeds from the auction of wrestlers’ masks, attire and other items, the program provides out-of-work wrestlers and boxers with food packed with provisions.

Sandra Gonzalez, a 50-year-old wrestler otherwise known as ‘Lady Apache,’ said such handouts were not enough.

More than a dozen wrestlers told Reuters they were seeing their savings dwindle.

“Fortunately I had savings, but not any longer,” said wrestler ‘Super Elektra,’ who also works as a dental technician but has been unable to return to either of his jobs.

World Wrestling Council and Lucha Libre AAA Worldwide, which promote and run the sport, have said professionals will continue to be paid. The wrestlers that Reuters spoke to said such payments did not reach everybody.

Lucha Libre AAA Worldwide plans to launch a format that would allow spectators to watch from their cars, akin to a drive-in movie theater.

For now, despair has led some wrestlers to organize matches without a live audience that are broadcast over the internet for a donation of 30 pesos (US$1.30) per viewer.

Not all wrestlers are in favor, saying protocols to prevent the spread of the coronavirus are not being followed.

At least 30 Mexican wrestlers lost their lives to COVID-19 in May and June, according to the Boxing and Wrestling Commission.

“I don’t agree with those underground fights,” said El Fantasma. “I don’t think they have adequate measures put in place.”