New Zealand Prime Minister and leader of the Labour Party, Jacinda Ardern, is filmed during a press conference in Christchurch, New Zealand, Oct 14, 2020. New Zealanders go to the polls in a general election on Oct 17, 2020. ( MARK BAKER / AP)

WELLINGTON - New Zealand’s Jacinda Ardern on Friday urged voters to deliver her a strong mandate at this weekend’s general election, promising to provide a swifter recovery from the coronavirus pandemic.

If Jacinda Ardern’s Labour Party wins the general election outright, it will be the first party to govern alone since New Zealand switched to the mixed member proportional (MMP) voting system in 1996

Ardern, 40, has campaigned on her record of eliminating COVID-19 in New Zealand but recent polls, including the last before Saturday’s vote, have suggested her Labour Party may need support from the minor Greens Party to form government.

“If you want pace and speed, give us a strong mandate,” Ardern said in an interview on Radio New Zealand.

If Labour wins outright, it will be the first party to govern alone since New Zealand switched to the MMP system in 1996.

A coalition of Labour and the Greens would be the first left-leaning government in more than a decade, a scenario that conservative National Party leader Judith Collins has warned would mean more taxes and a business-unfriendly environment.

Collins, 61, argues that she is best placed tackle the post-pandemic financial challenges. 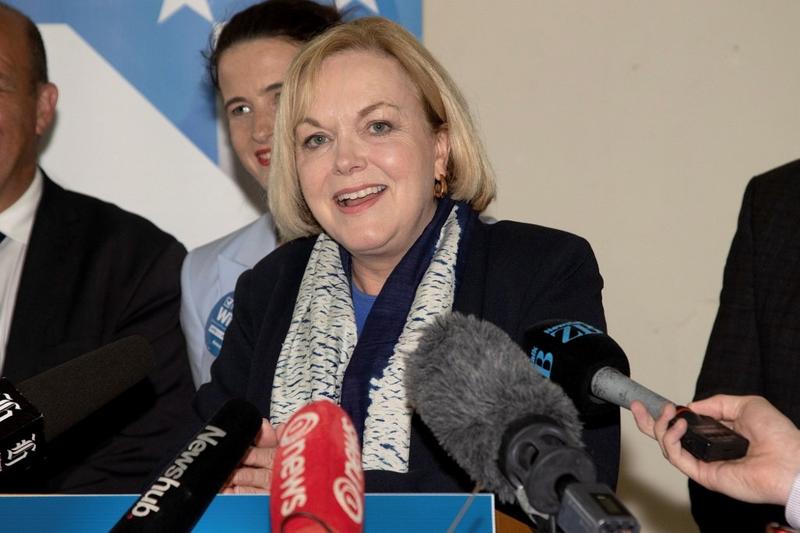 Both leaders organized walkabouts across the country on Friday to woo undecided voters.

While life is back to normal within New Zealand, the country’s borders are still shut, its key tourism sector is bleeding, and economists are predicting a lasting recession.

Ardern has been fighting off criticisms that her government has failed on a promise to be transformational, despite a glowing global profile and popularity at home for her empathetic leadership during crisis.

“If we genuinely want to make sure what we are doing on child poverty and on climate change isn’t just a three year burst, I have to make sure it’s sustained,” Arden said. “It took decades to create, I need more than three years to fix it.”

Ardern raised the stakes in her final televised debate with Collins on Thursday, vowing to quit politics if she loses the election. Collins said she is hoping to win over the around 14 percent undecided voters.

READ MORE: NZ's Ardern says will step down as party boss if she loses election

About 1.5 million of 3.5 million registered voters have already cast their ballot. Polling closes at 7:00 pm New Zealand time on Saturday, with a provisional result likely the same night.