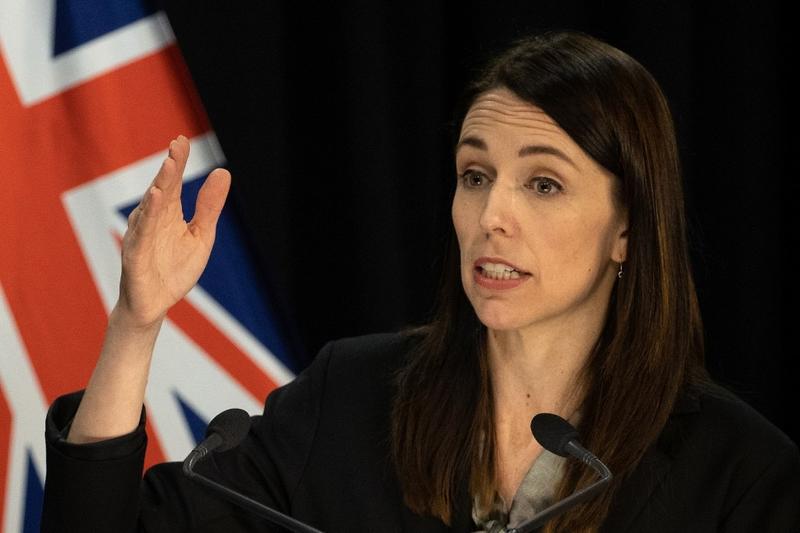 New Zealand's Prime Minister Jacinda Ardern speaks to the media regarding the latest case of COVID-19 coronavirus infections, breaking a 102-day run of no local transmissions, at the parliament in Auckland on Aug 12, 2020. (MARTY MELVILLE / AFP)

WELLINGTON - New Zealand’s upcoming general election has the rare distinction of providing a choice of two female candidates as the country’s next leader in a poll that could be decided by the female vote.

Yet there is growing criticism that neither incumbent Jacinda Ardern nor challenger Judith Collins have policies to address the fact that women - who make up half the 5 million population - have been disproportionately negatively affected by the coronavirus pandemic.

“There has been a frightening silence, to be honest,” said Lisa Lawrence, President for the National Council of Women.

The data crystallized a global trend of “shecession”, with sectors worst hit by the pandemic, such as hospitality and tourism, dominated by women

Some analysts believe the oversight could cost Ardern, who polls show is on track to win the election, a chance to become the country’s first leader to govern outright since electoral reform in the 1990s, rather than as part of a coalition.

Alarm bells pealed in August when official data showed about 90 percent of people who left their jobs in the April to June quarter, at the peak of the country’s coronavirus lockdown, were women. While the unemployment rate for men fell 3.6 percent that quarter, the women’s measure surged 4.4 percent.

The data crystallized a global trend of “shecession”, with sectors worst hit by the pandemic, such as hospitality and tourism, dominated by women.

In response, both Ardern’s Labour Party and Collins’ conservative National Party have put the male-dominated infrastructure industry at the heart of their coronavirus recovery plans, promising more construction and jobs.Ardern referred to “double duty” in a recent leaders’ debate, saying a building boom would both employ skilled workers and create new training programs - encouraging women to join the sector.

“These are high-skilled, high-wage jobs that have good prospects attached to them,” she said. “Why shouldn’t our women take them up?”

Yet with women representing fewer than 3 percent of the construction industry workforce, and few commitments for teaching, healthcare and care-giving professions, where women form majority of the workforce, critics say it is far from enough.

While Ardern is widely expected to win the Oct 17 election, recent polls have indicated a shift away from both Labour and the Nationals to the minor parties, including the Greens

“All of the economic responses and stimulus packages seem to be about ‘shovel ready’ projects, and even this wording gives a connotation of male dominated industries, if we are going by gender stereotypes,” said Lawrence.

“Now we need to make sure that the huge investments in retraining and trades-training is accessible to women and is meeting the needs of women who may have lost their job due to hospitality and tourism being affected by COVID-19,” Genter said.National said its policies included working with the private sector to promote women to senior management positions, providing a one-off payment to pregnant women to provide post-natal support, and investing in retraining programmes to get women get back into the workforce.

While Ardern is widely expected to win the Oct 17 election, recent polls have indicated a shift away from both Labour and the Nationals to the minor parties, including the Greens.

Under New Zealand’s mixed-member proportional electoral system, that result would force Ardern to lean on the Greens to form government, with the junior party then taking up the deputy leadership and other key cabinet positions.

More than a century after New Zealand women became the first in the world to win the vote, they continue to exercise the right more than men, making their support critical.