NZ has no new COVID-19 case for 16 consecutive days 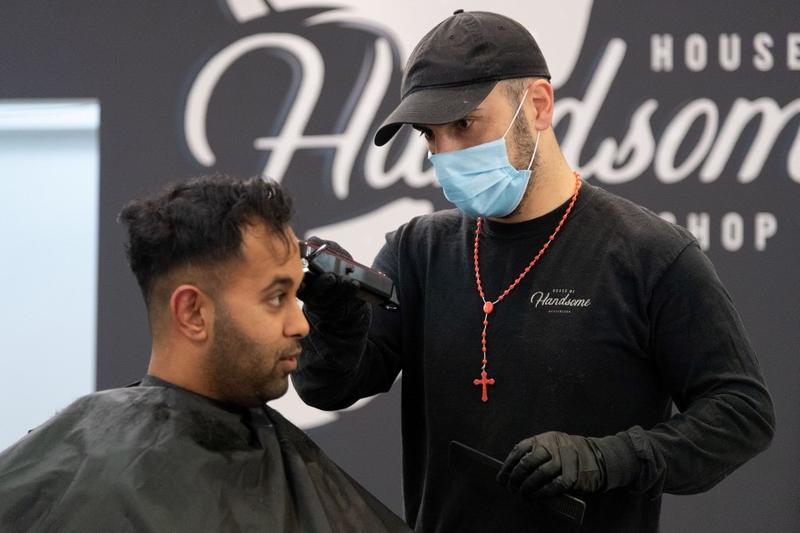 ALMATY / SEOUL / ADEN / AMMAN / WELLINGTON — New Zealand reported no new case of COVID-19 for 16 consecutive days, said a statement of the Ministry of Health on Sunday.

The combined number of confirmed and probable cases stays at 1,504, of which 1,154 are confirmed, it said.

New Zealand currently has 1,481 people reported as having recovered from COVID-19, unchanged from Saturday. There is only one case remaining active in the country.

There is no one receiving hospital-level care for COVID-19. The death toll remained at 22 in the country.

Kazakh President Kassym-Jomart Tokayev’s spokesman has been hospitalized after testing positive for COVID-19, he wrote on his Facebook page on Saturday, adding that the president’s health was not at risk.

The spokesman, Berik Uali, wrote that Tokayev, 67, gets tested regularly and that additional safety measures have been taken at the presidential headquarters.

“President Tokayev continues his work as scheduled, his health is under no threat,” Uali said.

The Central Asian nation has confirmed 12,511 cases of COVID-19 with 53 deaths. It emerged from a two-month lockdown last month, while keeping in place social distancing rules and closed borders.

South Korea reported 57 more cases of the COVID-19 compared to 24 hours ago as of 0:00 am Sunday local time, raising the total number of infections to 11,776.

The daily caseload hovered above 50 for the second straight day due to small cluster infections relevant to religious gatherings, night spots, a distribution center and a health product retailer in the metropolitan area.

Of the new cases, four were imported from overseas, lifting the combined figure to 1,292.

No more death was confirmed, leaving the death toll at 273. The total fatality rate stood at 2.32 percent.

The total number of COVID-19 cases in Yemen's government-controlled provinces increased to 482 on Saturday, as 13 new cases were confirmed.

The Yemeni Health Ministry said in a brief statement that during the past 24 hours, 13 cases of COVID-19 were detected in the country's southwestern province of Taiz that's controlled by the internationally-recognized government.

The ministry said that the number of recoveries in the government-controlled areas increased to 23 since the outbreak of the novel coronavirus on April 10.

Also, the government announced that the death toll from the deadly respiratory disease climbed to 111 in different areas under its control, including the southern port city of Aden.

Jordan on Saturday recorded 11 new cases of COVID-19, bringing the total number of coronavirus cases to 795.

Meanwhile, the country eased the lockdown it imposed on several sectors, but the government warned that if more than 10 cases are registered for seven days in a row, the curfew will be imposed again.

The ministry called on the public to abide by the required preventive measures by maintaining physical distancing and wearing face masks to avoid any setbacks.

The Israeli Ministry of Health reported 190 new cases of coronavirus on Saturday, bringing the total to 17,752.

Meanwhile, the Hebrew-language news website Ynet reported that the resumption of train services in Israel may be delayed again due to the recent increase in morbidity.

"We do not know exactly when the end will come (for the novel coronavirus pandemic); the guidelines should be observed for a long period," Rouhani told a meeting of the National Headquarters for Managing and Fighting the Coronavirus in Tehran on Saturday.

He said that the country has no choice but to reopen business and economy and simultaneously respond to the pandemic through adherence to health instructions. People should respect social distancing rules, use masks at gatherings and avoid wedding ceremonies or funeral processions, he noted.

Rouhani assured that Iran produces the health provisions inside the country and has no shortages in this regard.

He also said that the government's support packages for the economy will be available as long as the coronavirus exists.

On Saturday, Iran reported a total of 169,425 confirmed novel coronavirus cases of whom 8,209 have died.

Eighty percent of the total COVID-19 cases in Turkey have recovered and the majority of the patients stayed at home without any symptoms, the Turkish Health Minister Fahrettin Koca said on Saturday.

"80 percent of total cases have recovered. Our newly recovered patients are nearly 2,000. The majority of patients that were diagnosed positively experience the disease without any symptoms and are at home," he tweeted.

The Iraqi authorities on Saturday decided to extend the current curfew to another week after the total number of COVID-19 cases in the country jumped to more than 11,000.

The decision was made after a meeting by the Higher Committee for Health and National Safety headed by Prime Minister Mustafa al-Kadhimi.

The committee took several measures including continuation of the current full curfew until June 13, and then replacing it with a partial curfew on June 14 from 6:00 pm local time (1500 GMT) to 5:00 am (0200 GMT), al-Kadhimi's media office said in a statement.

The United Arab Emirates (UAE) on Saturday announced 626 new COVID-19 cases, bringing the total confirmed cases in the country to 38,268.

UAE's Ministry of Health and Prevention said in a statement the new cases of many nationalities are all in a stable condition and receiving medical treatment.

The ministry added that 724 more patients have made full recovery from the virus, taking the tally of the UAE's recoveries to 21,061.

It also confirmed one more death, pushing the country's death toll to 275.

The Omani Ministry of Health announced on Saturday 930 new confirmed cases of COVID-19, bringing the total number of cases in the country to 16,016.

According to a statement issued by the ministry, all new cases, including 239 Omanis, are related to community contact.

The statement also said the total recovered cases of COVID-19 reached 3,451 and the death toll reached 72.

The ministry called on people to observe the procedures for quarantine, avoid public places or places of worship, and ensure public hygiene.

Singapore's Ministry of Health (MOH) reported 344 new COVID-19 cases on Saturday, bringing the total confirmed cases in the country to 37,527.

Of the new cases, 98 percent are linked to known clusters, while the rest are pending contact tracing.

"A total of 1,427 tests were conducted within the past 24 hours, out of which 791 tests were confirmed to be COVID-19 positive," the ministry said in a statement.

Thirty COVID patients died during the period, taking the number of fatalities to 357 since the outbreak of the pandemic in Afghanistan.

India took the fifth spot on tally of the worst-hit countries due to the COVID-19 pandemic on Sunday.

Sunday's figures are so far the highest spike in terms of fresh cases in the country.

According to the ranking, India has surpassed Spain and took the fifth spot on the tally of countries worst-hit by COVID-19.

The recovery rate in India stands at 48.36 percent.

The death toll of COVID-19 has risen to 2,002 with 98,943 confirmed cases in Pakistan, according to data updated by the country's health ministry Sunday morning.

Overall, 63,476 patients are under treatment in different hospitals while 33,465 people have recovered completely, which is 33.8 percent of the total confirmed cases.

A total of 193 COVID-19 cases has so far been reported in Mongolia with no case recorded over the last 24 hours, the National Center for Communicable Diseases (NCCD) said on Sunday.

The NCCD conducted 217 COVID-19 tests at three laboratories across the country on Saturday, and the results were all negative, Dulmaa Nyamkhuu, the NCCD's head, said at a daily press conference.

Thailand on Sunday reported eight new coronavirus cases and no new deaths, taking its total to 3,112 infeThailand ctions and 58 deaths since the outbreak began in January.

The new cases had returned from overseas - five from the United Arab Emirates, two from Kuwait and one from India - and were in quarantine, where most of Thailand’s recent cases have been detected, said Panprapa Yongtrakul, an assistant spokeswoman for the government’s COVID-19 Administration Centre.

Thailand has recorded no new local virus transmissions for 13 days in a row, she said.

The Philippines on Sunday reported nine more fatalities related to the novel coronavirus, taking its death toll to 1,003.

The Southeast Asian country also recorded 555 more infections, bringing its total number of confirmed cases to 21,895, the Department of Health said in a bulletin.

Malaysia on Sunday said it would reopen nearly all economic activity and allow interstate travel starting June 10, lifting coronavirus restrictions imposed nearly three months ago as it moves to revive an economy battered by the pandemic.

Prime Minister Muhyiddin Yassin announced in a televised address the novel coranvirus outbreak was “successfully” under control and Malaysia would begin a new recovery phase until Aug. 31.

“I am aware the government cannot control your lives forever to control the virus,” Yassin said.

The government will ease restrictions on social, education and religious activities in phases with health guidelines in place, and businesses will be allowed to return to normal operating hours.

Yassin encouraged domestic holidays as travel between states will be allowed, but said international borders will remain closed.

The health ministry also reported no new deaths, with total fatalities remaining at 117.

Bangladesh recorded 42 new COVID-19 fatalities Sunday, the highest increase in a single day since the pandemic began in the country on March 8.

Nasima Sultana, a senior health ministry official, told an online media briefing in Dhaka, "42 COVID-19 deaths were confirmed in a 24-hour period, bringing the total number of fatalities in the country since March 18 to 888."

According to the official, the number of confirmed COVID-19 cases increased to 65,769 with the daily rise of 2,743 new cases reported in the last 24 hours.

According to the official, 13,136 samples were tested in the last 24 hours in labs across Bangladesh.

Kyrgyzstan's COVID-19 cases reached 2,007 on Sunday, after 33 new cases were registered in the past day.

Among the newly confirmed cases, one was imported, 26 are contacts of confirmed cases who were already under medical observation and six are of unknown origin, the country's Deputy Health Minister Nurbolot Usenbaev said at a news briefing on Sunday.

Sri Lanka will provide international visitors with the highest standards of safety when its airports re-open for tourists from Aug 1 following the containment of COVID-19, Sri Lanka's tourism ministry said on Sunday.

However the issuance of visas will be only online and must be applied for prior to travel, the ministry said in a statement.