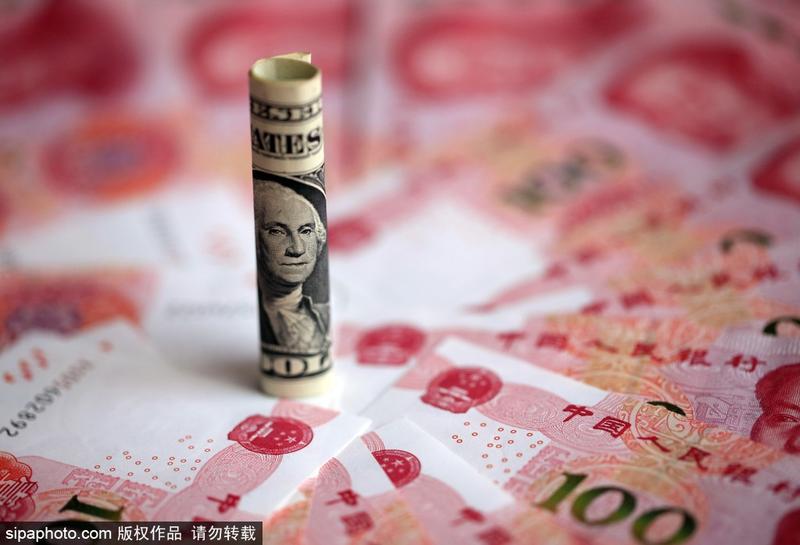 The appreciation of the renminbi will further bolster the Chinese currency's internationalization and enable market forces to have a greater say in determining exchange rates and fend off wild swings, monetary authorities said on Thursday.

The renminbi has strengthened by 3.3 percent against the US dollar so far since the end of last year, based on the spot exchange rate at the close on Monday as a reference, when it peaked to 6.754 yuan per dollar in onshore trading

The renminbi has strengthened by 3.3 percent against the US dollar so far since the end of last year, based on the spot exchange rate at the close on Monday as a reference, when it peaked to 6.754 yuan per dollar in onshore trading.

However, an official of the People's Bank of China, the central bank, termed it a "moderate" yuan appreciation, when compared with other major international currencies such as the euro.

"It is normal for the yuan to appreciate, driven by market-oriented forces, or the demand-support relationship in the market," said Sun Guofeng, head of the monetary policy department of the PBOC, during a news conference on Wednesday.

According to Sun, market forces are a dominant factor in China's managed floating exchange rate regime.

Sun attributed the currency appreciation to the positive vibes about economic growth, a natural corollary of the robust market performance. However, measures are needed to curb speculative investment that may increase the leverage levels and cause currency fluctuations, he said.

"From an exchange rate perspective, in general, if the fluctuation is beneficial to one economy, at the same time, it is harmful to others. So the exchange rate should be determined by the market's supply-and-demand equilibrium, and act as an automatic stabilizer of the macroeconomy and the balance-of-payments situation," said Sun.

China has been able to contain the COVID-19 pandemic more swiftly than most countries. As a result, the nation's economy has been seeing a "V-shaped" recovery with exports showing strong growth in September, in line with the soaring current account surplus. These optimistic signals are reflected in the recent renminbi appreciation, experts said.

Stephen Chiu, a foreign exchange and rates strategist with Bloomberg Intelligence, said he believes that value investors, who believe the yuan may touch 6.6 per dollar, could utilize the window in the fourth quarter, as the rally seen since June may reverse temporarily.

"The yuan may test 6.8 per dollar thanks to the new foreign exchange forward policy and if history is repeated, it may lead to a possible broad dollar rebound by the end of the year," said Chiu.

Given the quick currency strengthening, since Monday, the PBOC removed its setting of an emergency fund introduced in 2015 to contain speculative selling of the renminbi via foreign exchange forward contracts. The reserve requirement, which was raised to 20 percent of the contracted volume in August 2018, has been scrapped at present.

The move indicates that monetary authorities might have wanted to slow the currency's rise, which obviously worked after the new policy took effect, experts said. It drove down the yuan by nearly 0.9 percent on Monday.