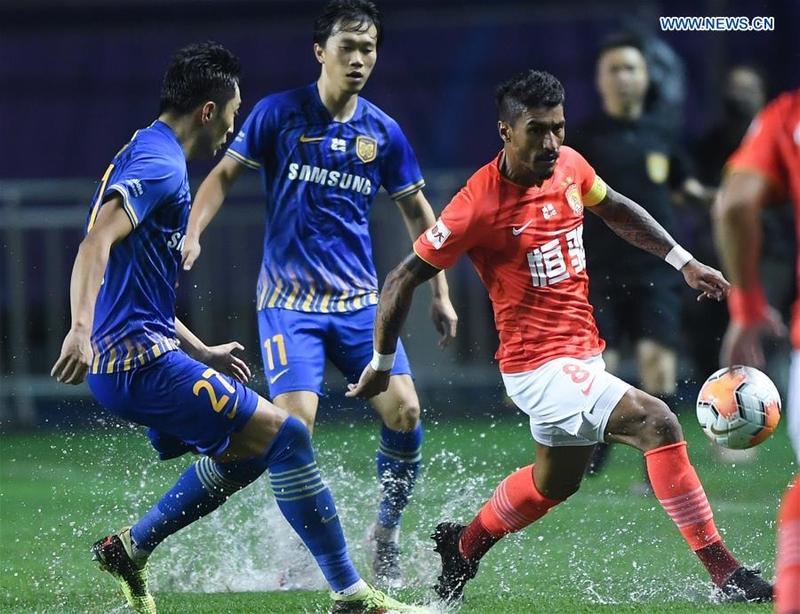 Jiangsu and Guangzhou staged a hard-fought game with constant clashes. Alex Teixeira opened the scoring for Jiangsu in the remaining minutes of the first half. After He Chao pulled one back for Guangzhou in the 71st minute, Eder Citadin Martins gave Jiangsu the lead again four minutes later.

Guangzhou still ranks first in the group, and will take on Dalian Pro in the group's last round.

Roger Guedes and Graziano Pelle scored in the first half to seal the win, which helped Shandong build an unassailable lead with 23 points in the Dalian group. 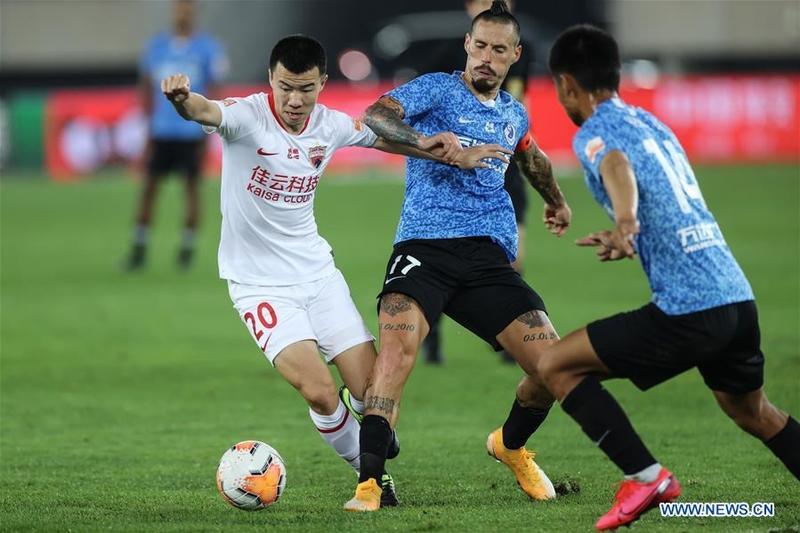 The 16-team CSL was split into two groups, with each group of eight teams based respectively in Dalian and Suzhou. Both groups will play 14 rounds in the first phase, which is to end next Monday.

The top four finishers of each group will form a new group, to be based in Suzhou, to fight for the first to eighth positions of the season in the second phase, which will be held between Oct 16 to Dec 12.

The remaining eight teams of the league will form the other group, to be based in Dalian, to fight off relegation, with the last to be relegated and the second to last set to vie for a berth for the next CSL season with the winner of the second-tier league.