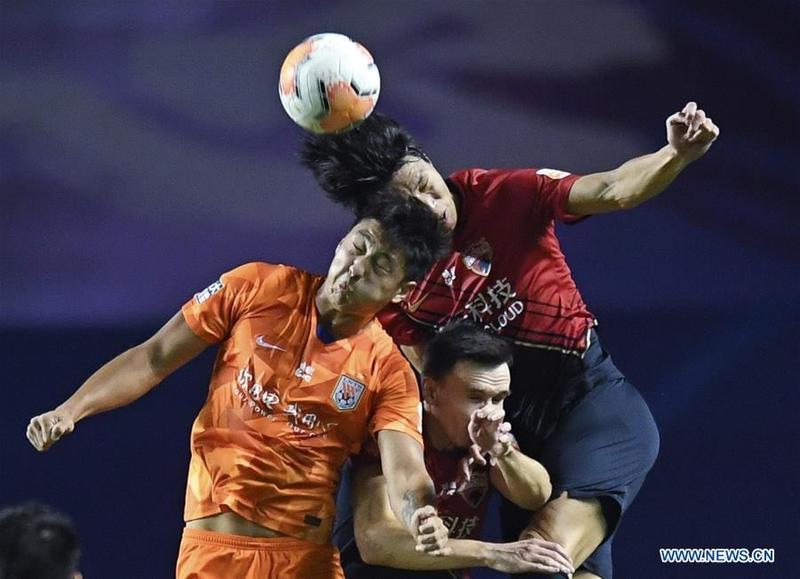 Although Shenzhen FC's Gao Lin managed to pull one back in the 63rd minute by seizing the spot-kick, the Shandong based club still successfully took three points, ending their four-round winless run and allowing them to temporarily upgrade to second place.

Hours later, Jiangsu Suning regained the second place after playing out a 0-0 stalemate with Shanghai Shenhua.

Although Suning looked like they dominated the game, it was Shenhua who created real threat. The 40th minute saw the Shanghai side's 21-year-old defender Wen Jiabao dribble through the Brazilian Joao Miranda and volleying from a close range, but his shot was denied by Suning goalkeeper Gu Chao.

With only two rounds left after Monday's matches, Shenhua now have a one-point advantage over Shenzhen and Guangzhou R&F, who both gained 14 points on the table, temporarily holding the Dalian division's last ticket to enter the 2020 CSL's title race zone.

Guangzhou Evergrande already secured the first position in this division by 31 points. However, the second and third position also see fierce competition between Jiangsu and Shandong, who gained the same number of points and are ranked only on goal difference.