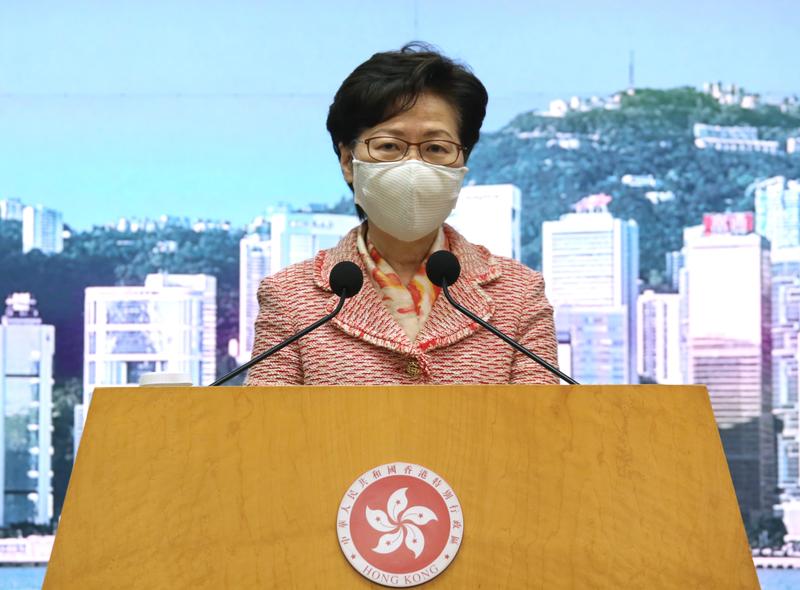 Despite moderating numbers, “we still have unknown cases and it implies that there is silent transmission chain in our community,” Lam said at a weekly briefing on Tuesday before a meeting of her advisory Executive Council.

From Sept 15 to 21, the city recorded 67 new COVID-19 infections, seven of which were of unknown origin, the CE said, citing health data

Bars, pools and theme parks were allowed to reopen last Friday. Bars were allowed to remain open until midnight, and dine-in services at restaurants were extended by two hours, also until 12 am. The limit on public gatherings will be kept at four people.

The restrictions are now due to expire on Oct 1.

The general public and operators of leisure venues that have reopened should not lower their guard, especially when Hong Kong schools will resume face-to-face classes on Wednesday, Lam said.

From Sept 15 to 21, the city recorded 67 new COVID-19 infections, seven of which were of unknown origin, the CE said, citing health data. Of the fresh infections recorded in the past week, two thirds were imported.

Lam gave the reminder as the Centre for Health Protection (CHP) reported eight new coronavirus cases, including five imported cases from India and three local cases linked to previous patients. This brought the city’s tally of confirmed cases to 5,046.

The three local cases included a 30-year-old woman who lived in Tuen Mun, a 14-year-old girl in Wong Tai Sin and a 23-year-old woman in Hung Hom, the CHP said. 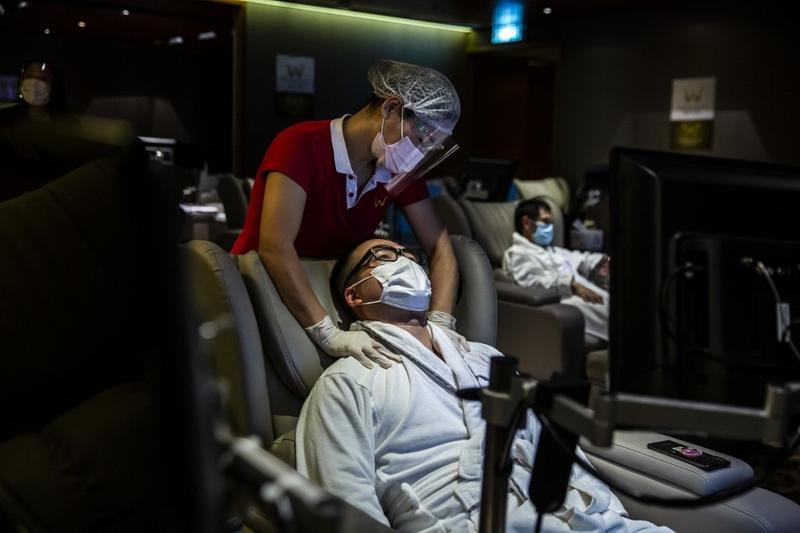 An employee (top) wearing a mask, face shield and gloves gives a customer (bottom) a massage at a bathhouse in Hong Kong on September 18, 2020. (ISAAC LAWRENCE / AFP)

Tuesday marked the second consecutive day that the city registered a single-digit increase after it saw a high of 23 infections, mostly imported, on Sunday.

According to Hong Kong's Hospital Authority, 179 patients are still being treated in hospitals, including 12 in critical condition. The number of deaths related to COVID-19 stood at 103.

Also on Tuesday, Hong Kong Disneyland said it will reopen starting Friday to a reduced number of visitors and with limited days and enhanced health measures, after a shutdown of two months due to the third wave of the epidemic in the city.